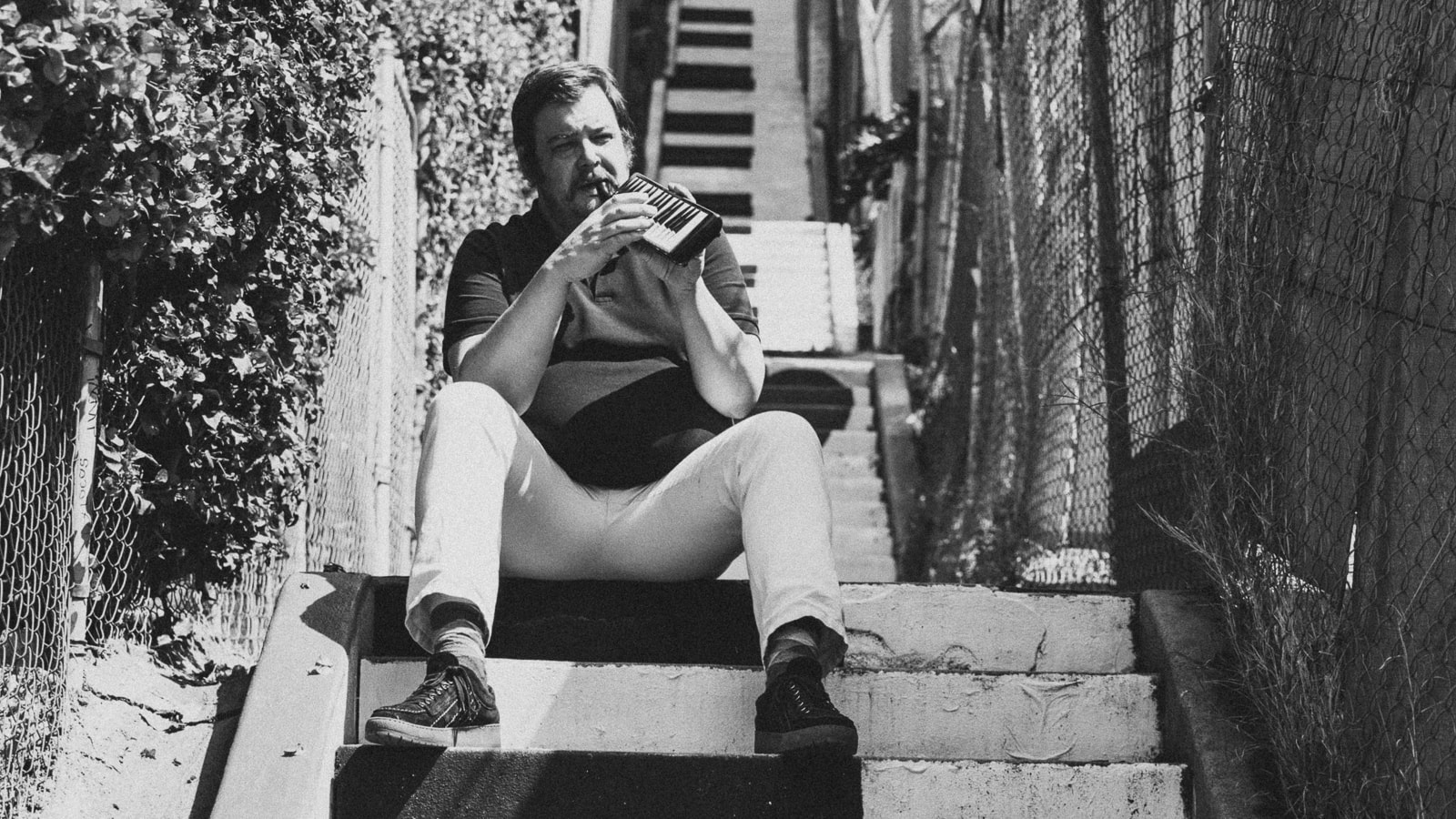 – – –
Doors open 5 pm.
Only cash payment is possible at the drinks and snack stations.
The concert is unseated.
Children under 12 accompanied by their parents are admitted free of charge.

»
Every
chord
a
moment
of
happiness
«
(DIE WELT)

The asphalt concert of Carsten ‘Erobique’ Meyer in 2019 in front of 2,000 people in the Malkasten Park has remained a lasting memory for many festival guests. With a terrific performance, the self-proclaimed ‘last disco punk of Germany’ delighted the dancing crowd and confessed towards the end of the concert: “It’s so beautiful that I have to cry.” No wonder Erobique didn’t hesitate when he received a request to return to Düsseldorf for the festival’s 10th anniversary. The location of his concert this year is the greatest possible contrast to ‘Erobique in the Park’ three years ago: This time, the “living disco ball” (FAZ) will play on the grounds of the Alte Farbwerke in Flingern. It will be a sprawling dance party on cobblestones, with old factory buildings creating a charming, rough and ready atmosphere.

Erobique has to be experienced live. With his unconventional disco music, he breaks up the monotony of beat-mixed laptop DJ culture and delights his fans with sweaty dance marathons, spontaneous ballad interludes and wildly quoted wedding oldies. Releases are rare, Erobique’s hits like ‘Urlaub in Italien’, ‘Easy Mobeasy’ or ‘Überdosis Freude’ need to be enjoyed live and in real exuberant colours. At his concerts, he cuts the finest disco diamonds from the fossils of dance music of the last 50 years, and with spontaneous announcements and improvised banter, he always whips the audience into a frenzy.

“The most versatile entertainer of the republic” (taz).

“Erobique mixes everything from the seventies to the heyday of 12-inch singles with their extended dance mixes, bringing together the best of the two worlds ‘danceable’ and ‘catchy’.” (Stuttgarter Zeitung) 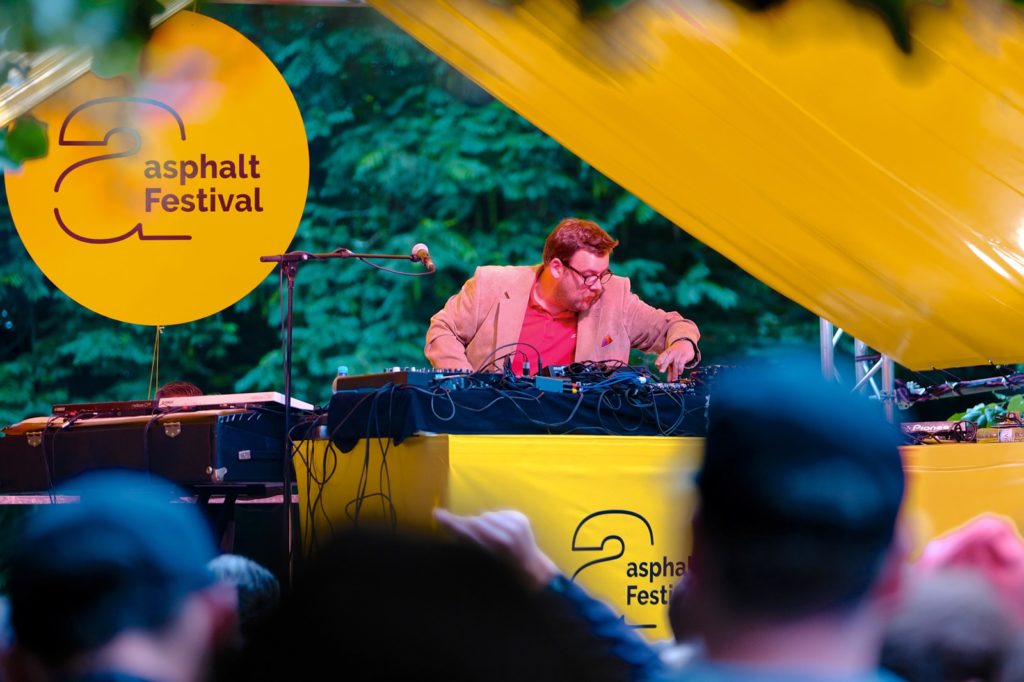 With kind support of Cubit