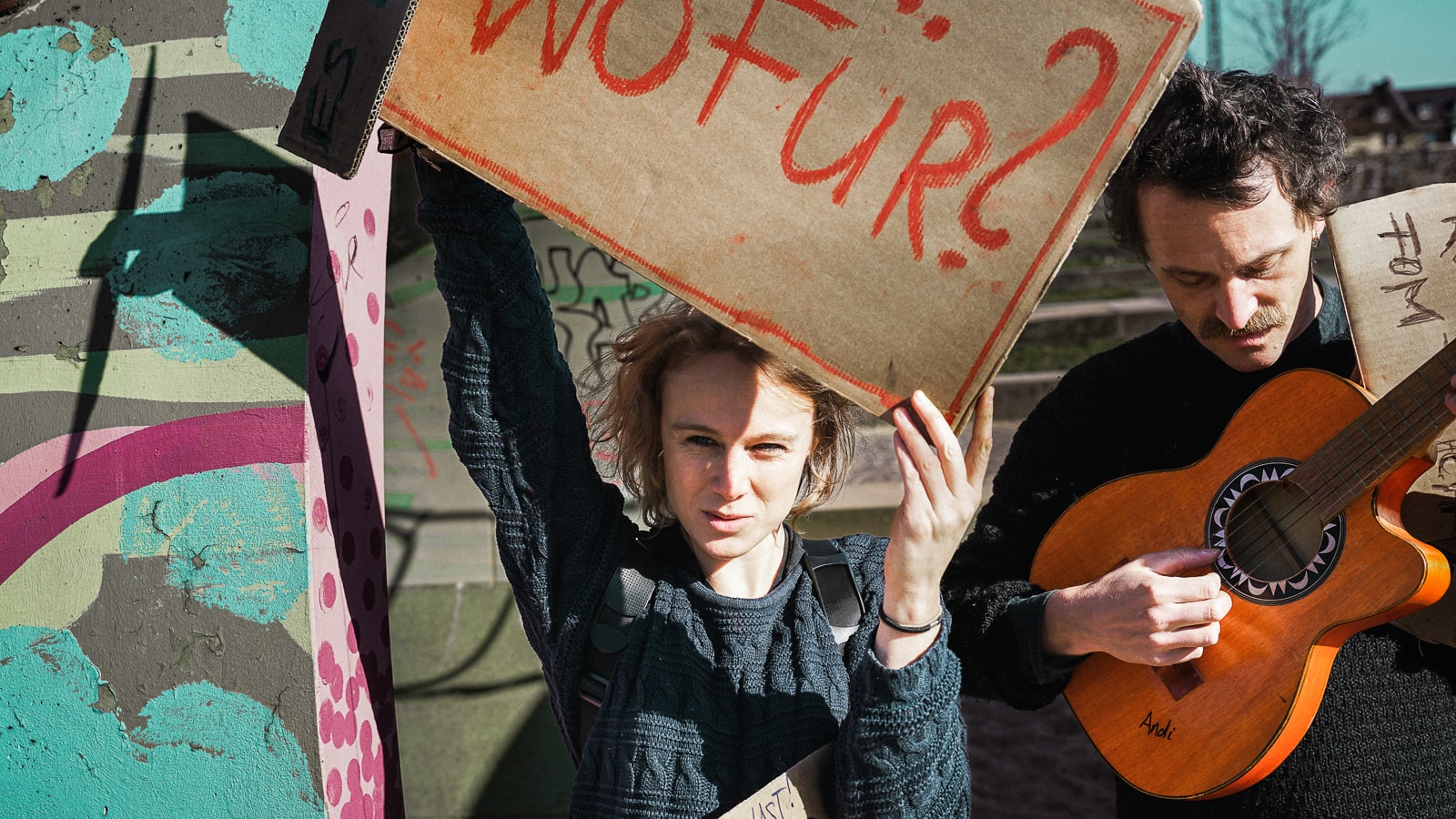 – – –
Event with headphones
The Seebühne at the Schwanenspiegel floats on the water while the audience sits on the terraces at the shore. To connect the audience with the action on stage, a headphone system is used that is sanitised before each use.

Thoughts
of an
Entire
City

A wheel, a few grains and water. Is that all a hamster’s thoughts revolve around when he runs around in his cage? Or is he really dreaming of his escape, of life beyond the bars and unknown adventures? What would we read in his diary? In a piece of musical theatre, actress Anke Retzlaff and multi-instrumentalist Peter Florian Berndt give a voice and body to a little hamster. Together they search for ways out of loneliness, find allies, start a hunger strike, fall in love and quarrel and try to escape each other in a very confined space.

What is worth fighting for? What does freedom mean and where do we find it? And what happens when the hamster wheel suddenly stops and everything seems possible? Is the world ready for such changes? In the search for answers to the big questions of such a small being, the stories of people from the city are also included. Accompanying the production ›Something worth fighting for‹, a mobile collection point is being set up in the middle of the city where visitors can leave personal stories, thoughts and feelings on the subject of freedom, which then will be included in the production. By taking on the life of a hamster, Anke Retzlaff and Peter Florian Berndt exchange big for small, a hamster wheel for freedom, chansons for protest songs, and the records of an individual for the memories of an entire city.

Anke Retzlaff is an actress, musician and director. For her role in the feature film ‘Puppe’ she was nominated for the New Faces Award for Best Newcomer Actress in 2013 and named Best Newcomer Artist in ‘Theater heute’ in 2021. At the ‘Theater der Welt’ festival in Düsseldorf in 2021, her performance ‘Dream Machine’ premiered, in which Berndt and Hoffmann also participated.

Peter Florian Berndt is a musician, songwriter and performer. He has worked as a composer and stage musician at various theatres in Germany. He is an active member of the professional improv theatre ensemble ‘Ernst von Leben’ and an electric guitarist with ‘Los Pistoleros Güeros’.

Paul Jumin Hoffmann is an actor and was a permanent ensemble member of the Junges Schauspiel Düsseldorf for four years. He can be seen regularly not only on theatre stages but also in TV series such as ‘SoKo Köln’ or ‘Polizeiruf’. Hoffmann has already directed various theatre productions together with Anke Retzlaff. 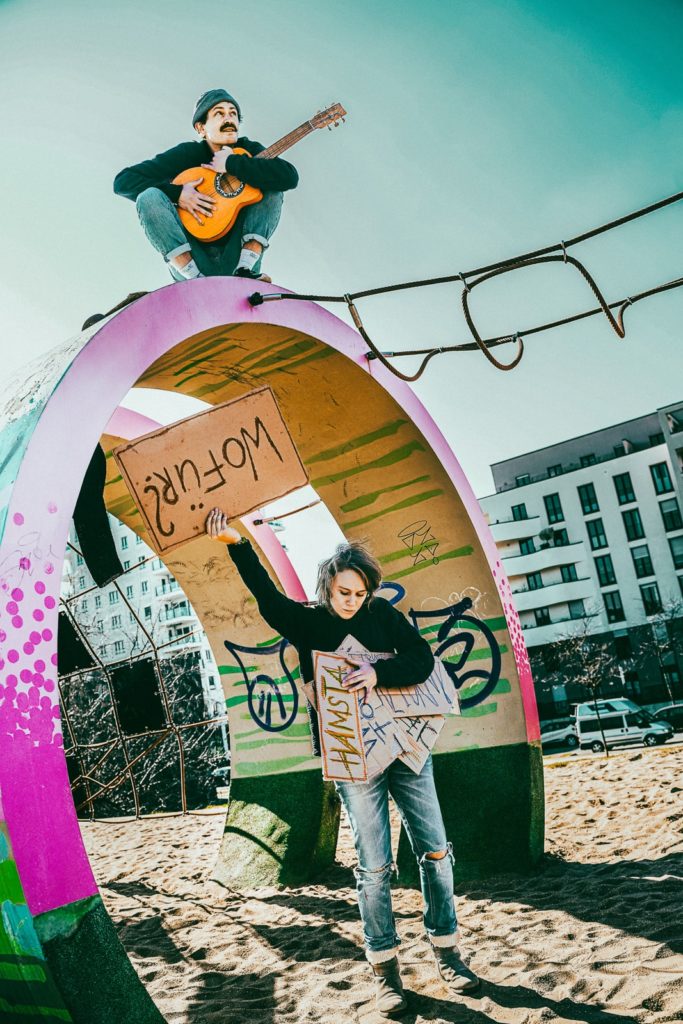 The production is supported by Fonds Darstellende Künste with funds from the Federal Government Commissioner for Culture and the Media as part of NEUSTART KULTUR – within the program #TakeHeart Prozessförderung. The performances take place within the project STADT DER FREUDE, which is funded by the Ministry of Culture and Science of the State of NRW – Regional Cultural Policy NRW (RKP).