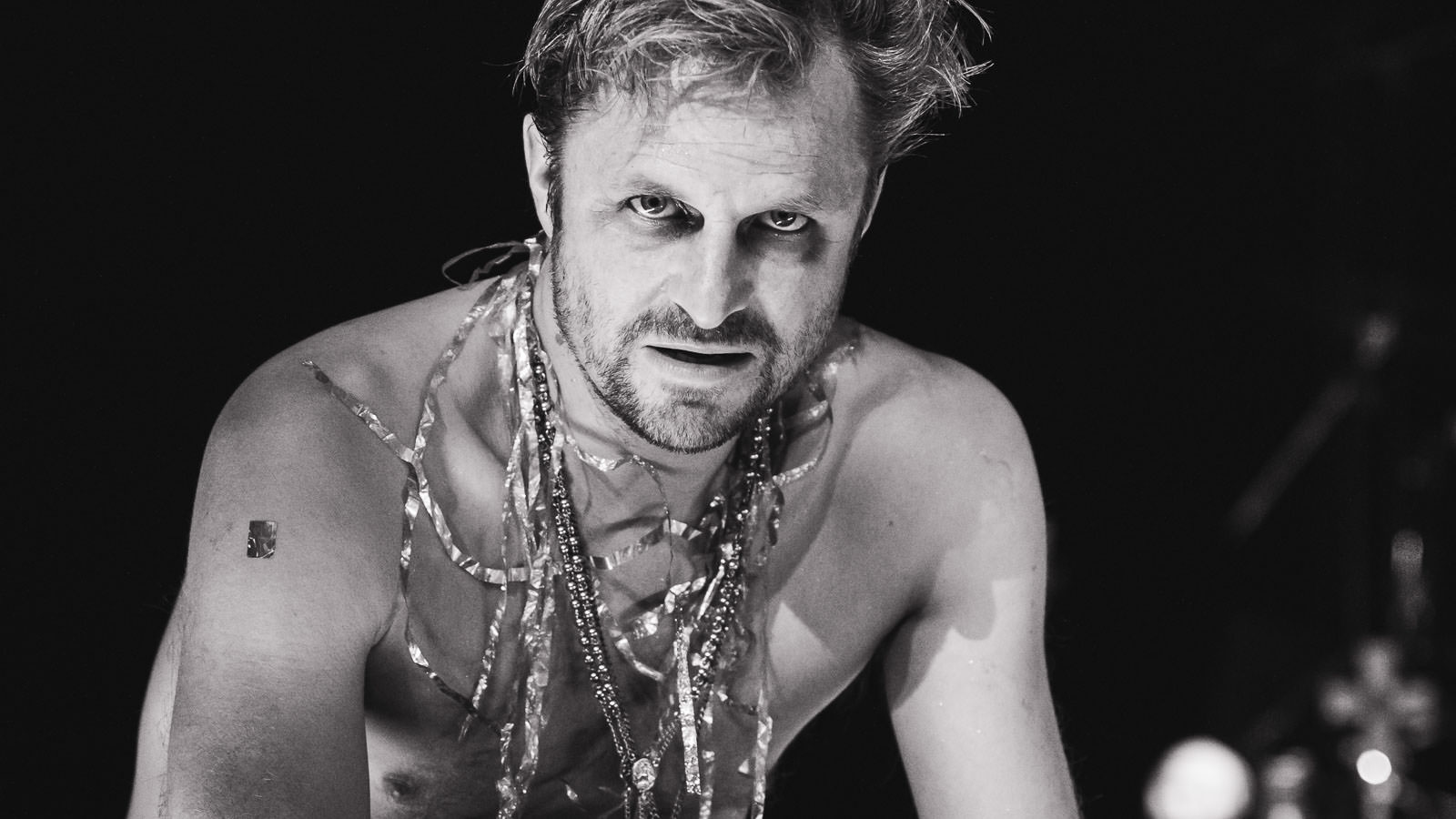 Through the use of electro beats and rock sounds the 100 year old mystery play Jedermann by Hugo von Hofmannsthal is transformed into a modern polyphonic spoken word concert. Just like a rock star, Philipp Hochmair makes the ‘story of the life and death of a wealthy man’ his own with raw, passionate effort. Hochmair slips into every role, his monologue is basically a dialogue with two microphones – one for Jedermann and one for the others. Pushed on by guitar chords and the experimental sounds of the band Die Elektrohand Gottes, Jedermann becomes recognizable as our contemporary, who burns up in his insatiable greed for money, love and ecstasy. The way Hochmair drives Jedermann from the height of his ostentatious life to his grave is an unforgettable event – between life and death he is catapulted by the music into a state of an unimaginable ecstasy.

Philipp Hochmair is an untiring high-energy actor who always gives his all – it is not possible to experience theatre any more intensely. From 2003 to 2009 he was ensemble member of the Wiener Burgtheater, since 2009 he has been performing at the Thaila Theater in Hamburg and on other big theatre stages. The fact that the role of Jedermann appears to have been written for Philipp Hochmair specifically has been known since his legendary understudy performance at the Salzburger Festspiele in the summer of 2018: after Tobias Moretti fell ill Hochmair took over the role with only 30 hours of preparation – with a fury and to the raging applause of the audience. Since then Hochmair, next to Klaus Maria Brandauer, Maximilian Schell or Peter Simonischeck has become part of the illustrious circle of Jedermann-actors. He is known to an even wider audience through his numerous film and TV appearances, amongst others playing the blind inspector in the crime series Blind ermittelt set in Vienna, the forensic pathologist in the series Charité or as the protagonist of the series Vorstadtweiber. Hochmair has been welcomed to the asphalt Festival twice before already: 2018 starring in two Kaftka-evenings, 2017 in the self-destructive solo performance Werther.

“A linguistic, musical, electronic and subversive roller coaster ride through the chasms of a classic – lacking respect and yet suffused with love for sublime literature and quite reasonably its own truth” (Theater heute)

“‘Jedermann’ – an actually ancient drama about the dying of a wealthy man – has never looked as or sounded like this ever before. Naughty and intense, boisterous and without any false awe of the classic-awkward words of von Hofmannsthal; effervescent and in the end exhausted from his own dying, saddened.” (Neue Züricher Zeitung)

“Phiilipp Hochmair manages by himself what others can’t create with the help of an entire theatre production: catching souls.” (Salzburger Nachrichten) 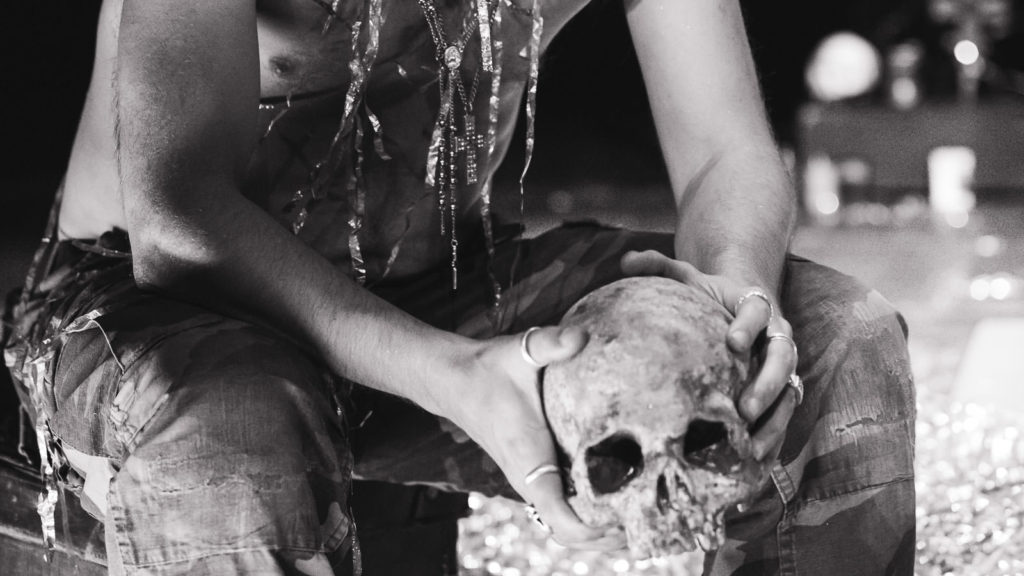