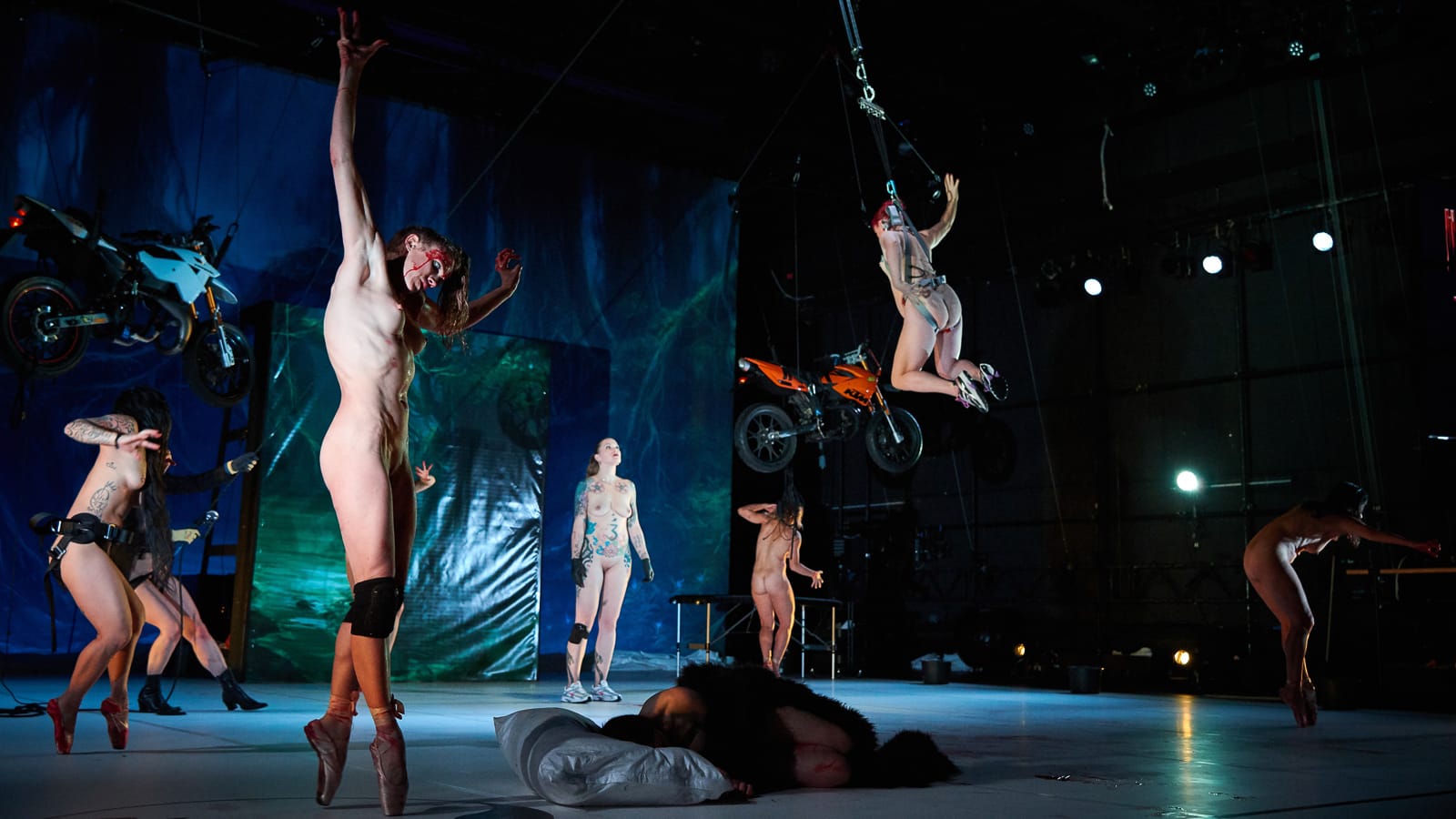 – – –
Duration: 2hrs 15mins, no interval
– – –
with an introduction and subsequent artist’s talk
– – –
in English
– – –
age recommendation: 18+
some scenes include self-injurious behaviour, which may have adverse effects on some viewers. Please note that there is going to be a lot of blood and nudity.

“She doesn’t stop when it hurts”, ‹ZEIT› wrote about Florentina Holzinger, who is currently regarded as one of the most exciting performers. The artist from Vienna enriches the international performance scene with dizzying acrobatics, muscular female bodies and martial arts fight scenes – pop cultural references and a fondness for thrash don’t come up short, either. Her performances have reached cult status and she pushes boundaries – of taste and of her own body. Central to Holzinger’s work is the female body, which she treats as a testing ground for experiments, where anything is possible.

In her new work TANZ she deals with the disciplining of the body through ballet. For this she uses an ensemble of eleven strong women between the ages of 20 and 80, who perform mostly nude and come from a range of different disciplines, such as dance, ballet but also theatre and circus. The protagonist is 80 year old Beatrice Cordua, who for many years used to be John Neumeier’s prima ballerina, and who reached global stardom when she danced the La sacre du printemps in the nude for the first time in 1972. In TANZ Cordua teaches a ballet class the La Sylphide, a ballet performance from 1832 with levitating ‘air spirits’ and sylphlike fairies. It is regarded as the birth of ballet with tutu and point dance and has shaped its image since then. However, Holzinger views the topic from a contemporary, feminist perspective: she drags the idealised world of romantic ballet into the 21st century – without taboos and in a radical and shocking way – and thus creates a true ride to hell. In an operatic setting somewhere between fairy-tale forest and witches’ pandemonium, brutal parodies of images from the world of ballet, comedy and pornography are being created – including spectacular interludes featuring stunts and suspended motorcycles. TANZ is one of the most awarded pieces of 2020 in the German speaking countries: it was invited to the Theatertreffen, was named as the performance of the year in a critics’ survey by ‹Theater heute› and it was nominated for the German theatre award ›Der Faust‹. Holzinger additionally won the Nestroy prize for best director.

Florentina Holzinger (*1986 in Vienna) studied Choreography at the School for New Dance Development (SNDO) in Amsterdam. Her collaboration with Vincent Riebeek in Kein Applaus für Scheiße (2011) and Wellness (2012) furnished her with the reputation as the ‘most provocative emerging talent in choreography’. Her performances are shown at numerous festivals and production houses around the world. Holzinger lives in Vienna and Amsterdam and commences work with the team of René Pollesch at Berliner Volksbühne in 2021.

“In fury lies power lies love: being at one of Florentina Holzinger’s evenings means to feel the future.” (SZ-Magazin)

“The Austrian performance artist and choreographer is master of the art of taking things people usually prefer to avert their eyes from, onto the stage in a way that one enjoys looking at them after all.” (Der Falter) 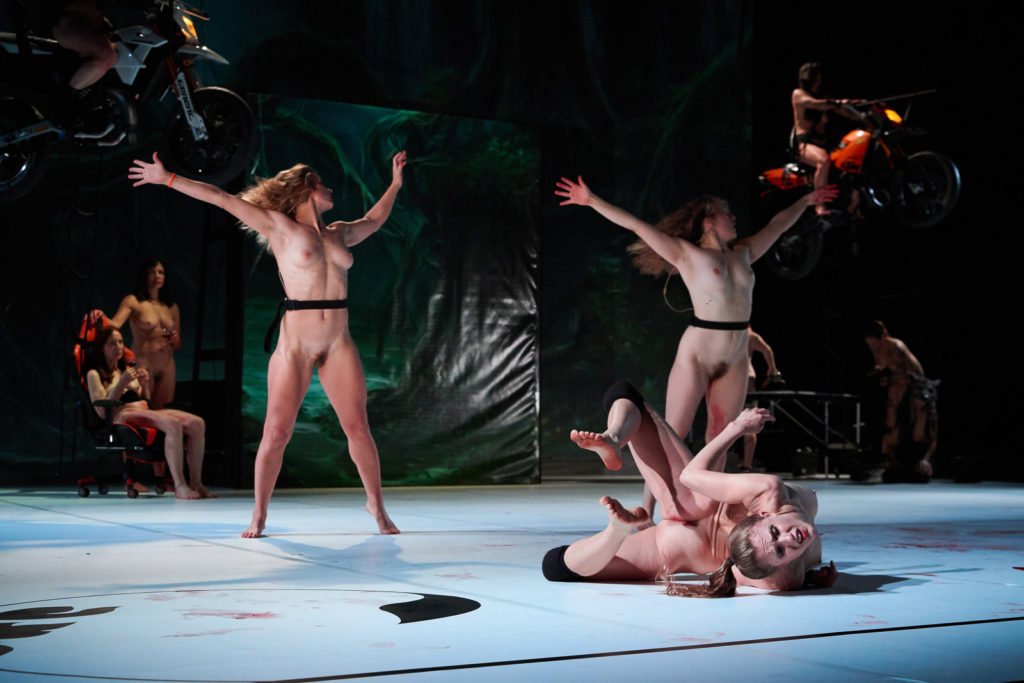 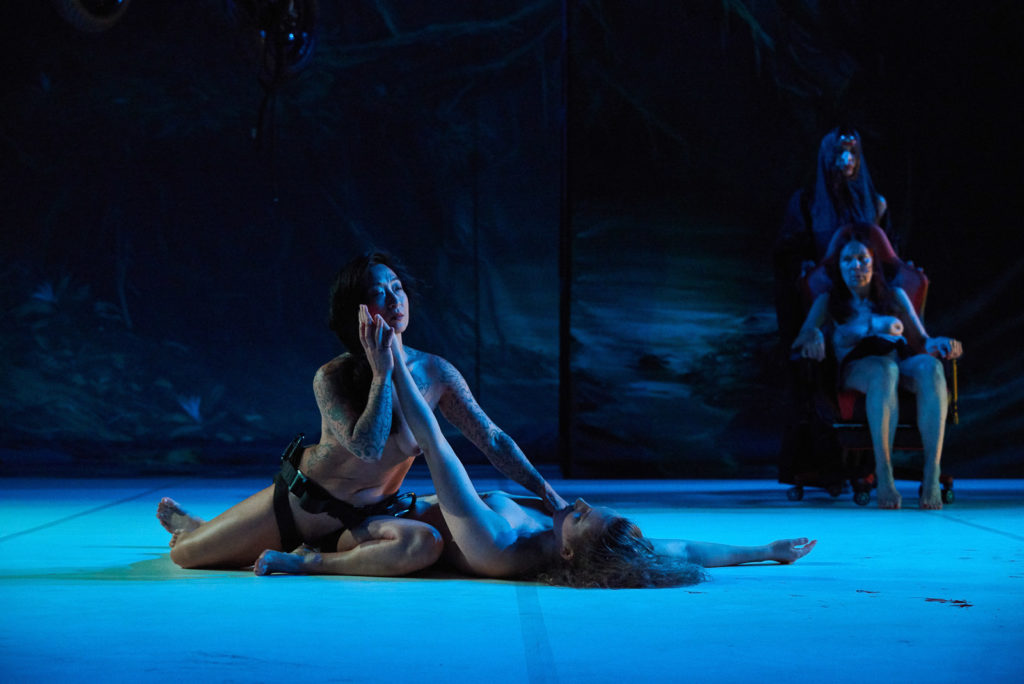 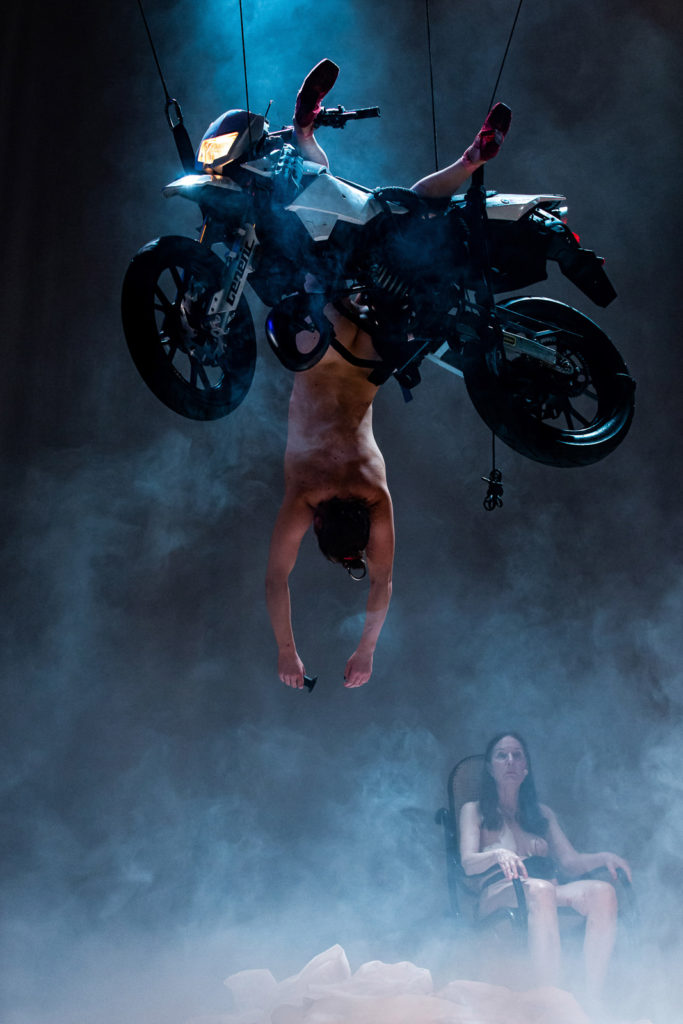 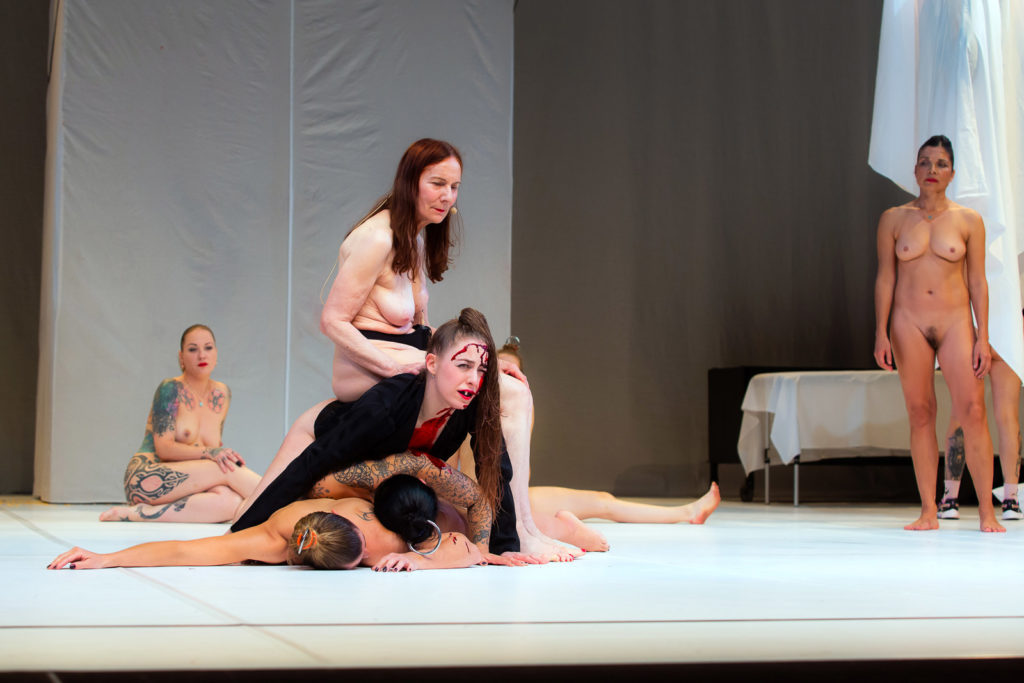 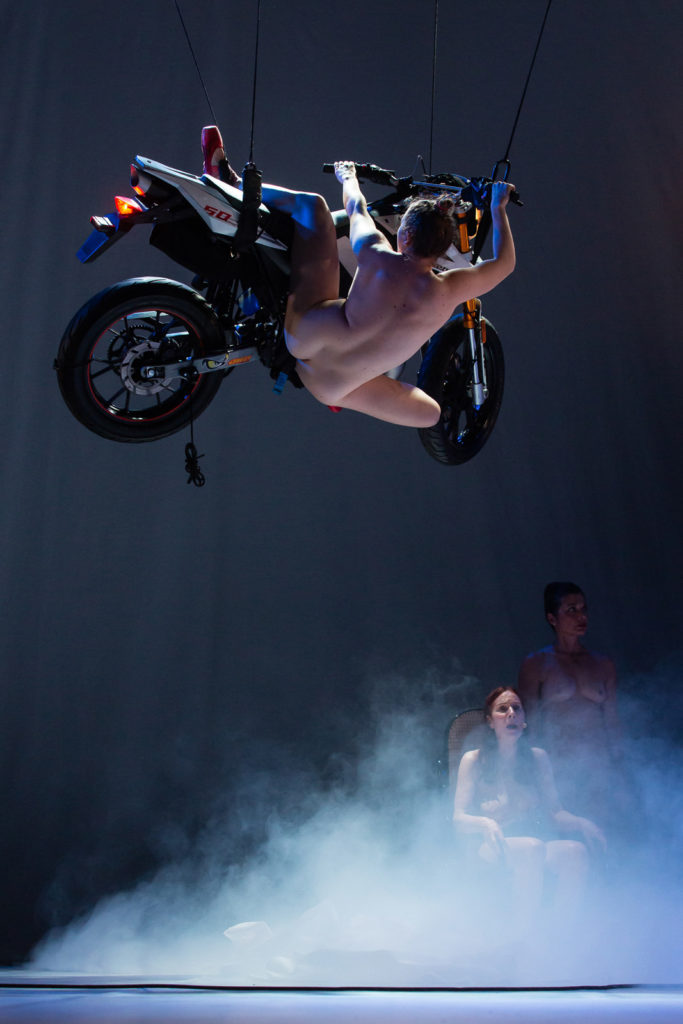 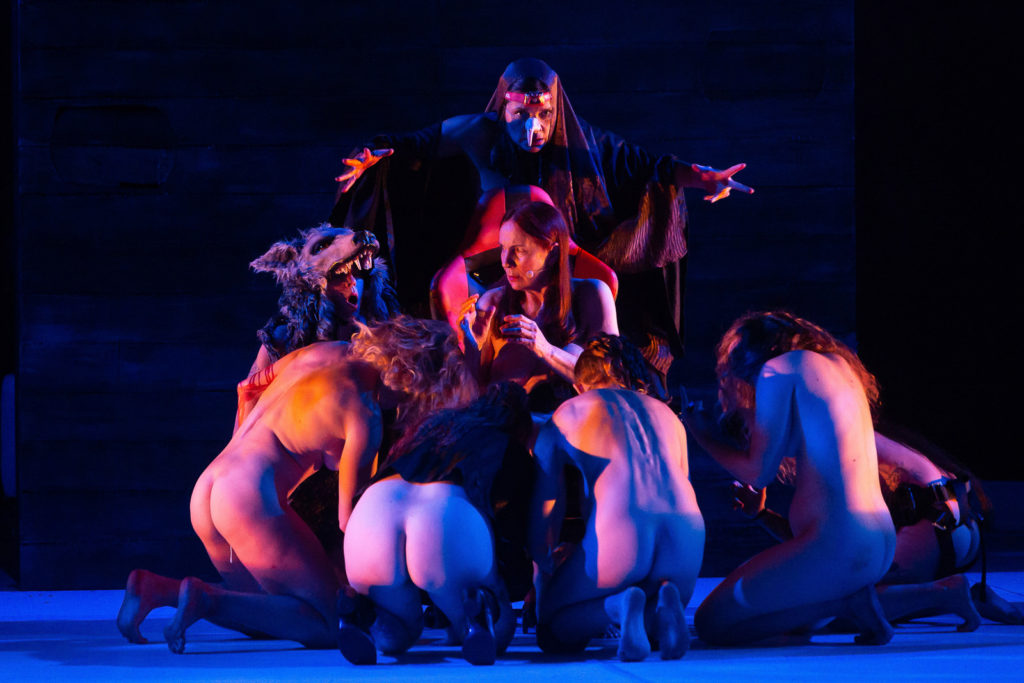