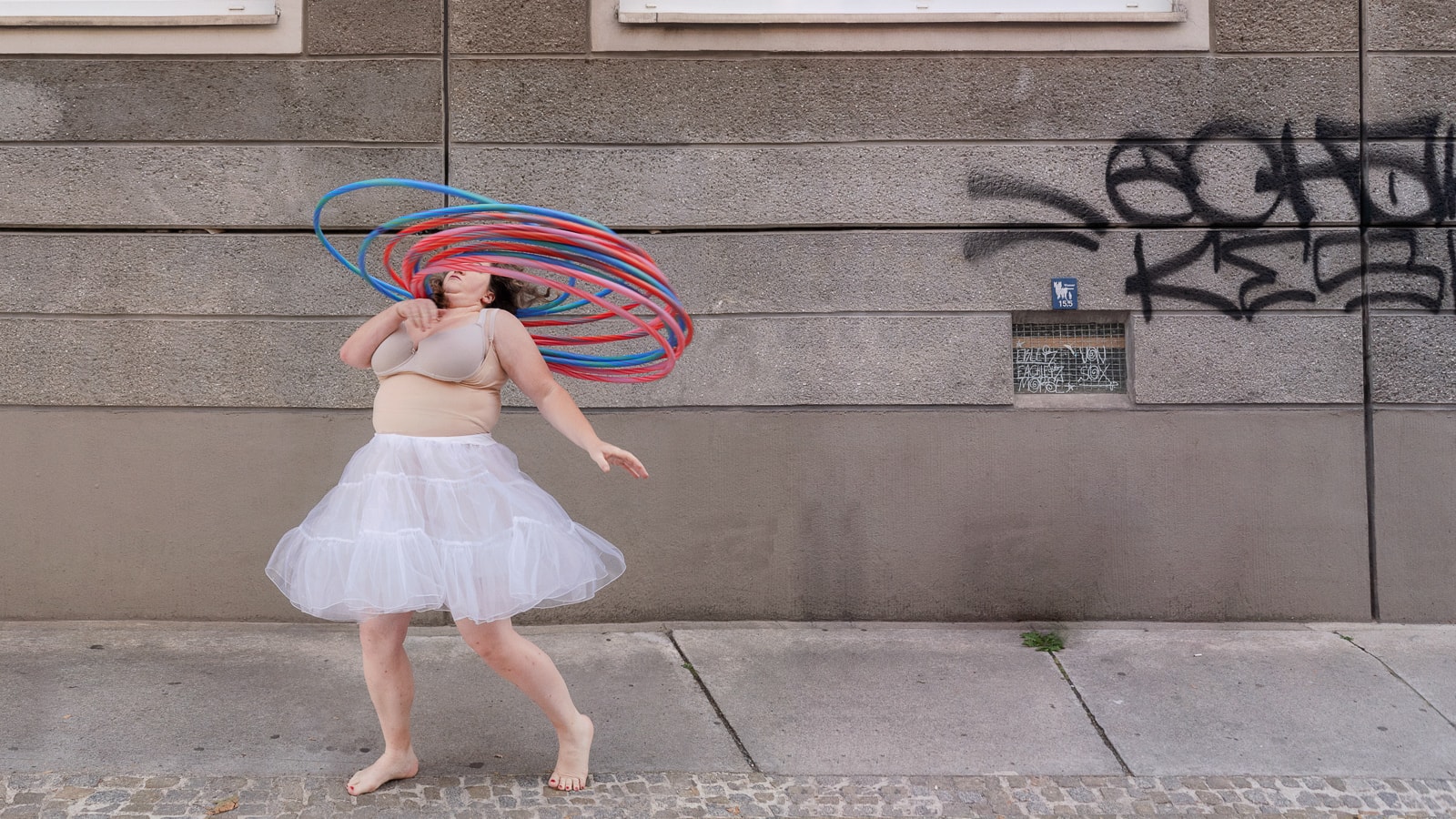 – – –
Duration: 90 min. with interval
– – –
Event with headphones
The Seebühne at the Schwanenspiegel floats on the water while the audience sits on the terraces at the shore. To connect the audience with the action on stage, a headphone system is used that is sanitised before each use.

»
She is
one of
Germany’s
funniest
people
on stage
«
(EMMA)

She dances. She sings. And makes music with probably the most awesome voice since Nina Hagen. Anna Mateur is a magnificent, wondrous phenomenon who, with her fabulous vocal volume and abysmal humour, puts everything in the shade that tries to assert itself in this country in the genres spanning grand art and fringe theatre. The press tries to characterise her as “anti-diva, musical cabaret artist, entertainer, natural phenomenon”, but the pigeonhole thing doesn’t quite work with her. Anna Mateur loves to surprise her audience with the aberrant unexpected.

Anna Maria Vogt aka Anna Mateur, born in Dresden in 1977, studied music and has been touring with various musical formations in German-speaking countries since 2003. She has won many awards, including the Salzburg Bull, the German Fringe Theatre Prize, the German Cabaret Prize and the Bavarian Cabaret Prize. Anna Mateur is always ready to get involved in creative escapades, writes stage programmes, song lyrics and radio columns. She is passionate about systems existing between order and chaos. She has released several CDs so far, a solo radio play and the book ‘Wehwehchen-Atlas’.

“Comparatively many can be serious. Only very few can do such good satire.” (Berliner Morgenpost)

“She is neither a cabaret artist nor a comedian. (…) As a woman she bursts every cliché. This mixture of grandiose body language and disarming comedy has elevated Anna Maria Vogt to cult status some time ago.” (EMMA)

In cooperation with zakk – Centre for Action, Culture and Communication in Düsseldorf