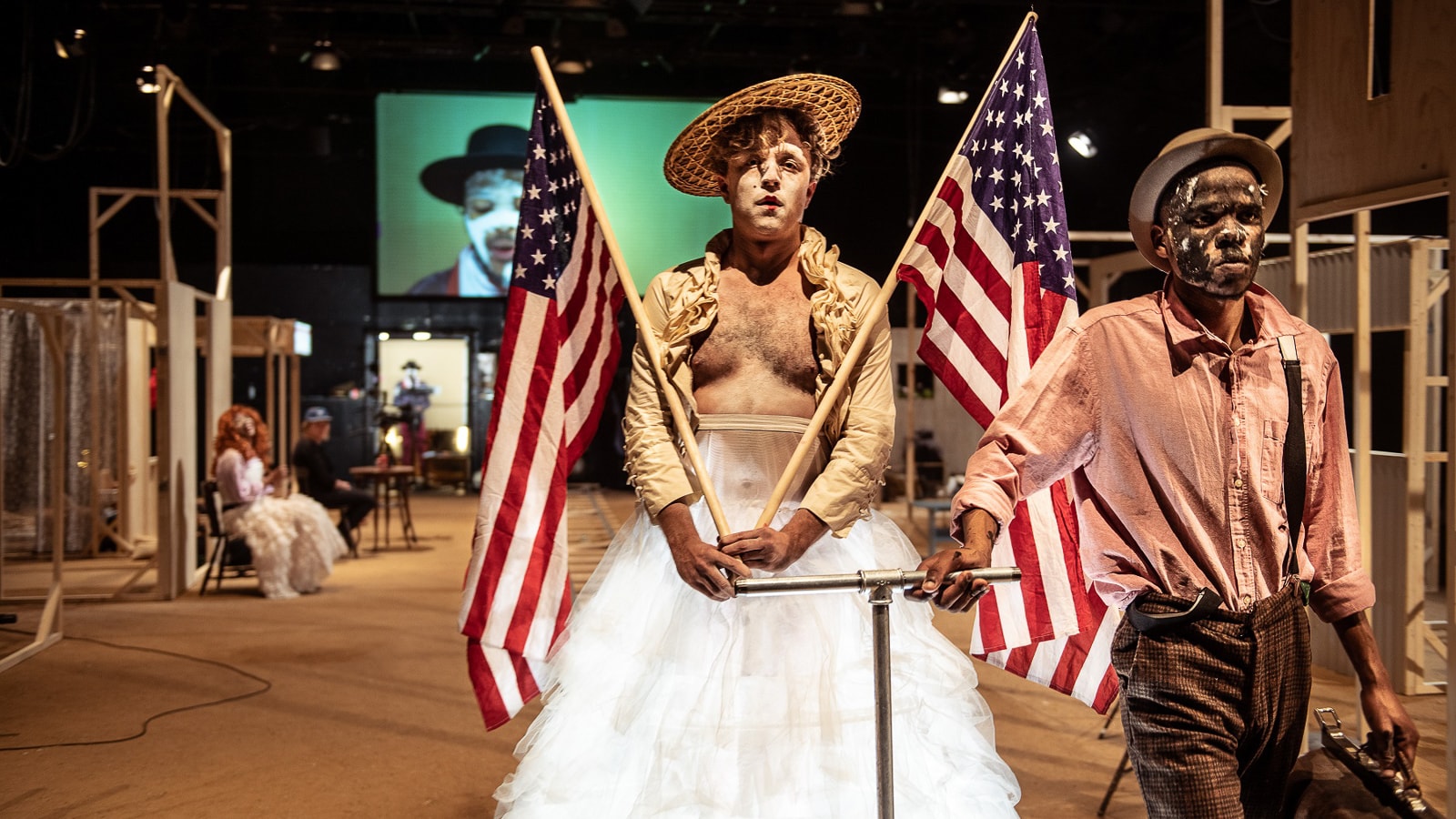 »
A
dynamic
and
explosive
per-formance
«
(CPHCulture)

In a village with a saloon, a gold mine, a railway and a church, built on red clay, seven South African actors are filming a Western – and in the process they expose all the current, romanticising clichés of the genre.

The Danish director Tue Biering and the South African choreographer Nhlanhla Mahlangu developed the multi-award-winning production ‘Dark Noon – a Western about us’ together with actors from Johannesburg and Pretoria. The play delves into the time when millions of impoverished white Europeans fled across the Atlantic to America to build a new life in the Wild West. The immigrants fought for a second chance, wanted to open up land, dig for gold and survive on the American dream. It is a dangerous, often deadly journey – in God’s own country and in the merciless pursuit of happiness, lives are often worthless.

For a long time, history has been portrayed exclusively from the perspective of the white, male population – the expulsion of Native Americans and the accompanying genocide against them do not feature in Westerns. ‘Dark Noon’ analyses the genre in a satirical tour de force traversing the merciless history of American conquest and thus exposes all the more clearly the historically dubious nature of the myths of the Wild West.

The play begins with an empty stage. Little by little, the stage set is erected as the immigrants build their town in the harsh, inhospitable land where not all dreams come true. Almost out of nowhere, ‘Dark Noon’ develops into a large, visually and emotionally gripping theatre spectacle with rapid role changes, an infectious rhythm, singing and hip-hop music in the tradition of South African storytelling. The Europeans are embodied by black actors. In this respect, ‘Dark Noon’ is not only an allegory told from a South African perspective about white colonialism in the African world, but also questions who is allowed to represent whom – a clever commentary on current debates about cultural appropriation.

The Danish performance company Fix & Foxy has been producing theatre pieces, performance art and immersive installations for over ten years. Artistic director Tue Biering and his team are masters at telling complex narratives through playful, entertaining formats while challenging preconceptions. To do this, Fix & Foxy often invite people onto the stage who are rarely shown or represented in theatres. ‘Dark Noon’ was awarded in the category ‘Special Award’ at the Reumert Award 2020, the national Danish theatre award, and was nominated for Stage Design of the Year. At asphalt 2022 it can be seen for the first time ever in Germany.

“It’s different and I dare say it’s brilliant. ‘Dark Noon’ is an excellent example of what modern performing arts can offer!” (Ungt Teaterblod)

“‘Dark Noon’ is a true ensemble performance from start to finish, a cornucopia of ideas, energy and ferocity. Director Tue Biering, together with South African choreographer Nhlanhla Mahlangu, has created a truly unique performance with international potential.” (Danish Arts Council)

“‘Dark Noon’ touched me deeply, gave me goosebumps, made me laugh out loud and caused a lump in my throat.” (Enturikulturland.blogspot.com) 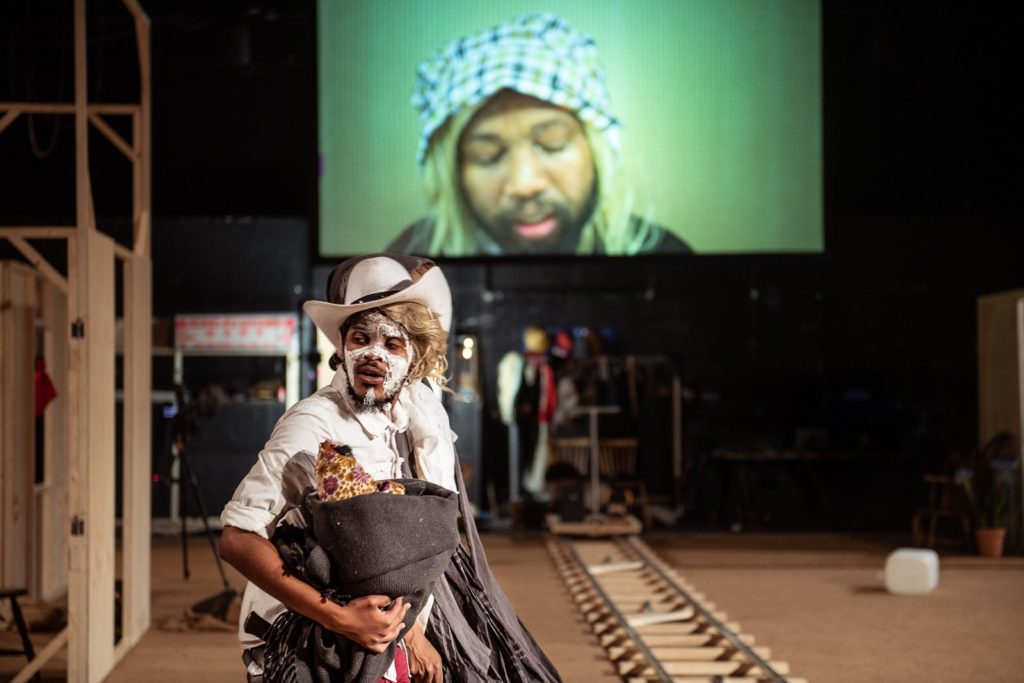 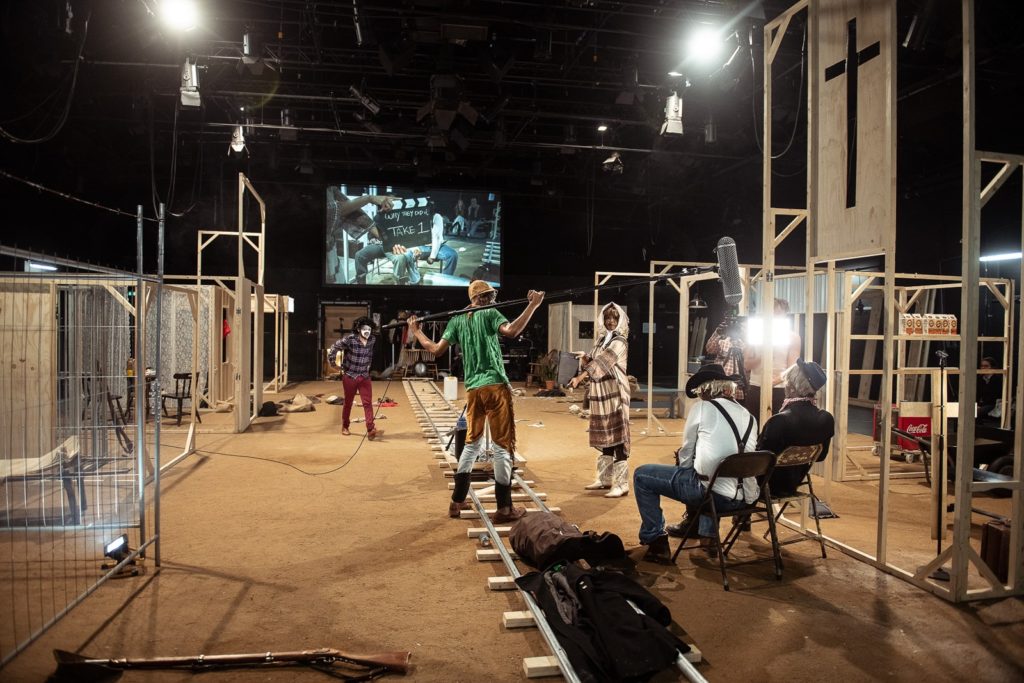 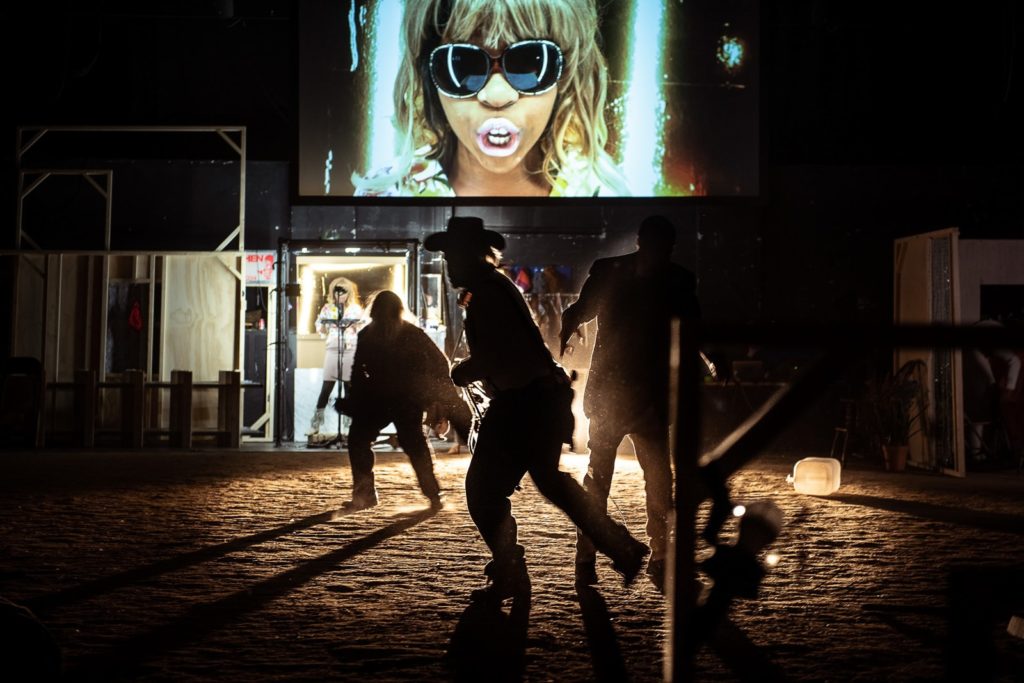 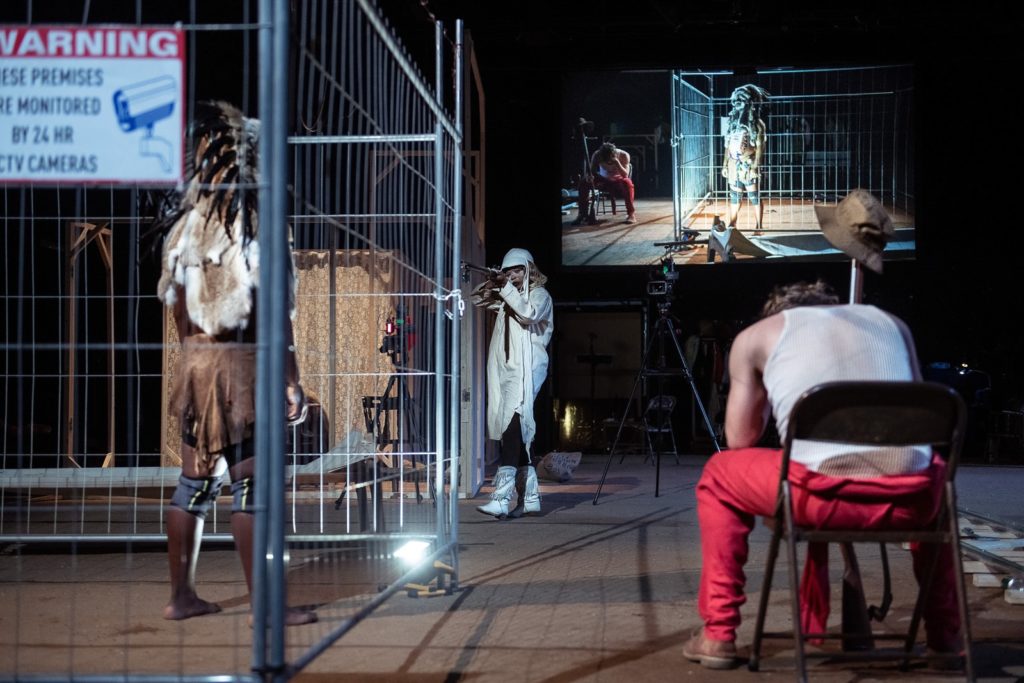 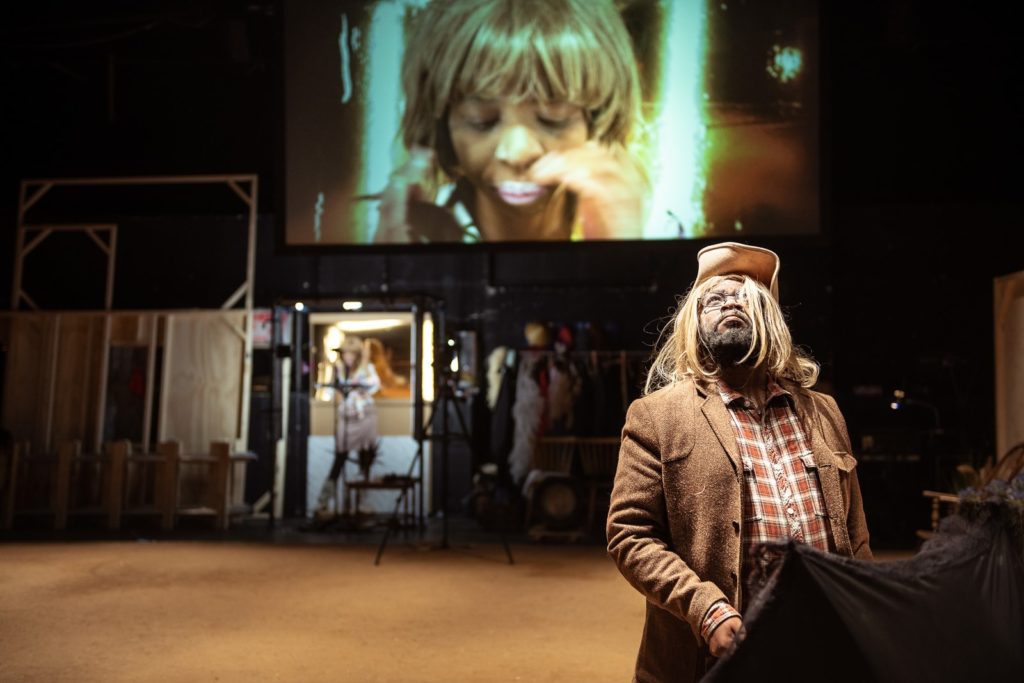 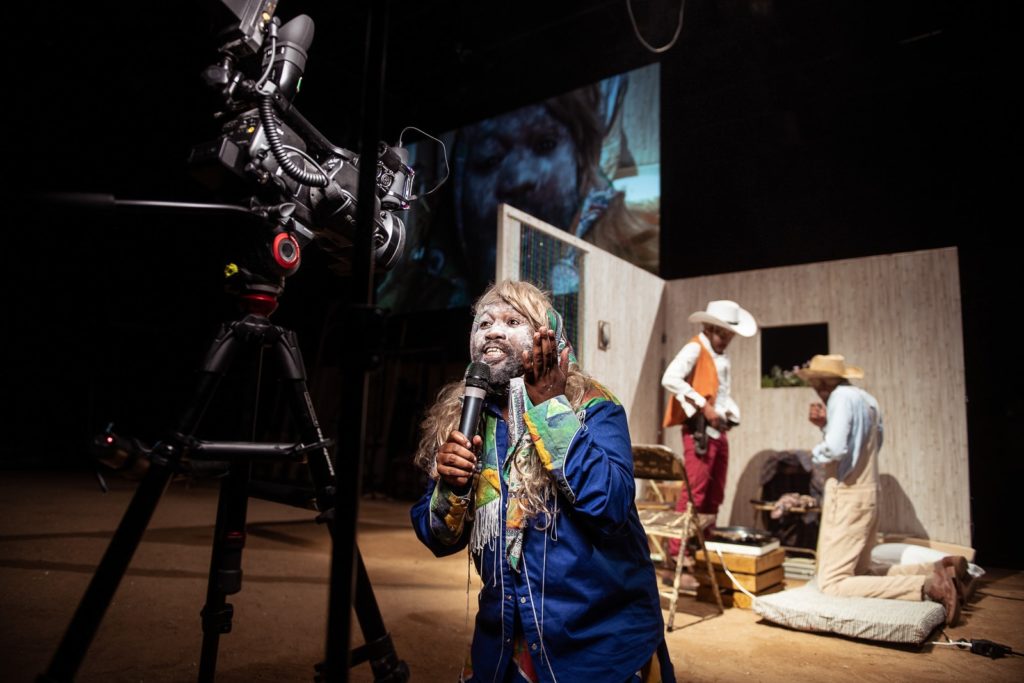 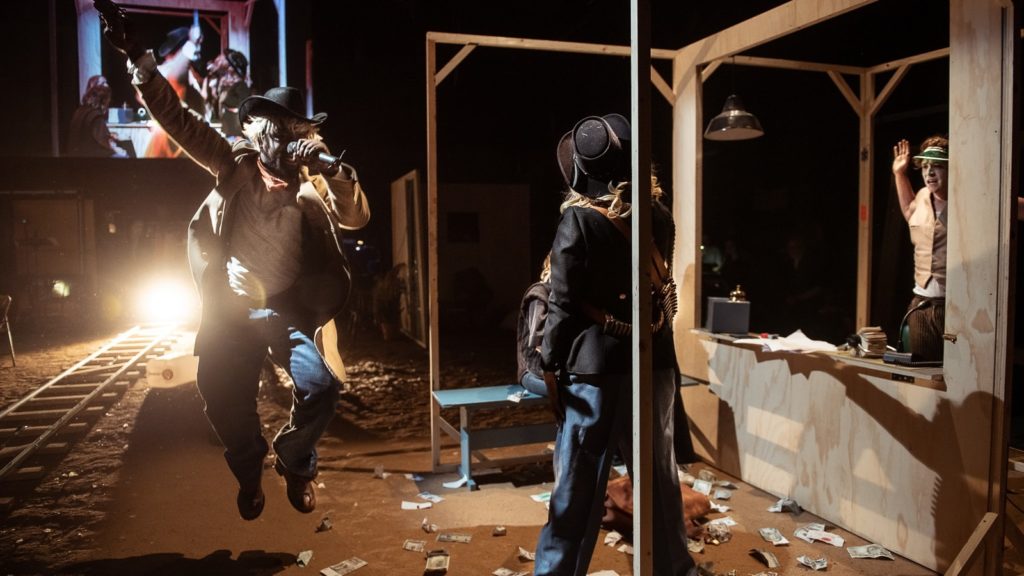