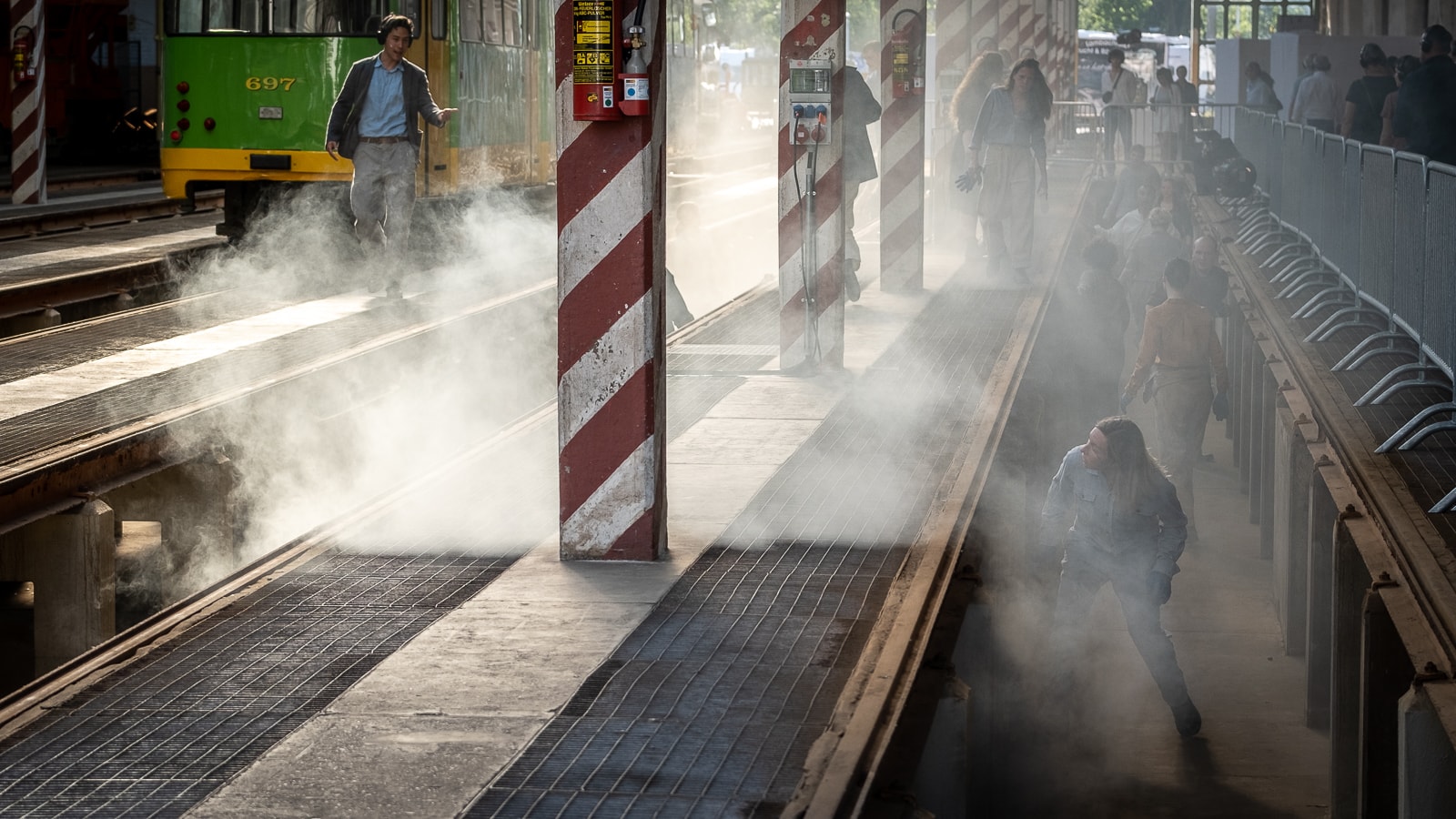 – – –
The performance starts on the forecourt of the City Archive, Worringer Str. 140, 40210 Düsseldorf. From there, a historic Rheinbahn streetcar will take you to the Historischer Betriebshof, Am Steinberg 35, 40225 Düsseldorf. There the main part of the performance takes place and there the event ends.

»
Nobody
wanted
to go to
Germany
«

1942, war is raging in the Ukraine. Young Valentina K. has to watch helplessly as German troops march into her homeland in the most brutal way. Ukraine – like Poland before it – is occupied by German troops and the population is forced to work. At the age of just 17, Valentina K. is deported to Düsseldorf, which is completely foreign to her, to work for the Duewag company, which builds trams in Lierenfeld. Valentina’s story is one of many. More than 20 million people were deported to German Reich territory between 1942 and 1945 to make up for the labour shortage caused by death and the war effort. They came from Holland, Poland, Belarus, Lithuania, Italy, France and Ukraine, among other countries, and kept a country going that brought misery and suffering to their home countries. In the midst of German society, right before the eyes of the German population, they had to do forced labour.

In a fictional autobiographical journey, Theaterkollektiv Pièrre.Vers captures the voice of Valentina K., representative of the millions of people affected. ‘Endstation fern von hier’ is an immersive theatre production that questions German politics of remembrance: How can it be that there are 20 million victims but basically no remembrance? Who is remembered and why? For which crimes is responsibility taken? And which fates remain forever unheard in the shadow of humanity’s greatest crime?

After ‘Schwarz-helle Nacht’, ‘Aktion: Aktion!’ and ‘IM PROCESS’ (selected for the nachtkritik Theatertreffen 2022), ‘Endstation fern von hier’ is the fourth and last part of a performative examination by the theatre collective of historical events from the Nazi era that still shape the city of Düsseldorf and its residents today. The team around director Christof Seeger-Zurmühlen and author Juliane Hendes embarks on a journey back in time that triggers all the more pressing questions for the present. 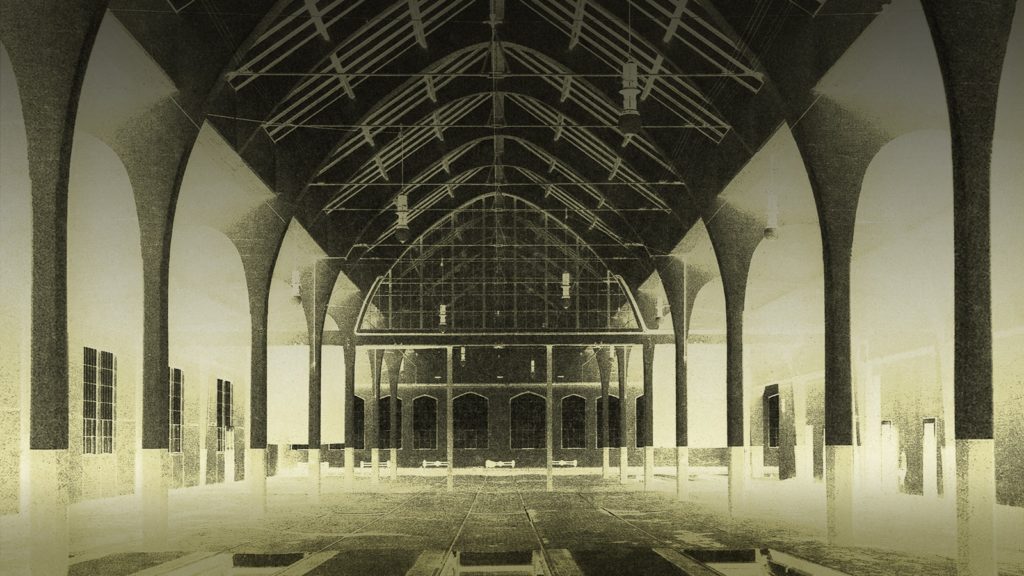 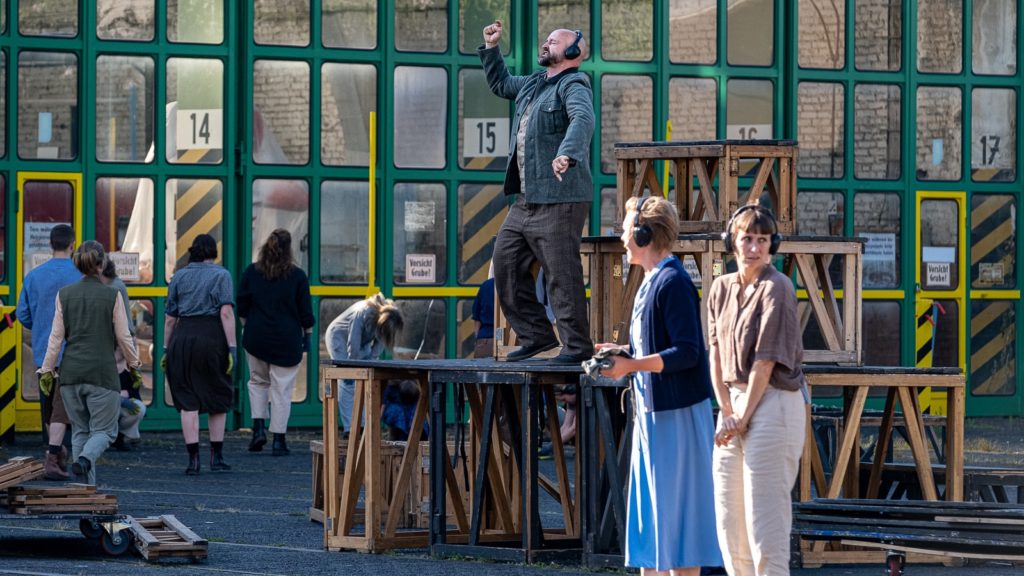 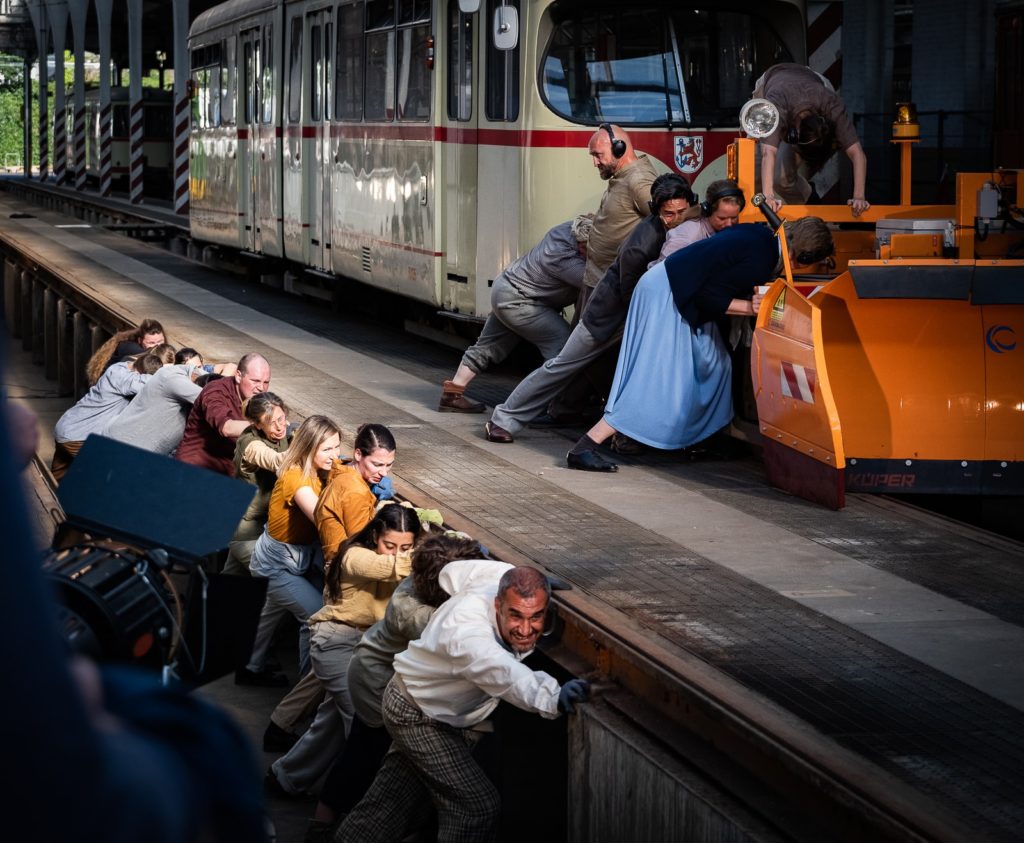 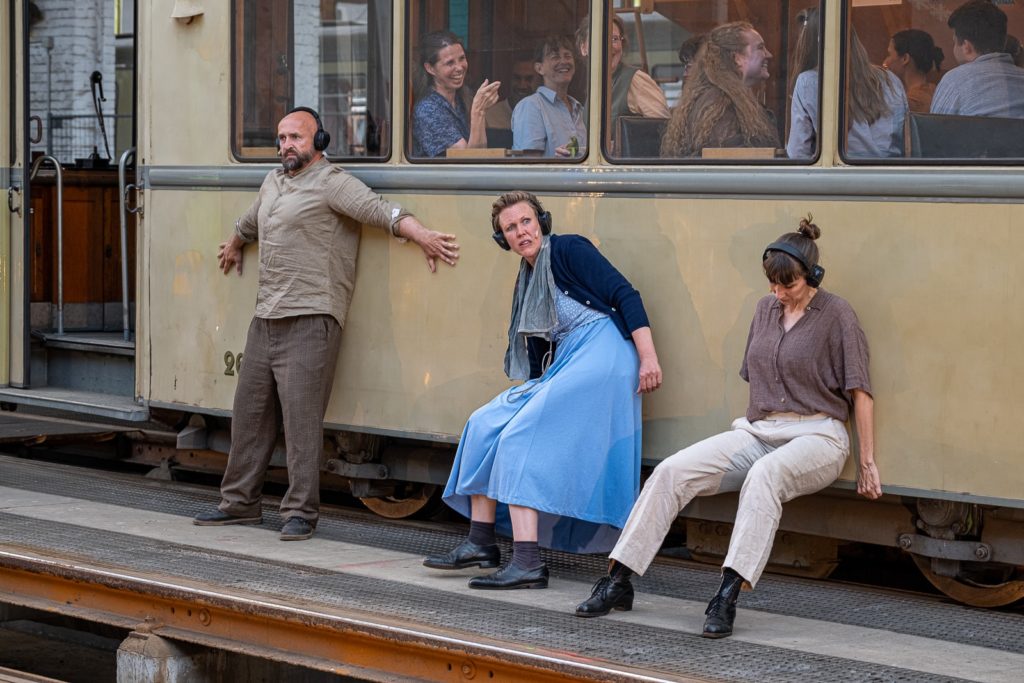 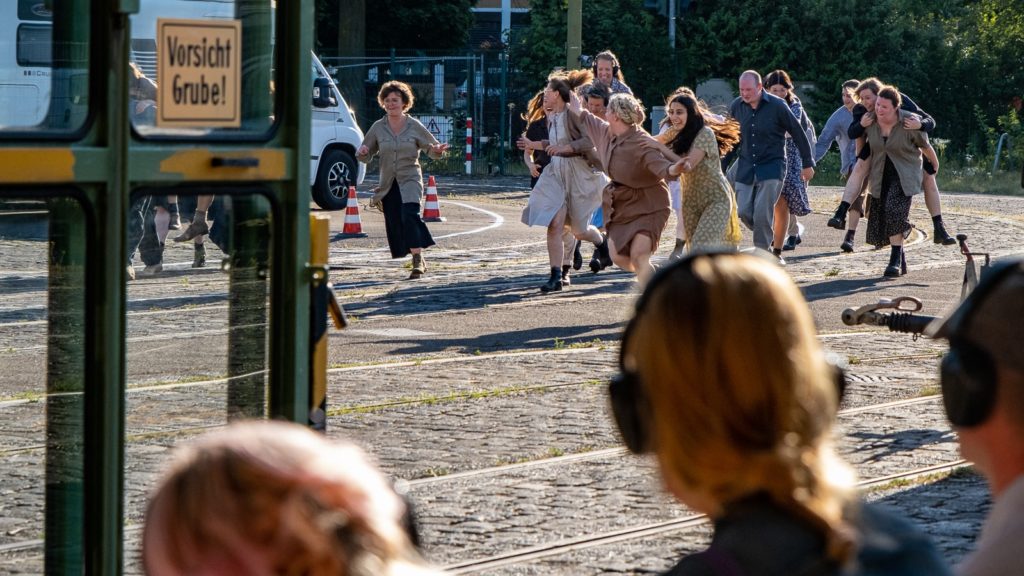 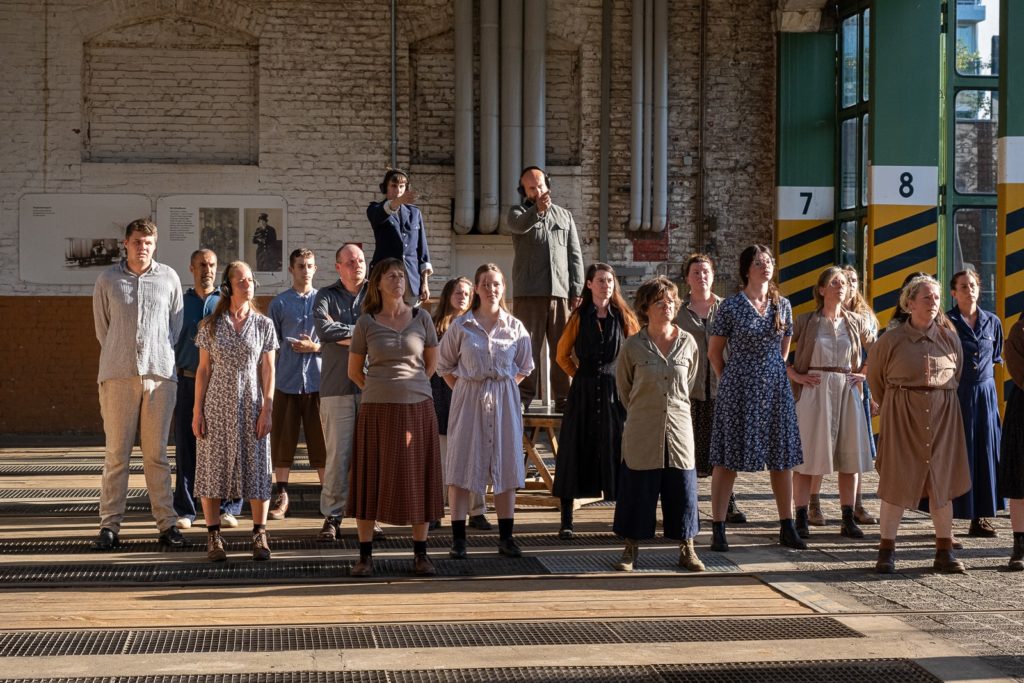 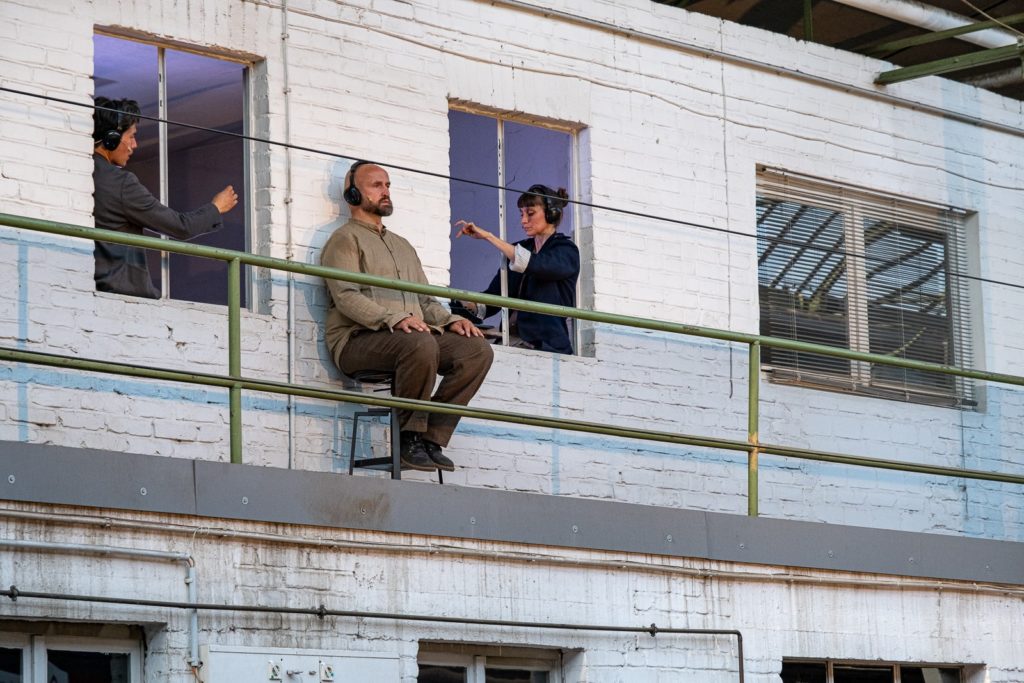 A production by Theaterkollektiv Pièrre.Vers in co-production with asphalt Festival and düsseldorf festival 2022, supported by Fonds Darstellende Künste, the Ministry of Culture and Science of the State of North Rhine-Westphalia, Kunststiftung NRW, Kulturamt Düsseldorf, Kunst- und Kulturstiftung der Stadtsparkasse Düsseldorf and BürgerStiftung Düsseldorf, in cooperation with Mahn- und Gedenkstätte Düsseldorf, Erinnerungsort Alter Schlachthof at the Düsseldorf University, with the kind support of Stadtarchiv Düsseldorf.

Special thanks to the Rheinbahn AG.

The restaging of the production will take place in cooperation with the düsseldorf festival on 4, 5, 7, 9, 10 and 11 November at 6 p.m. each day; advance booking starts on 25 June.