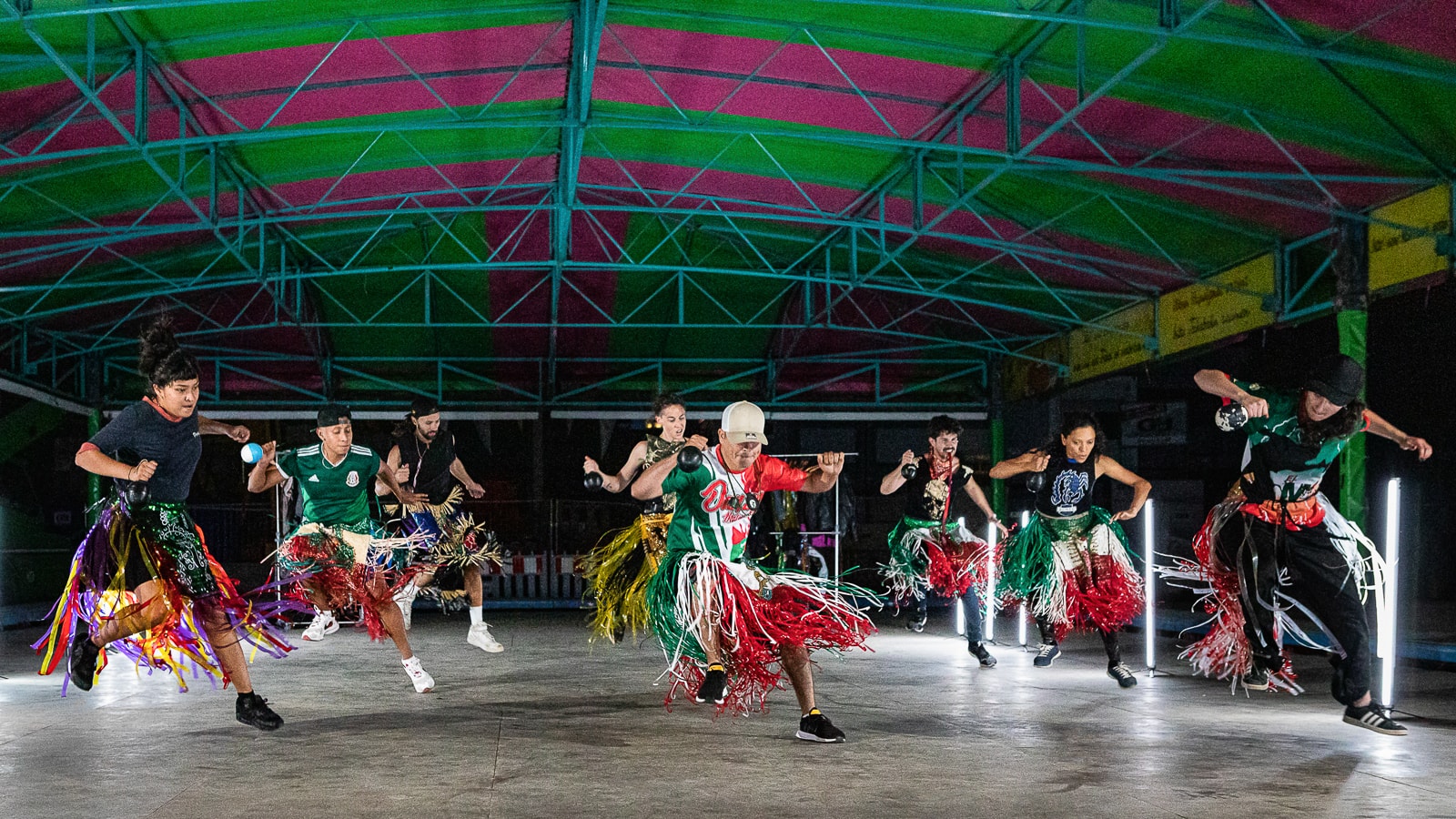 The work ‘Frontera | Border – A Living Monument’ by the Mexican-Chilean choreographer Amanda Piña has its roots in an old dance form that was performed by the Spanish during the conquest of Mexico in the 16th century as ‘Danza de conquista’ to reenact the battles of Muslim Moors and Christians in Europe. This old ‘conquest dance’ was taken up in the 1990s by young people from Matamoros on the border between Mexico and the USA. They updated and established it as an alternative form of self-expression in public space in the Mexican border town, which was dominated by drugs and violence. Amanda Piña uses the transformation of this traditional dance form as inspiration for a choreography that weaves together hip-hop culture, colonial narratives, indigenous practices and mysticism. ‘Frontera I Border’ is a living monument that reminds us that a border is not just a line on a map, but also carves itself into bodies. Moreover, the work is a tribute to the strength and resilience of those who are willing to cross borders.

‘Frontera I Border – A Living Monument’ is the fourth part of Amanda Piña’s project ‘Endangered Human Movements’. The dancer and choreographer, who lives in Vienna and Mexico City, deals with the decolonisation of art in her artistic works, focusing on the political and social power of movement. Piña temporarily abolishes established divisions such as modern and traditional, human and animal or nature and culture and is on the lookout for new framework conditions for the development of art.

Amanda Piña is one of the leading choreographers in Europe. Her works have been shown at the Fondation Cartier pour l’Art Contemporain Paris, MUMOK Museum of Modern Art, Tanzquartier Wien, ImpulsTanz Festival, Royal Festival Hall in London, Museo Universitario del Chopo in Mexico City and HAU – Hebbel am Ufer in Berlin, among others. Since 2008 Piña has been running the gallery space nadaLokal in Vienna together with Swiss visual artist Daniel Zimmermann, with whom she also founded ‘nadaproductions’.

“A powerful, fascinating performance – and an exuberant celebration” (Der Tagesspiegel). 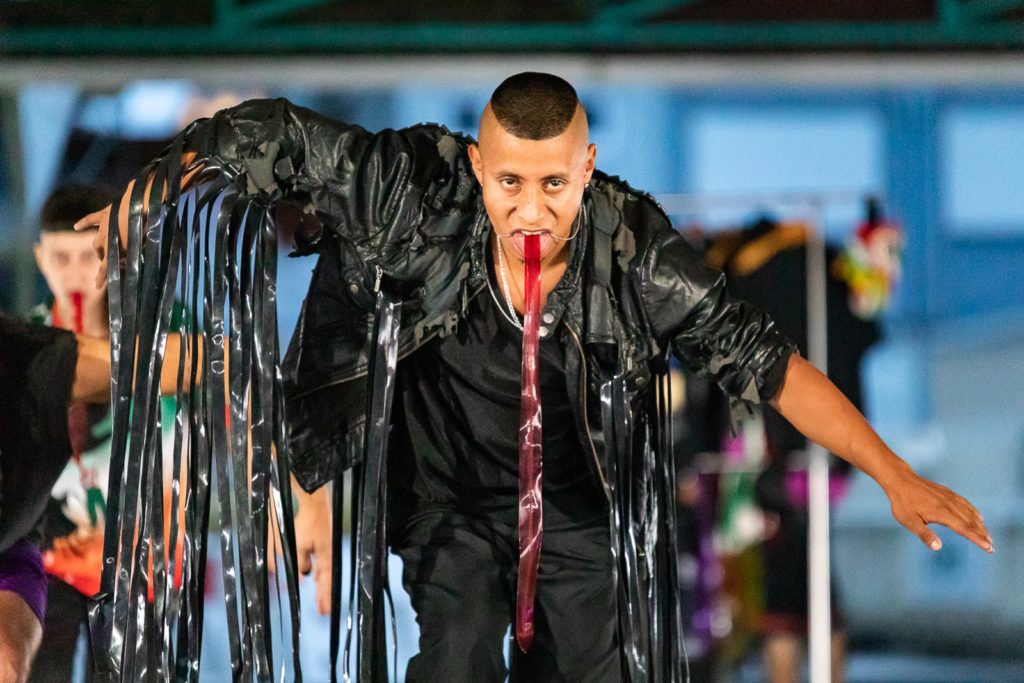 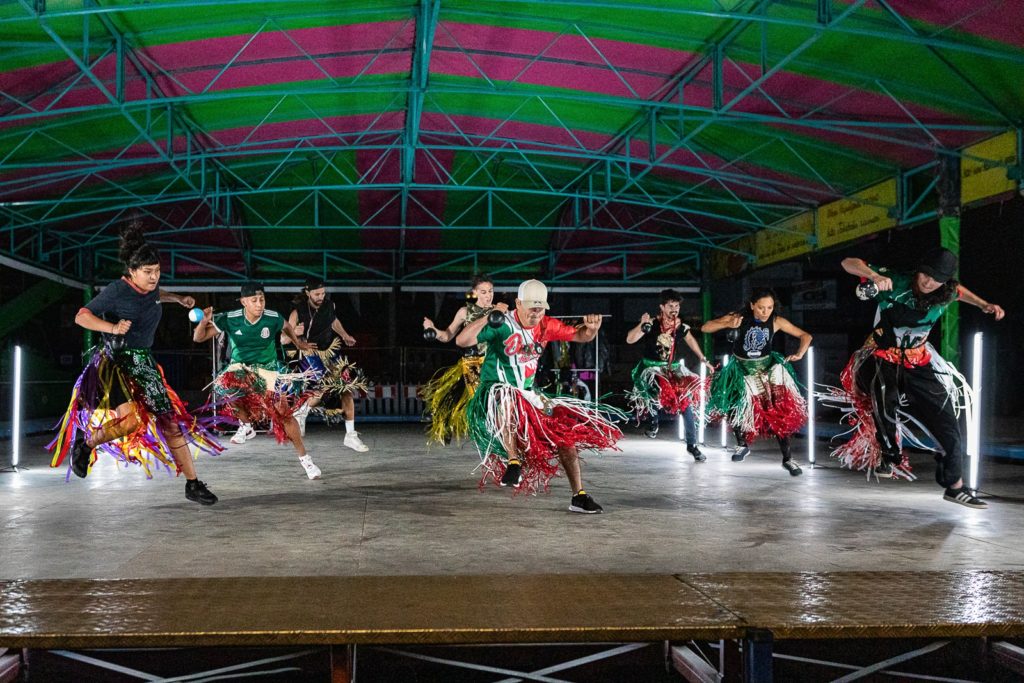 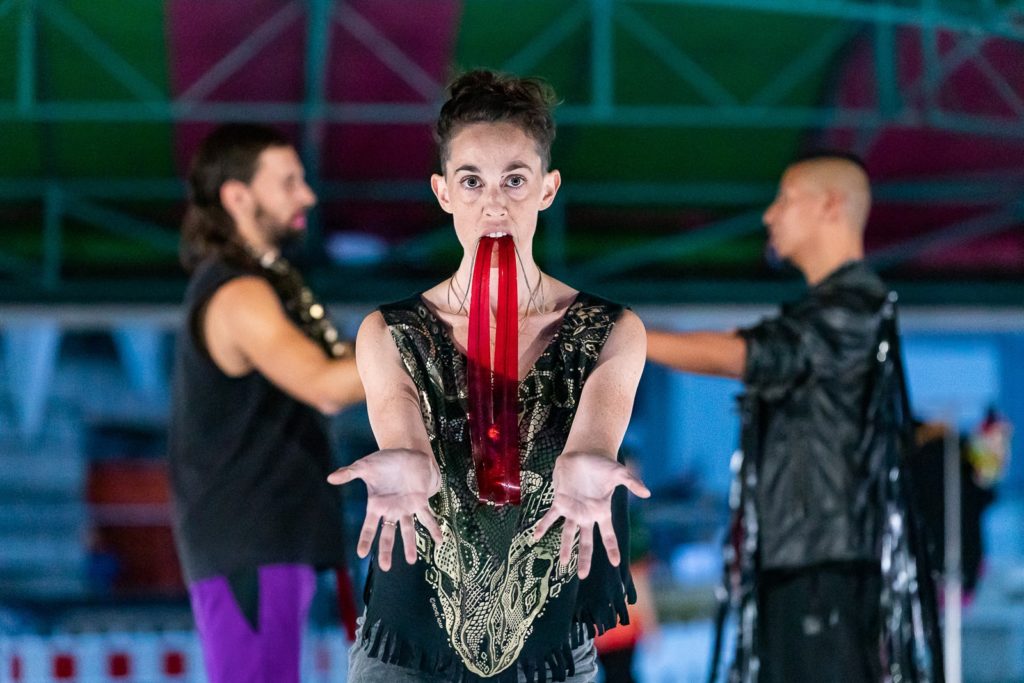 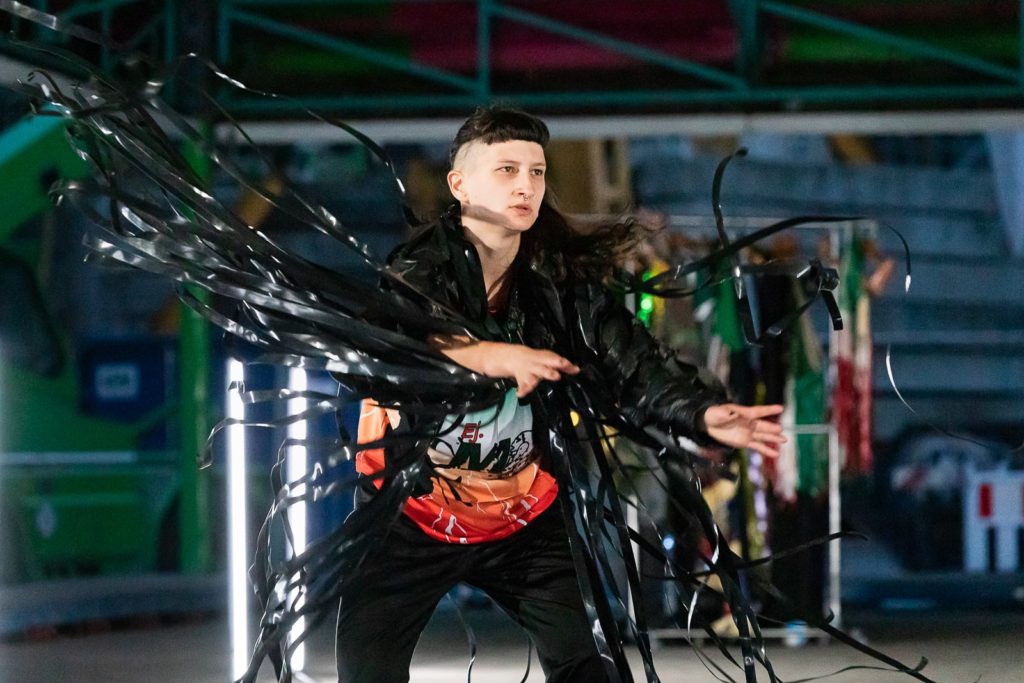 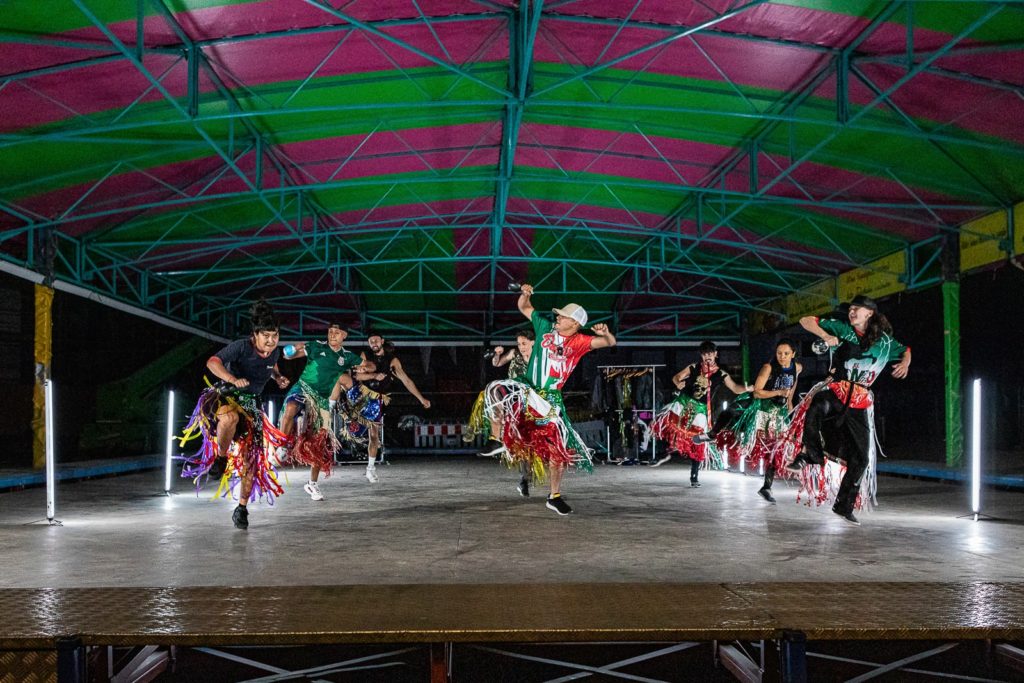 A production of nadaproductions in co-production with asphalt Festival, Kunstenfestivaldesarts, Kiasma Museum of Contemporary Arts Finland and supported by the Cultural Department of the City of Vienna and by Goethe-Institute; supported by the Mexican Ministry of Foreign Affairs, the National School of Folkloric Dance of Mexico, INBA and National Institute of Fine Arts Mexico