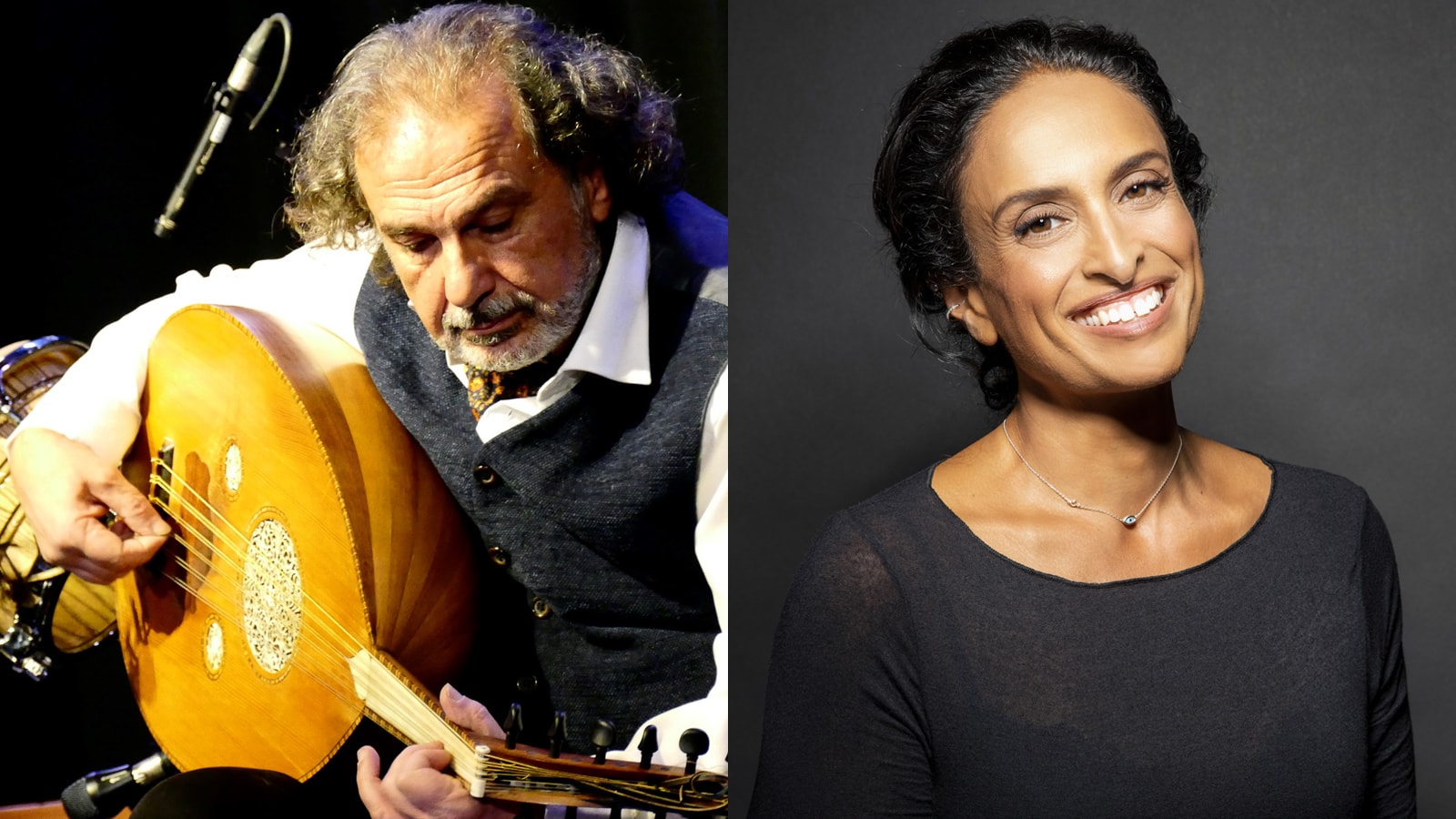 – – –
One ticket is valid for both concerts of the evening. Noa’s performance is scheduled to begin at 8:30 pm. This is an open-air concert, seating is not covered.

Important
voices
of
the
world

Rabih Abou-Khalil is a wanderer between cultures. The oud virtuoso and composer, born in Lebanon and now living in France after a long stay in Germany, combines traditional Arabic music, European classical music and American jazz into a highly intelligent melange, far removed from any world music clichés. Unbiased, with an alert mind, a high level of playful and compositional competence and a good sense of humour, he succeeds in merging the musical worlds in an extraordinary way. His complex compositions combine Arabic cadences and scales, as well as distinctive improvisations. The result is an immensely fresh music – fascinatingly complex, thrillingly brilliant and highly sensual. Rabih Abou-Khalil has already played with jazz greats such as Charlie Mariano or Kenny Wheeler, but also with symphony orchestras and top-class new music ensembles, including the Ensemble Modern, the Balanescu Quartet, the Kronos Quartet, the ARTE Quartet and the BBC Symphony Orchestra. Rabih Abou-Khalil has won many awards – among others, he was awarded five German Jazz Awards in 1999 alone and in 2002 he received an honorary certificate for the German Record Critics’ Prize for his complete works. At the asphalt Festival, Rabih Abou-Khalil will perform with his quartet of the same name and has invited Elina Duni as a special guest. The fantastic singer with Albanian roots combines in her music the sounds of Albania with timeless jazz ballads, French chansons and American folk songs.

Achinoam Nini aka Noa, who grew up in Yemen, Israel and the United States, is a globally acclaimed jazz and pop singer, musician and composer and Israel’s best-known singer-songwriter. She sings in six different languages and her spectrum ranges from jazz to blues, pop and rock. Together with her long-time musical partner, guitarist Gil Dor, Noa has released 15 international albums. She has been promoted by Pat Metheny and Quincy Jones and has performed with legends such as Stevie Wonder, Carlos Santana and Sting. In addition to her artistic activities, Noa is considered Israel’s most prominent cultural advocate of dialogue and coexistence, a ‘voice of peace’. She has received many awards for her peace activities, including the World Economic Forum’s Chrystal Award in 1998. Noa is Israel’s first ambassador to the United Nations Food and Agriculture Organization and is active in a number of human rights and peace organisations in Israel and abroad. At asphalt Festival, Noa and Gil Dor perform in a quartet that includes distinguished instrumentalists Omri and Gadi Seri. They play jazz and pop music in unorthodox arrangements and Noa’s own compositions. 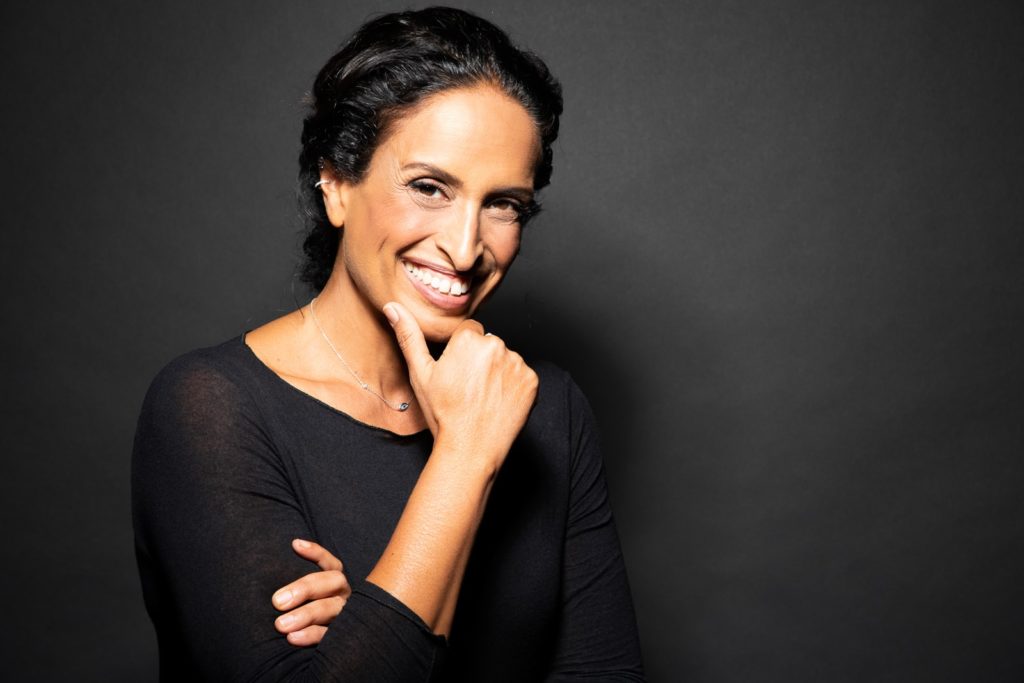 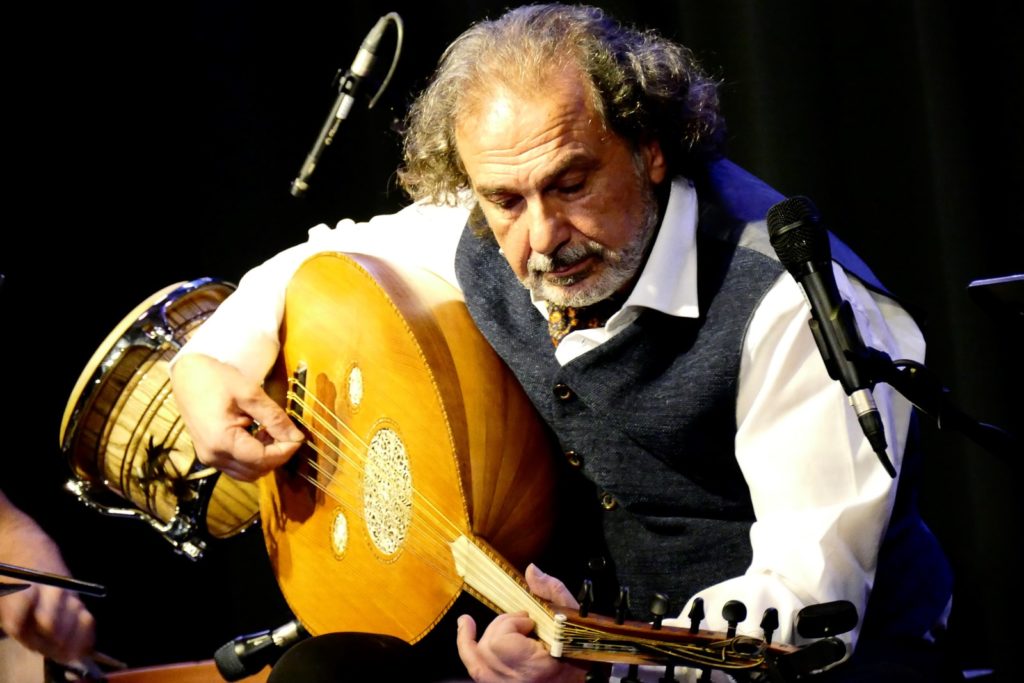 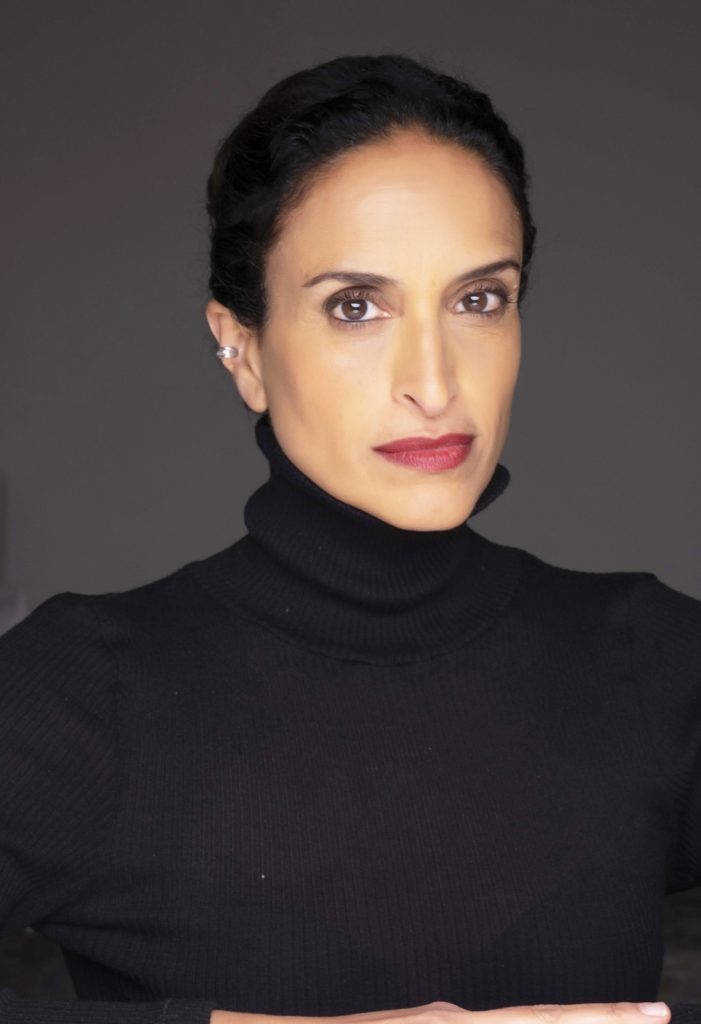 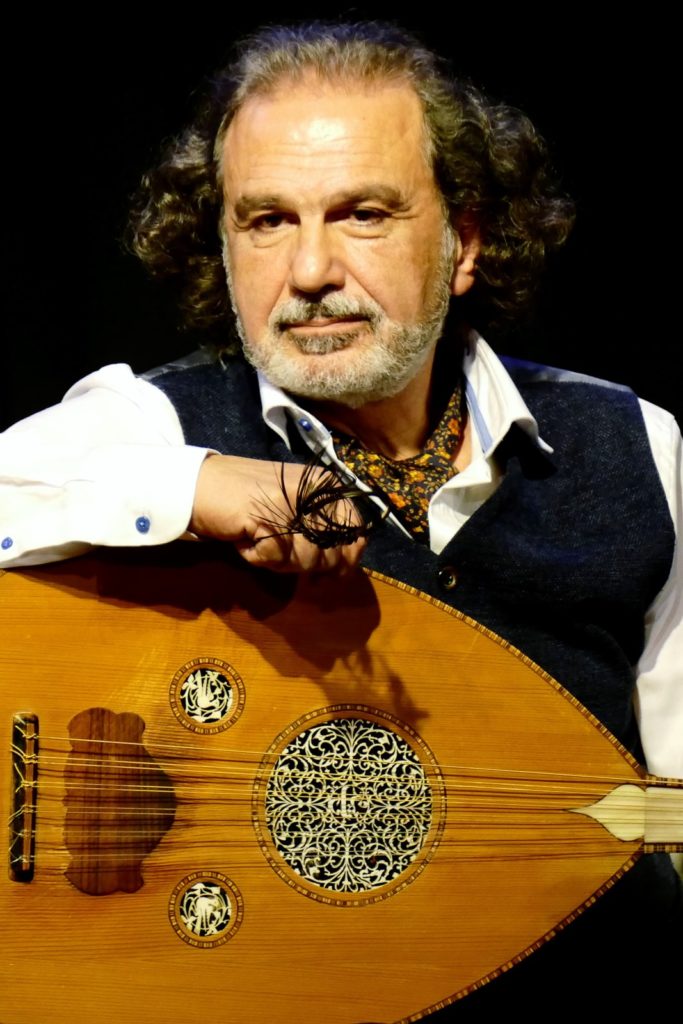 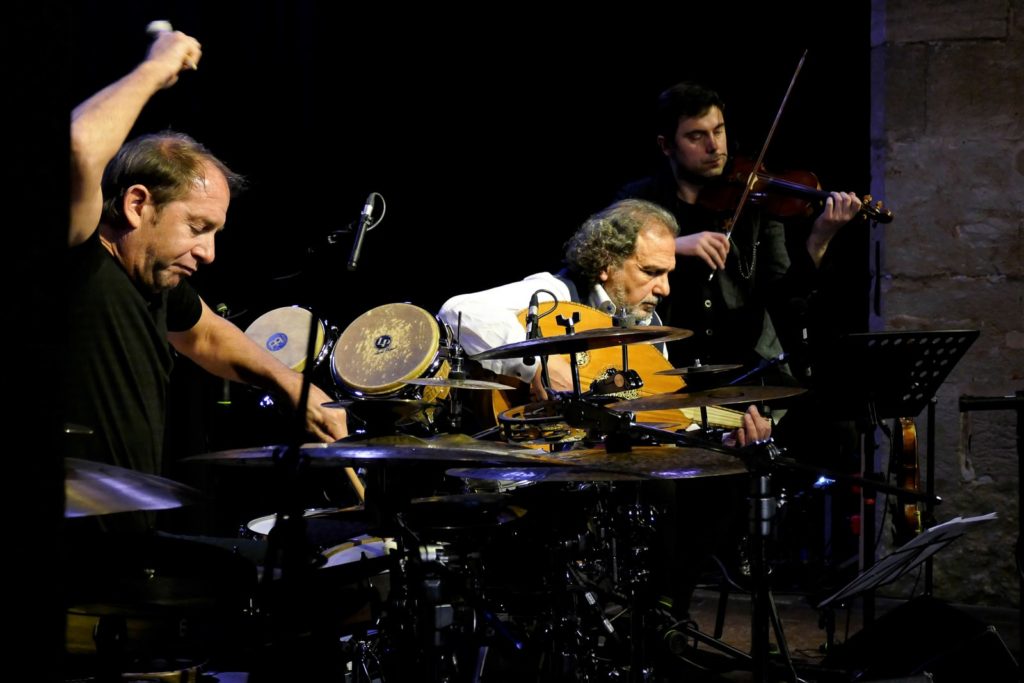 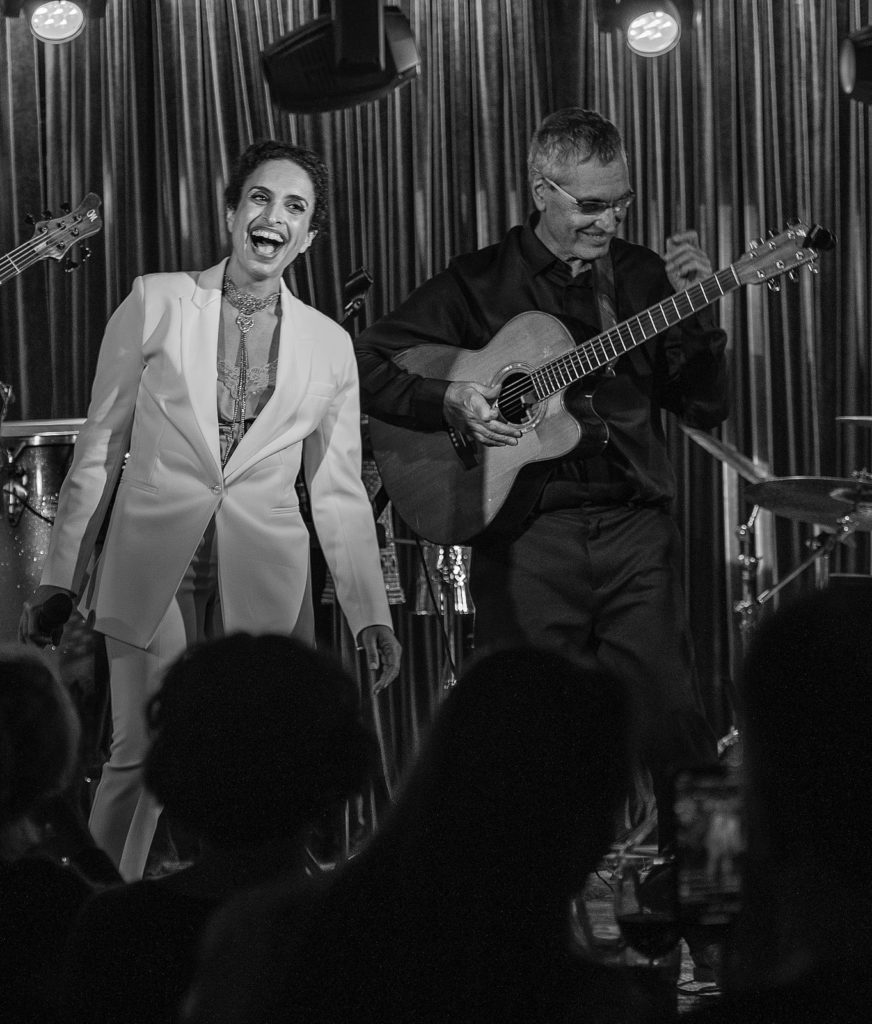