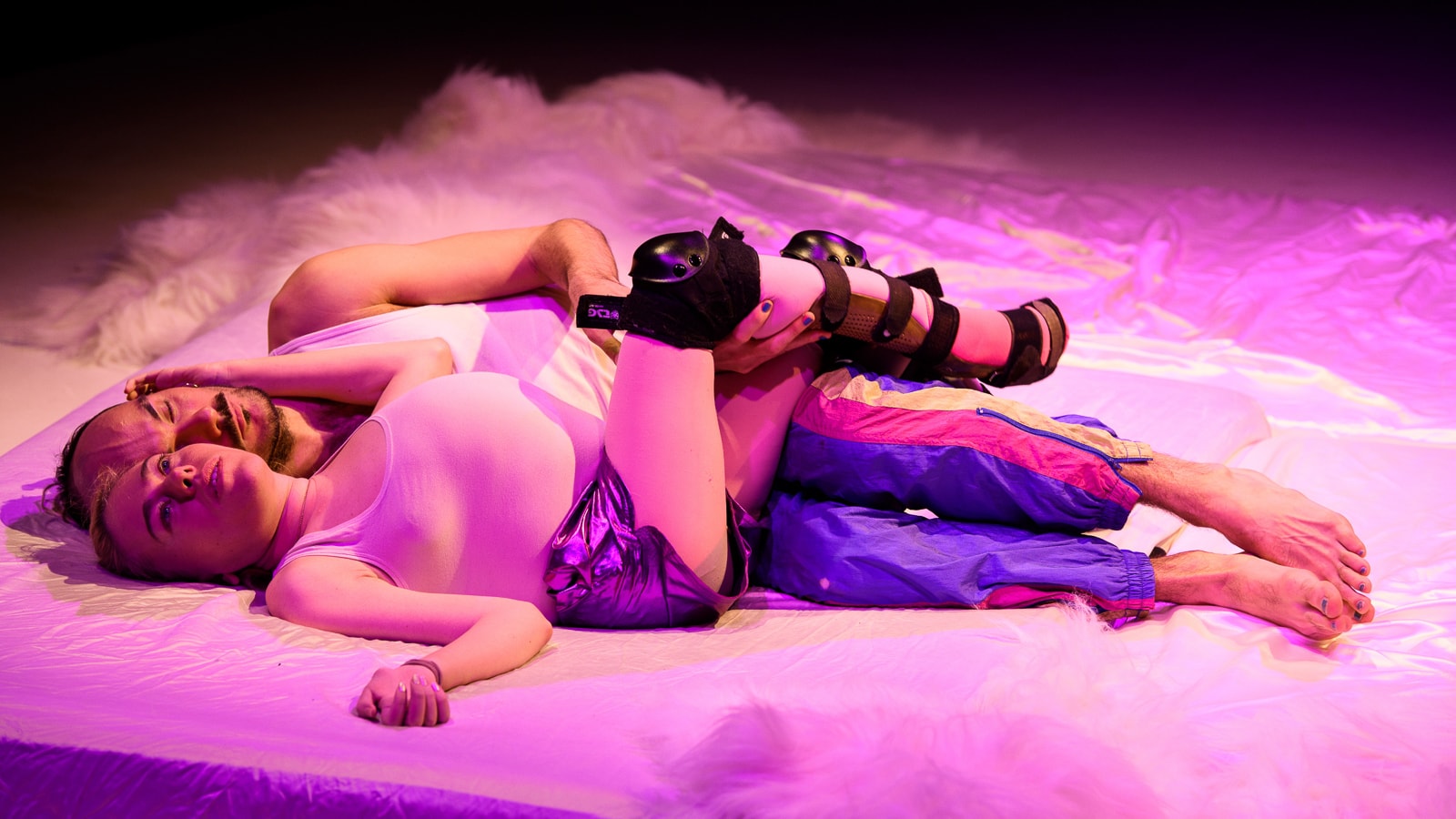 – – –
Duration: 60 min
In German and English
– – –
For the performance on Fri 24.6, an audio description and simultaneous translation into German sign language will be offered.
– – –
Audience discussion following the performance on Sat 25.6.

What does it mean to get involved with a person who has completely different prerequisites than you? In ‘SCORES THAT SHAPED OUR FRIENDSHIP’, Lucy Wilke and Paweł Duduś measure and celebrate their relationship in the shape of a tender pas de deux of touch. Kim Ramona Ranalter a.k.a. Kim Twiddle plays and mixes live music that oscillates between meditative sounds and club tunes. The production was invited to the Theatertreffen Berlin 2021 and was awarded the German Theatre Prize DER FAUST in the category Best Performer, Dance in 2020.

The actress and singer Lucy Wilke was born with spinal muscular atrophy and uses a wheelchair, the dancer and performance artist Paweł Duduś describes himself as a queer migrant feminist. Together they have developed an intimate, utopian portrait of their friendship that breaks down boundaries. In a humorous, gentle, very sensual dance, Wilke and Duduś explore what one`s own and each other’s bodies are, how we see, hear and feel them, while at the same time questioning stereotypes and normative perceptions in society and culture. In seven short chapters, the performers expose themselves to the eyes and ears of the public and meet the audience with an unconditional intimacy. `SCORES THAT SHAPED OUR FRIENDSHIP’ respects diversity, celebrates the non-normative and offers insights into an alternative way of living and being.

Lucy Wilke (*1984) is a singer, actress, dancer, writer and director. She writes scripts, directs plays and has directed several short films. She has been performing throughout Germany with her band BLIND AND LAME since 2013. She has been a permanent ensemble member of the Münchner Kammerspiele since autumn 2020.

Paweł Duduś (*1989) is active in the areas of dance, theatre and performance art, and in his artistic works he deals intensively with the topic of sexuality and intimacy, the correlation between sexual expression and identity, and how habitual patterns and processes can be broken.

Kim Ramona Ranalter (*1981) is a theatre maker, music producer, musician and DJ* Kim_Twiddle and prefers to work with artists and ensembles on interdisciplinary projects.

“A deeply intimate evening, at once touching and full of joie de vivre.” (Tanznetz)

“An evening about closeness, acceptance and devotion, a tenderly relaxed pas de deux of touches and micro-movements, which rather incidentally also questions our normative vision.” (taz) 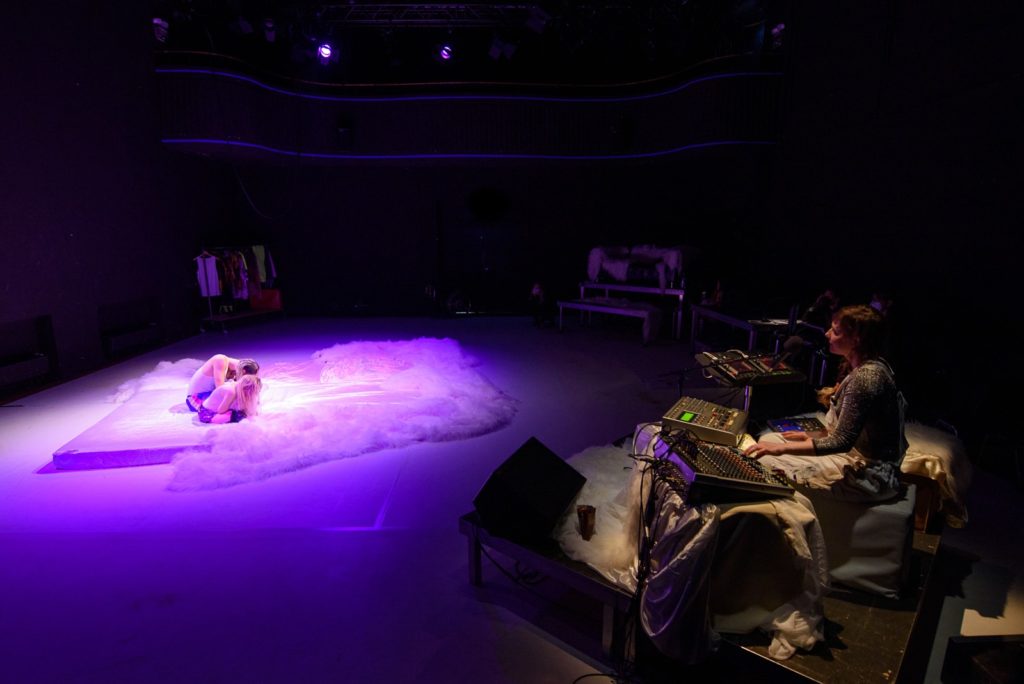 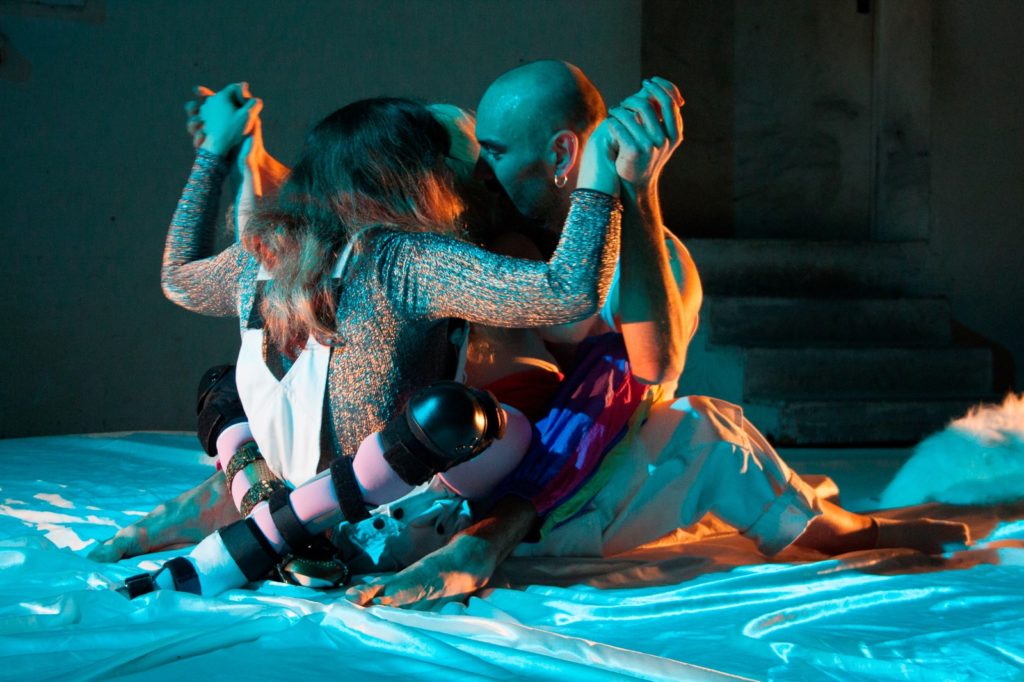 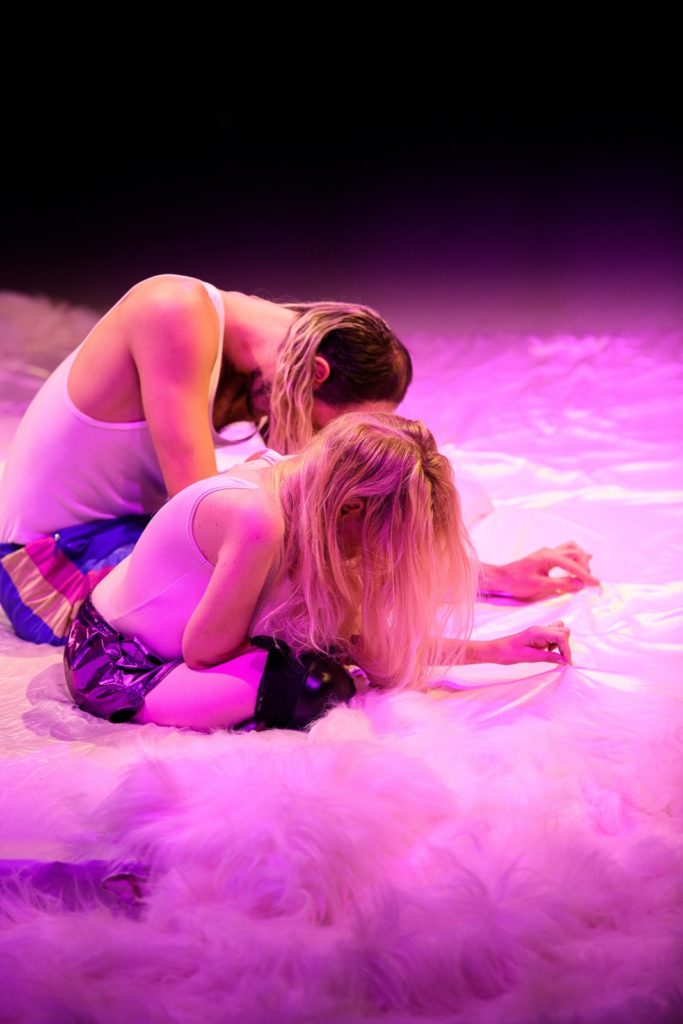 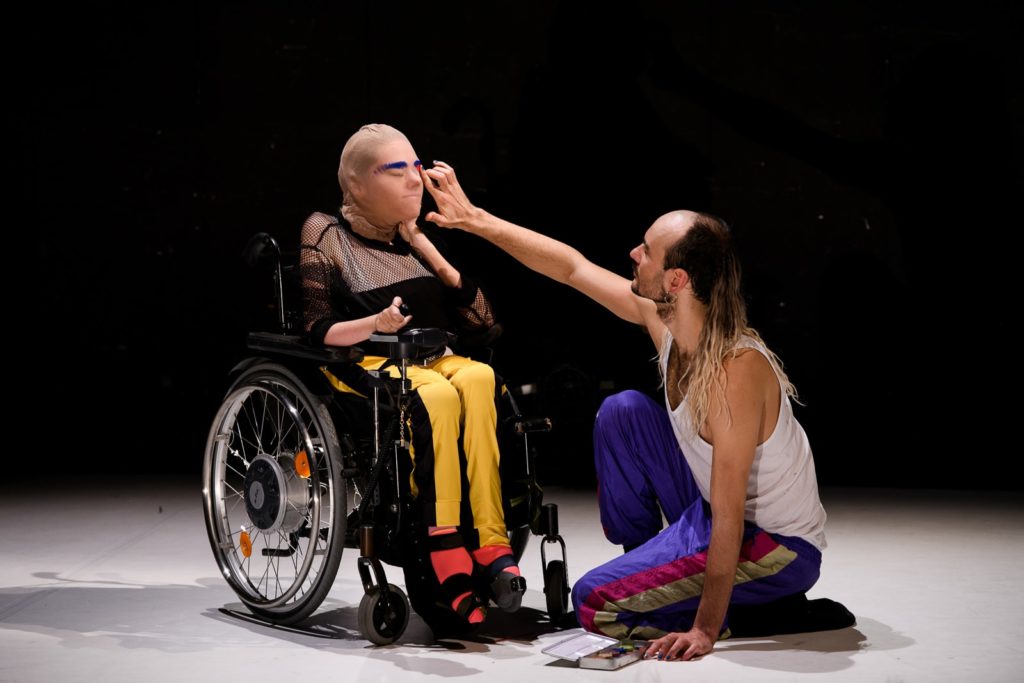 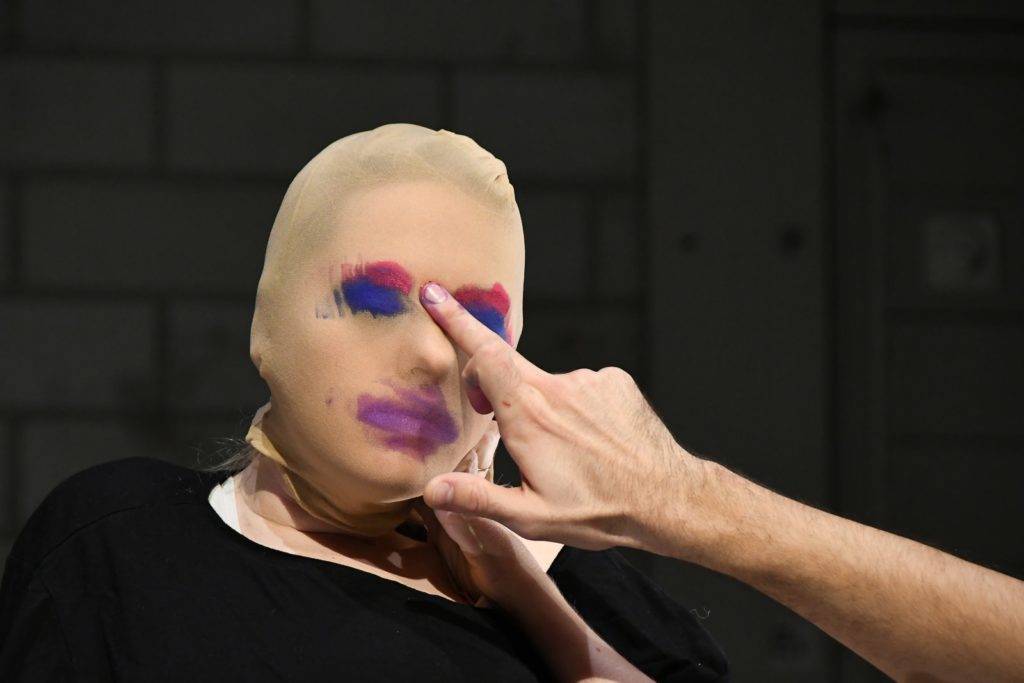 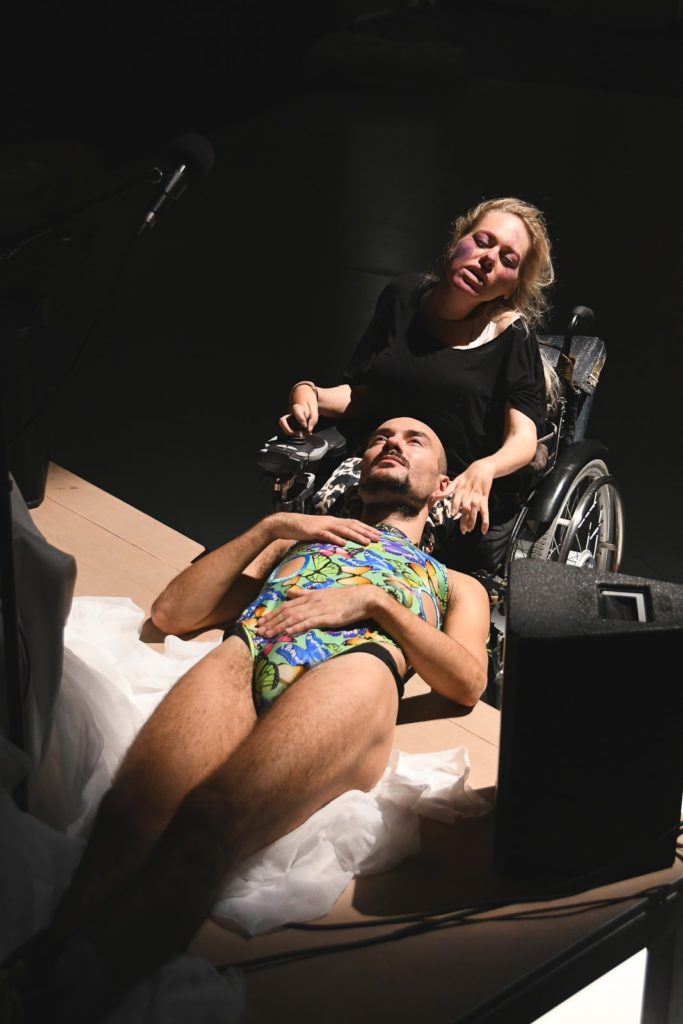 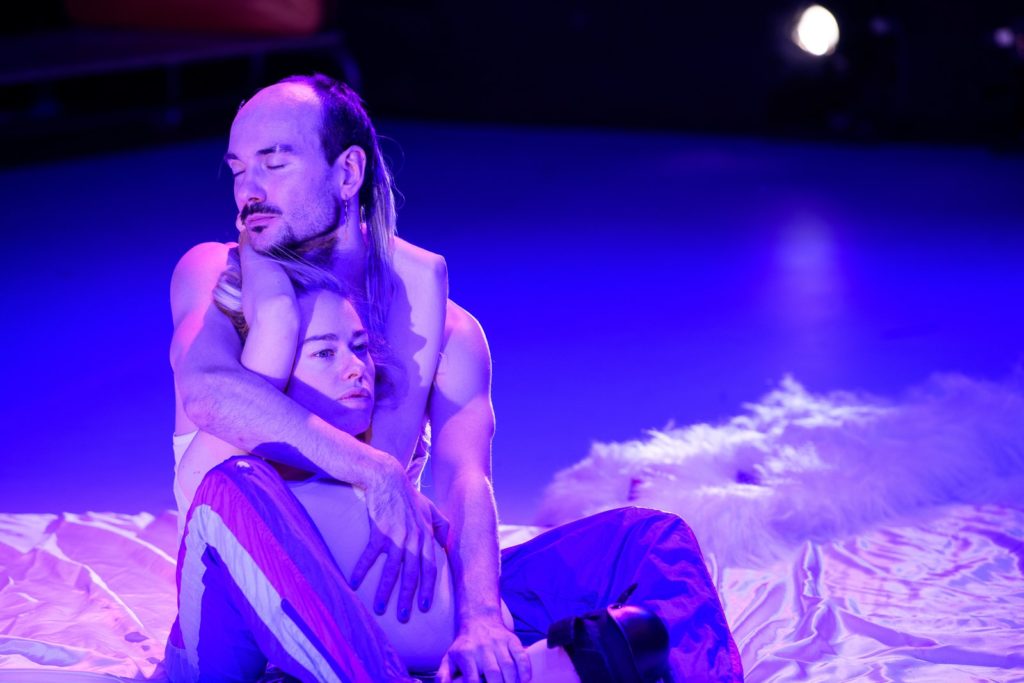 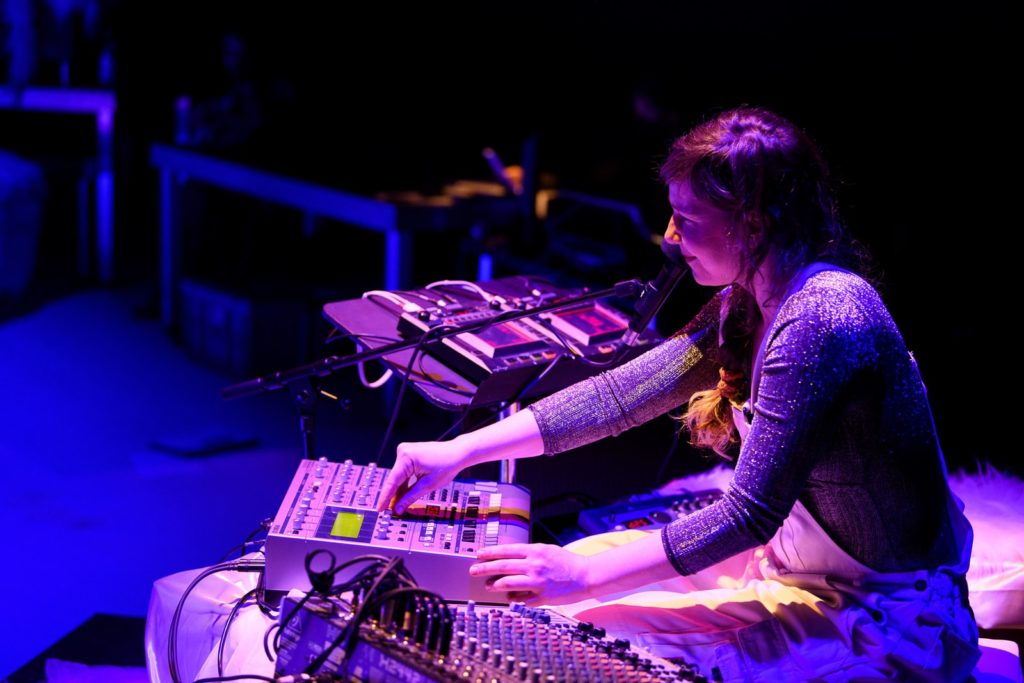 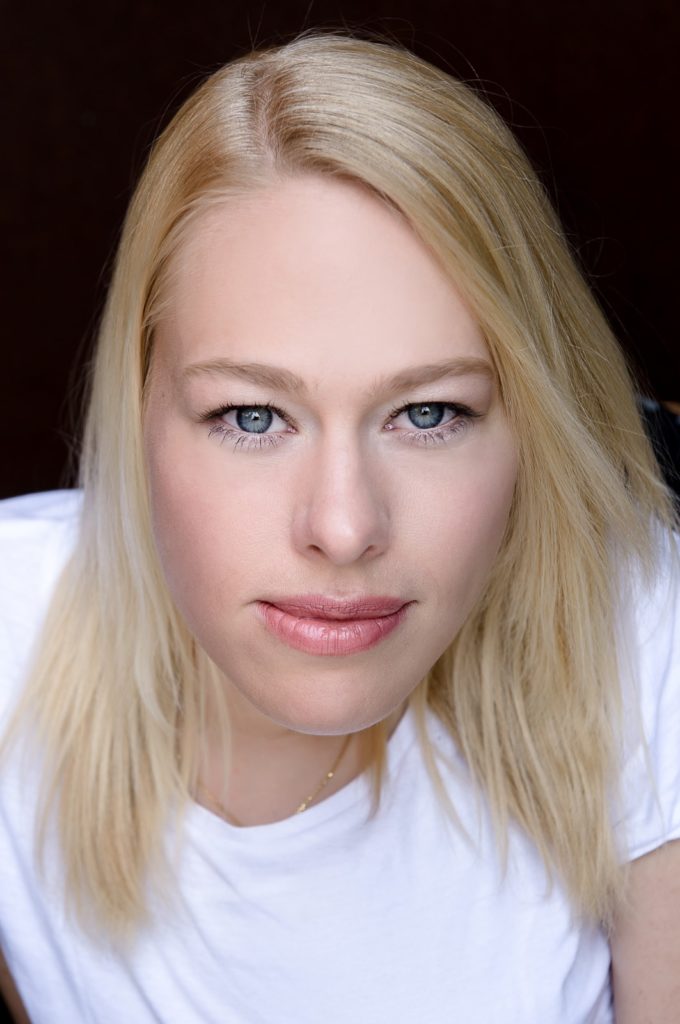 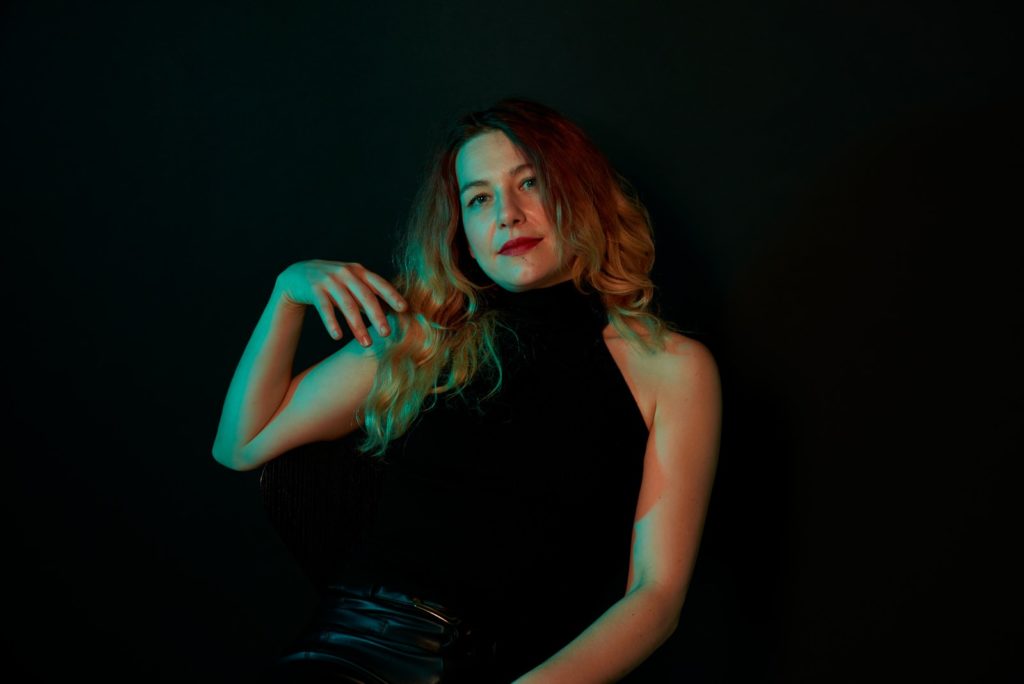 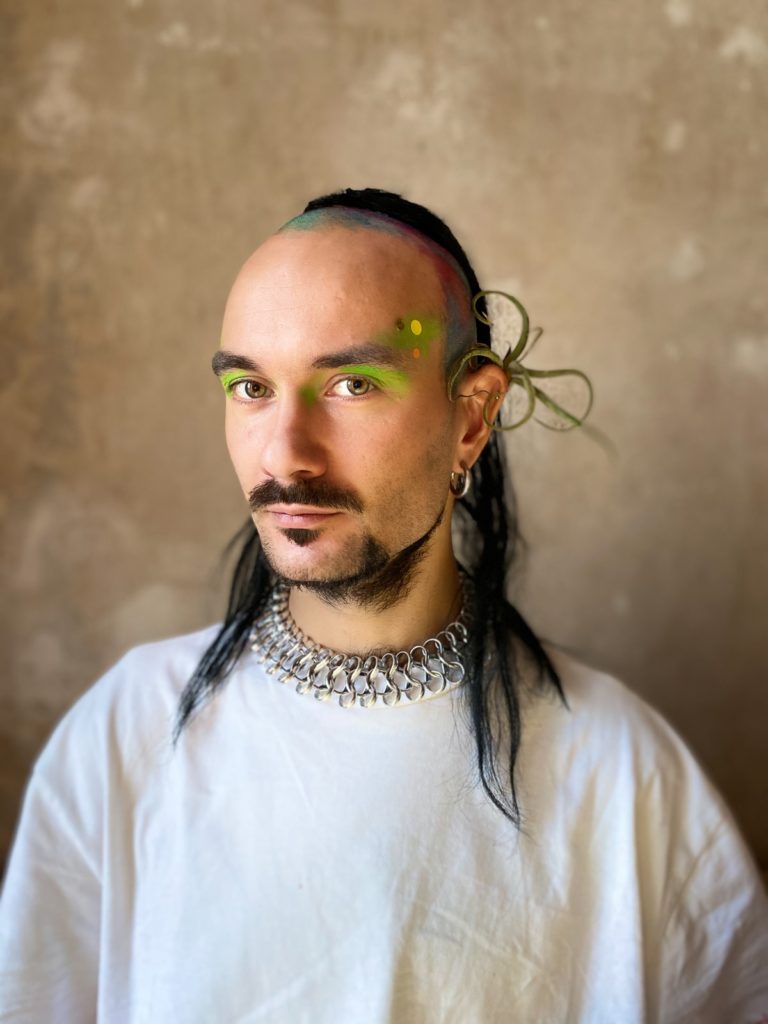