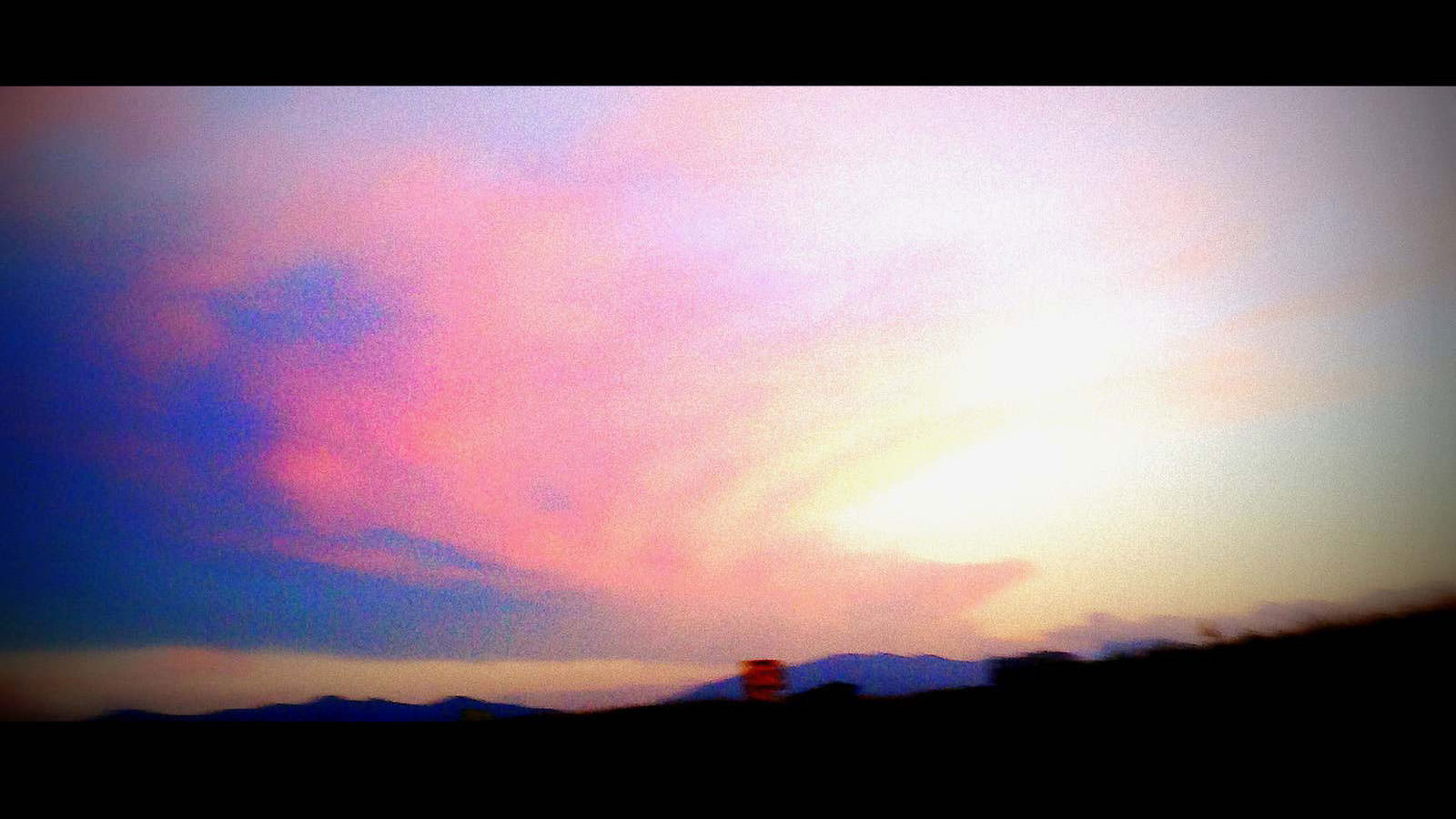 War has become quiet, visible fronts are becoming rare. Soldiers press the trigger button on a remote control. The killing is done by commanders from a cinematic god’s-eye view. The more valuable the military target, the more collateral damage is considered acceptable by those in charge. In recent years, much has changed in the way wars are conducted and communicated. This is not only due to new autonomous weapon systems and unimagined possibilities in visual surveillance. The aim is to shield people in safe countries from knowledge about wars and executions: ALL QUIET ON THE WAR FRONT. It has become easier to implement power politics militarily without being perceived as the aggressor and having to pay a price in blood. In contrast, the attacked societies not only have to endure high casualty rates in civil society. They are also traumatised by an invisible enemy that can only be noticed in the sky through the sound of its drones.

The new composition ALL QUIET ON THE WAR FRONT by Bojan Vuletic tonally and musically processes the perspectives on the ground and from the air as well as the blocking out of the noise of war in the safe distance. The work will be premiered at the asphalt Festival 2021 by a chamber music ensemble of outstanding international soloists.

The New York cellist and composer Mariel Roberts has performed as a soloist and chamber musician in a wide range of concerts on four continents, bridging avant-garde, contemporary, classical, improvised and traditional music in her virtuoso performances. Born in Frankfurt am Main, clarinettist Christoph Schneider has already won several prizes as a soloist, played in the Beethoven Orchestra Bonn and the Orchestra of the Deutsche Oper Berlin, among others, and has been principal clarinettist of the Duisburg Philharmonic since 2016. The trumpeter and performer Pablo Giw lives in Cologne and, in addition to a traditional style of playing, is primarily involved with extended techniques, percussion and noise. With his instrument, he creates dense walls of sound and grooves in which he also integrates voice and spoken word. The Romanian pianist Alina Bercu has performed on many important music stages in Europe, America and Asia, including Carnegie Hall New York, Tonhalle Zurich and Tonhalle Düsseldorf, and has worked with renowned symphony orchestras. Her debut CD with chamber music works by Schubert and Brahms was awarded the “Golden Label” (Benelux) and “Cle d’or” (France). Bojan Vuletic is a composer, sound artist and guitarist. He has worked with Markus Stockhausen, Nate Wooley, Bojan Z, the MIVOS Quartet, the WDR Radio Orchestra and Choir and the Düsseldorf Symphony Orchestra. Audio realisations of exhibitions in collaboration with the artist Danica Dakic were shown at documenta 12 Kassel, the Liverpool Biennale and the Venice Biennale, among others. 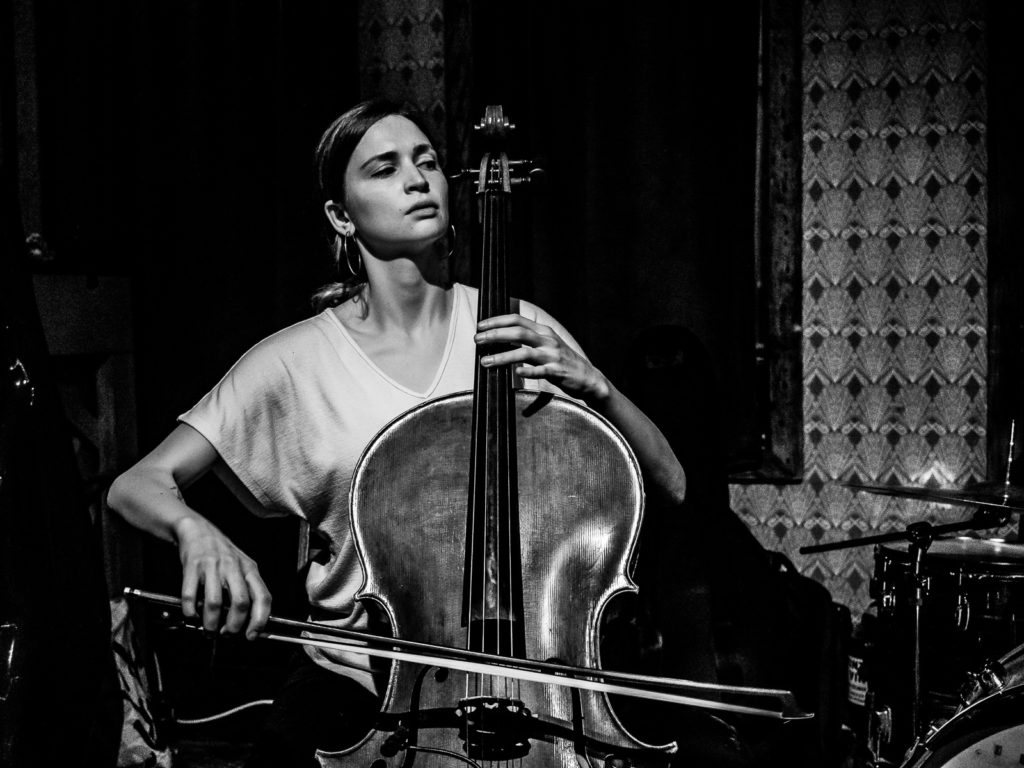 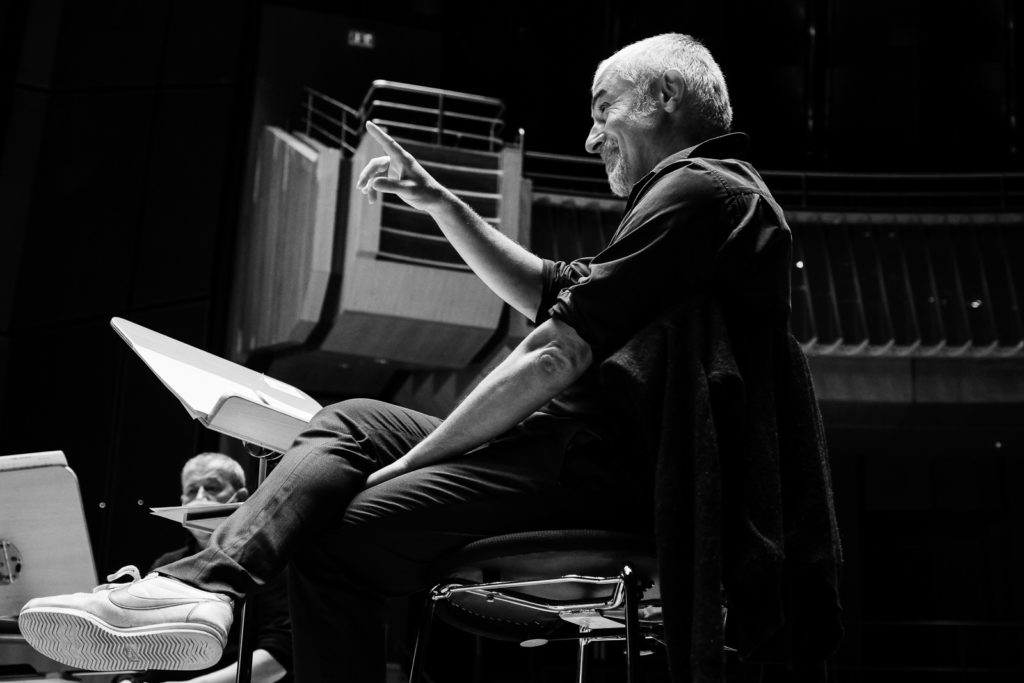 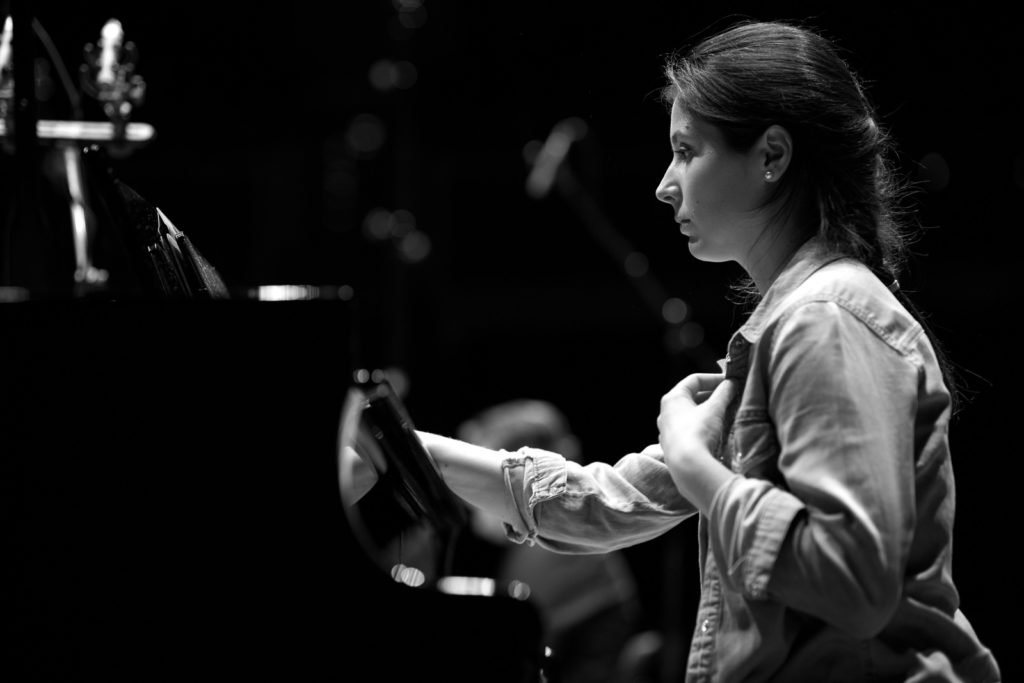 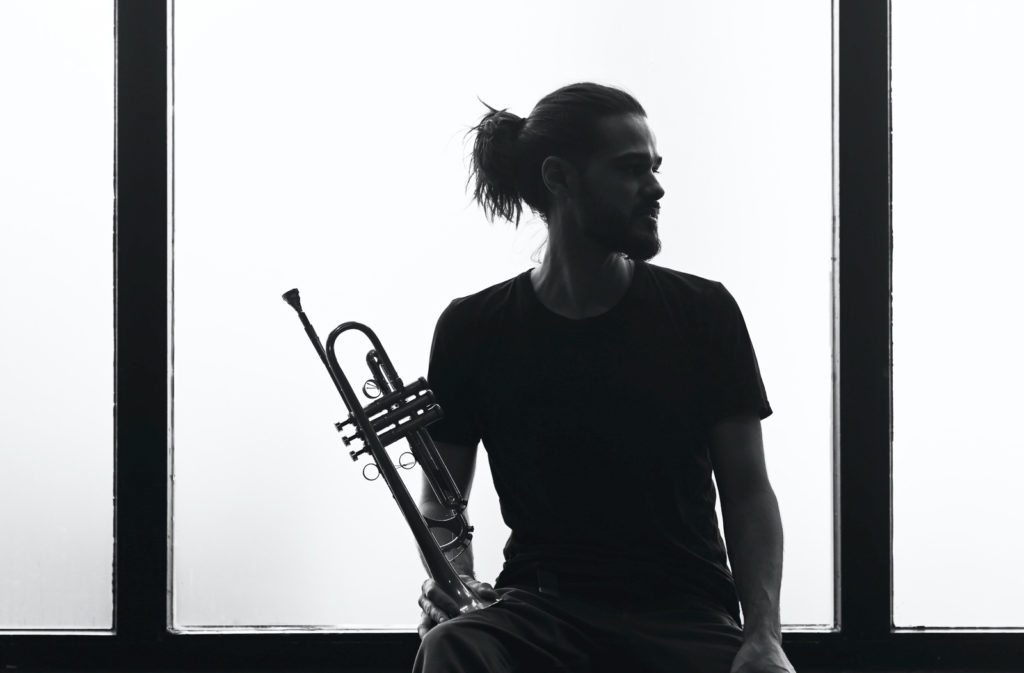 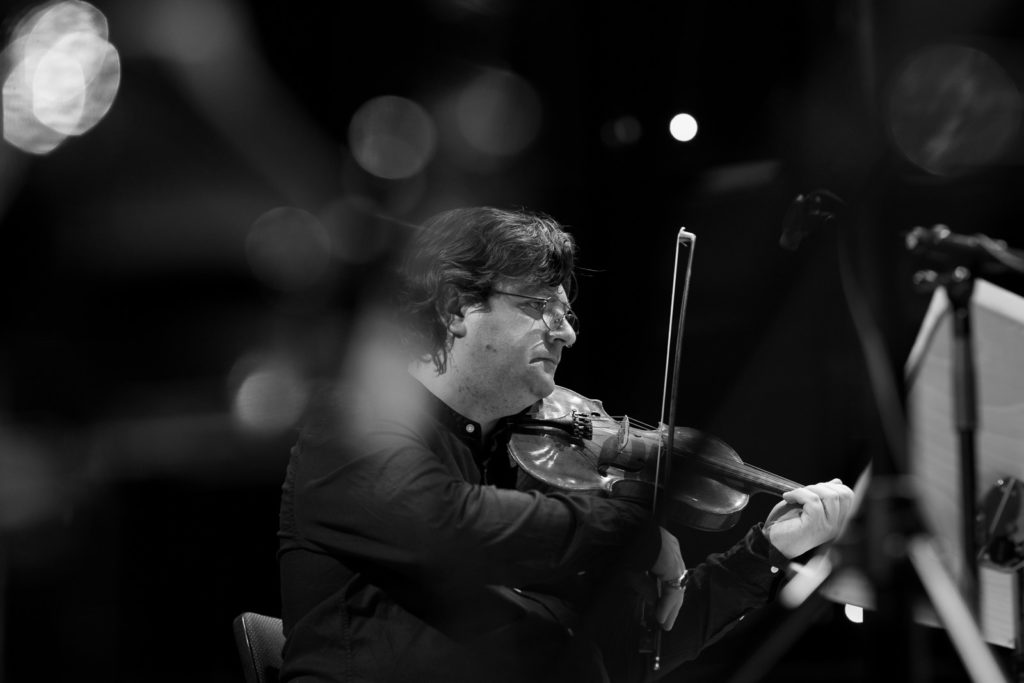 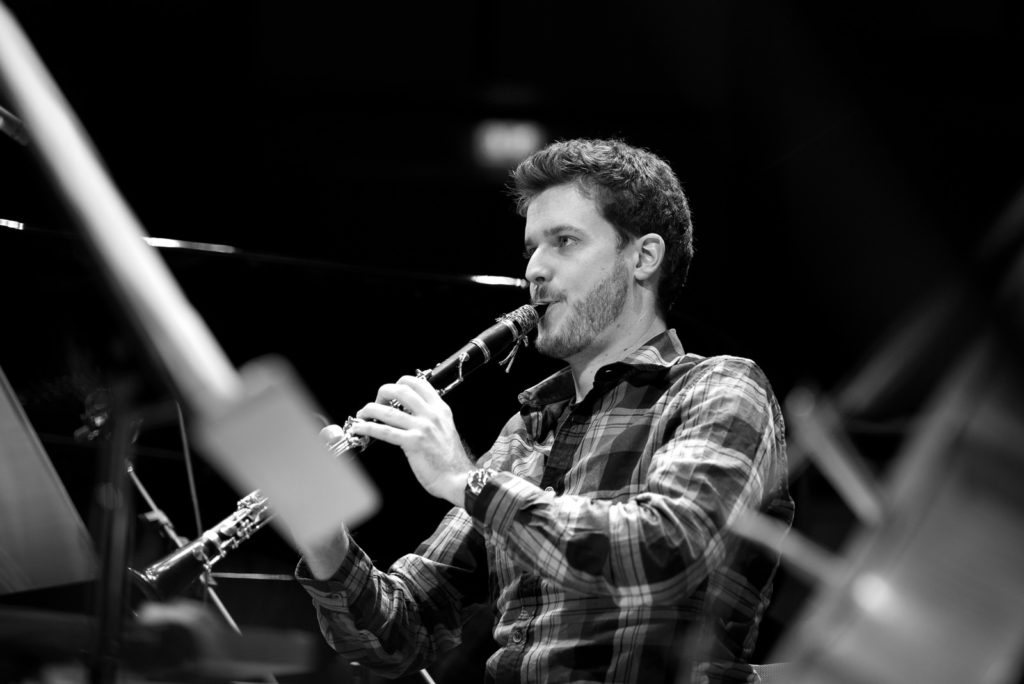