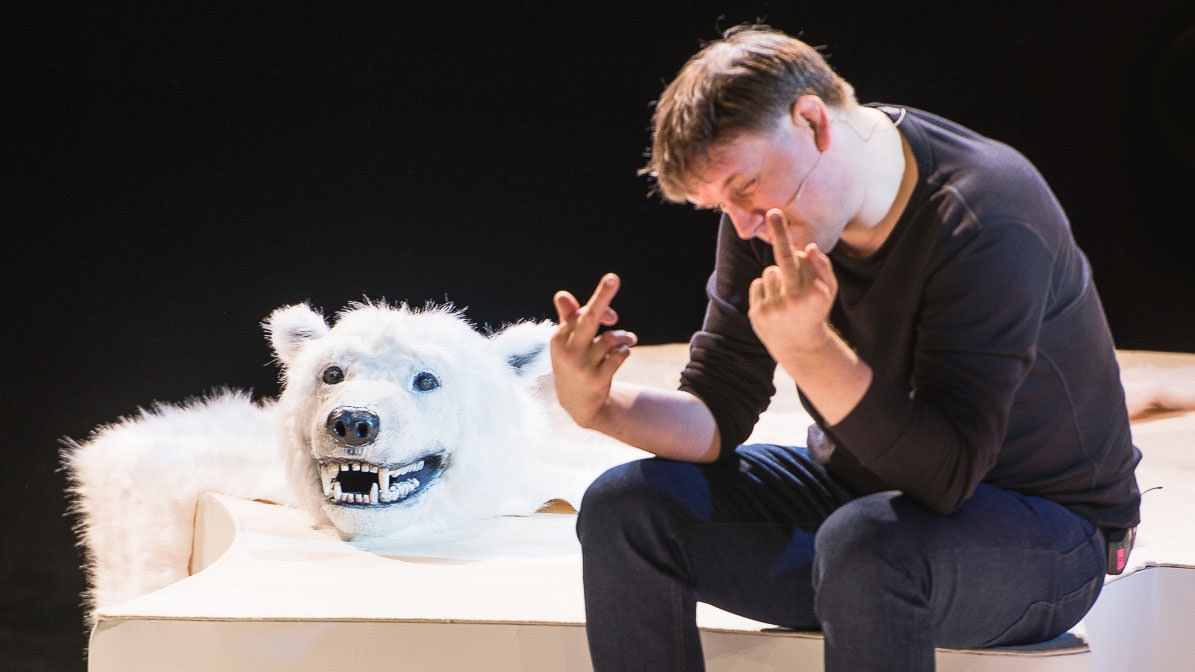 “It is one of those rare moments in which theatre explains, without pointing the finger. It’s more like a gentle pat.” (Theater heute)

Doing theatre with Tourette’s? At first glance this seems impossible, after all, no line is certain and no movement can be repeated. But Helgard Haug from Rimini Protokoll impressively proves the contrary. In her piece Chinchilla Arschloch, waswas she brings three people with Tourette’s syndrome onto the stage: Christian Hempel, who has made it his life’s work to educate people about this condition, the musician and geriatric nurse Benjamin Jürgens and the politician Bijan Kaffenberger. Their tics cannot be controlled, ranting and motor outbursts are part of their everyday life. Together with the musician Barbara Morgenstern, the three protagonists subject theatre to a stress test: how much lack of intention can it take? How much protection can it offer when the stage is actually made for the opposite – for precision, repeatability, control, world history and spectacle? And it quickly becomes clear: this is not just about Tourette’s at all. This piece is about the audience, the theatre and the fear of losing control.

The author and director Helgard Haug founded the theatre collective Rimini Protokoll 20 years ago together with Stefan Kaegi and Daniel Wetzel. Since then, the three have been developing artistic projects worldwide under this label in different line-ups. Rimini Protokoll have received numerous awards for their documentary theatre pieces, interventions, scenic installations and radio plays with the so-called ‹experts of daily life›. They received, amongst others, the Mülheimer Dramatikerpreis, the Deutsche Theaterpreis Faust, the Europäische Theaterpreis, the Silver Lion of the Venice Theatre Biennale and the Deutsche Hörspielpreis. Chinchilla Arschloch, waswas had been invited to the Berlin Theatertreffen 2020. The radio play production of the same name, developed on the basis of the play, won the ARD Deutsche Hörspielpreis in 2019.

“Chinchilla Arschloch, waswas is therefore not a play about Tourette’s. It is about breaking taboos, about freedom, loneliness, self-confidence, the calming power of music. It’s a piece about voyeurism, faked tolerance and empathy. It is phenomenally well-made, well-thought-out theatre because it touches, irritates, and scares you, because it surprises you with familiar things, so that in the end, ideally, you end up questioning your stance.” (Deutschlandfunk)

“A magical theatre evening that gives the three performers and the musician the means to strain the format of theatre, to stretch it and use it to their advantage.” (Spiegel Online) 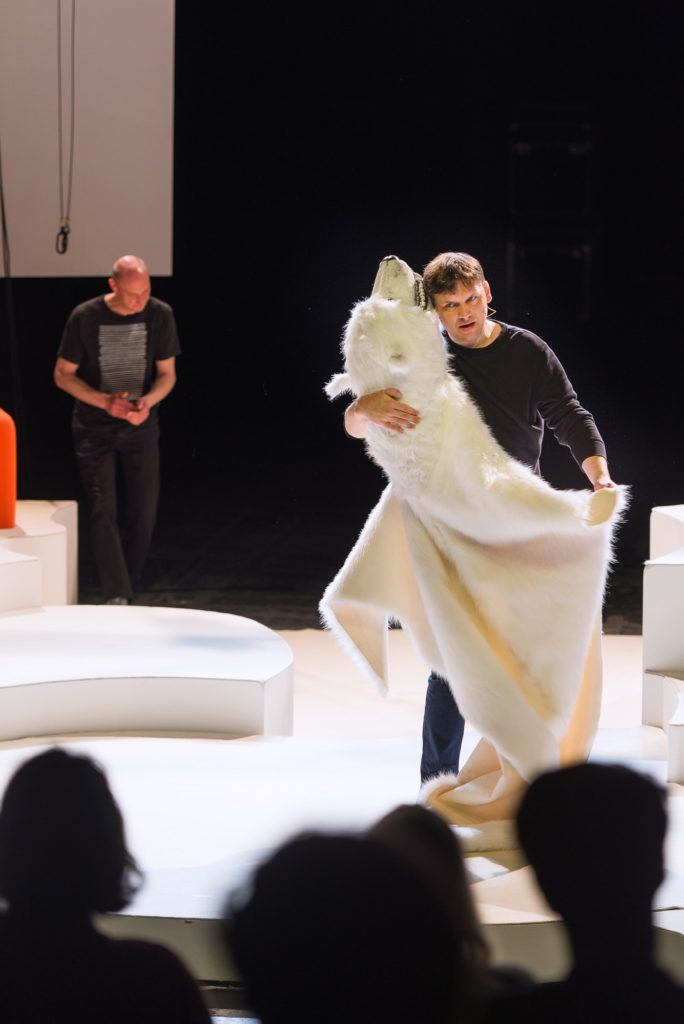 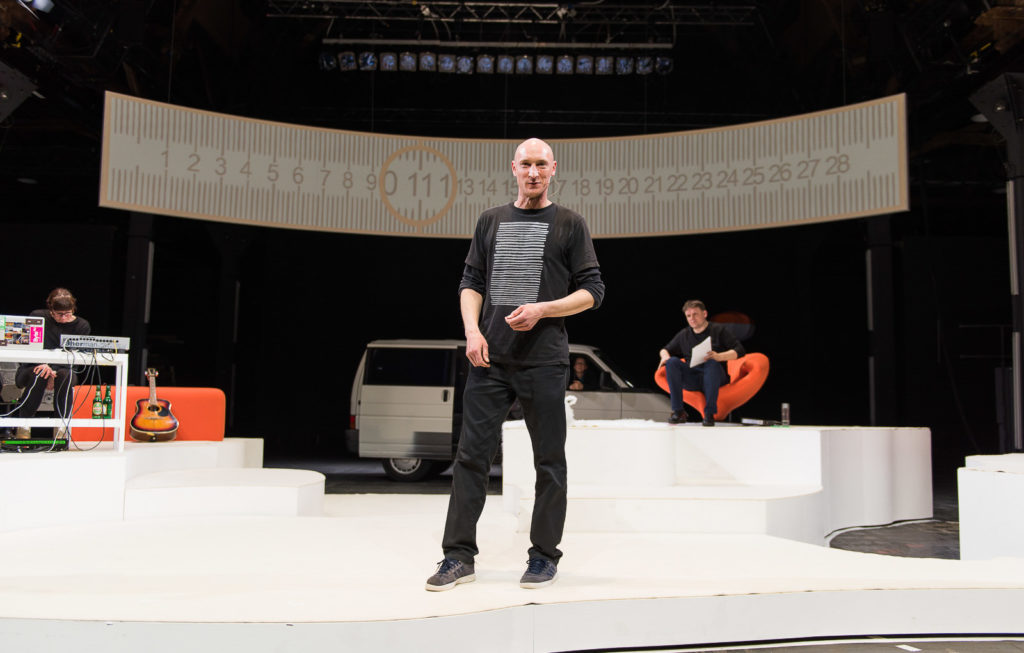 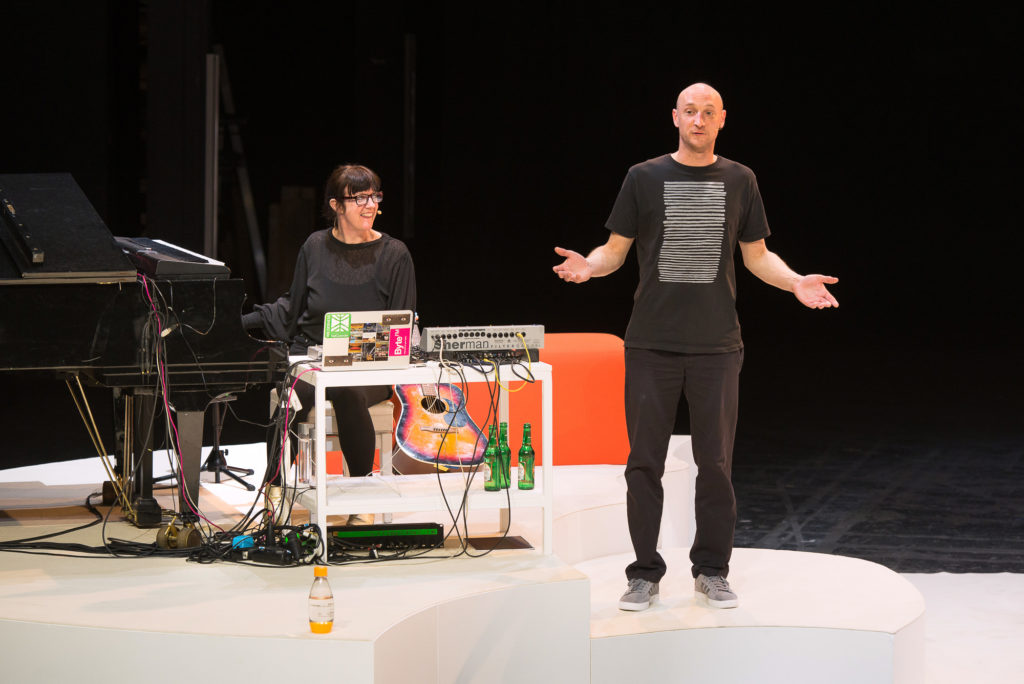 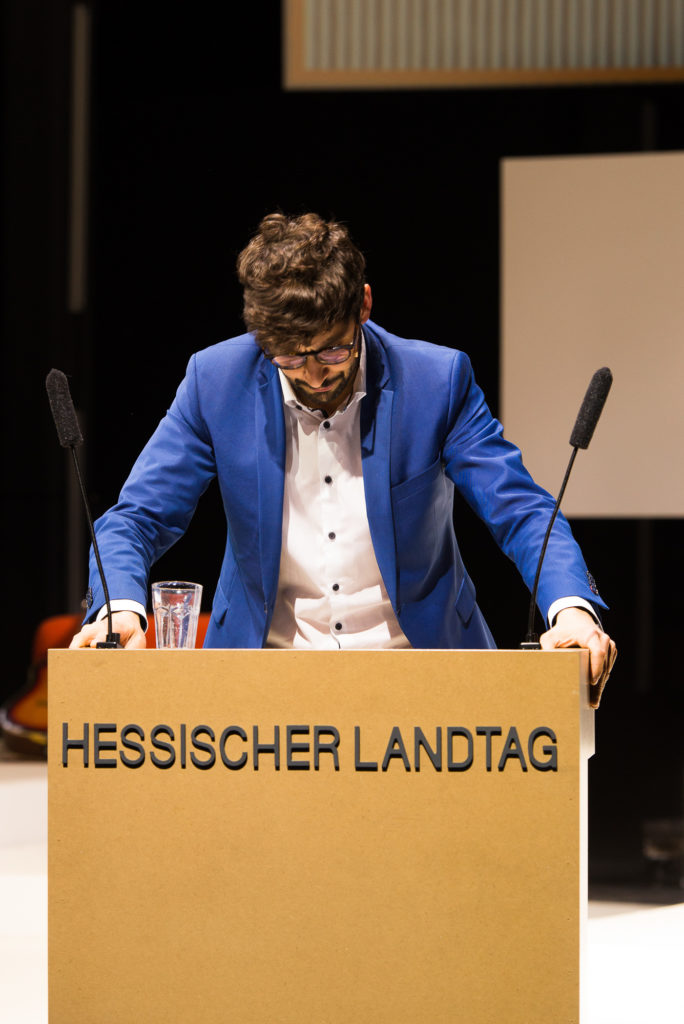 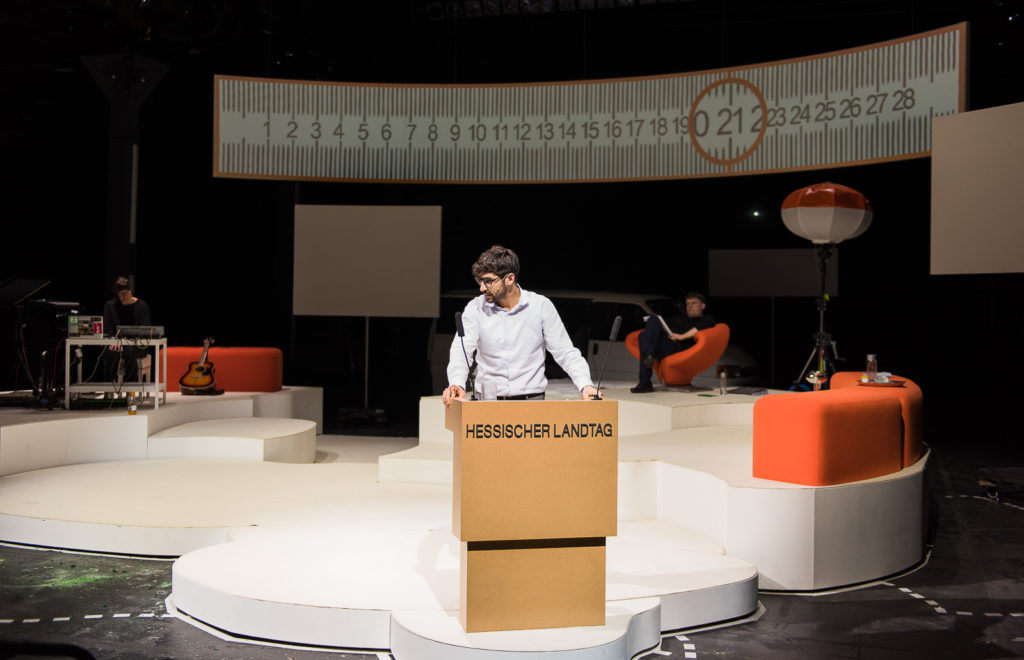 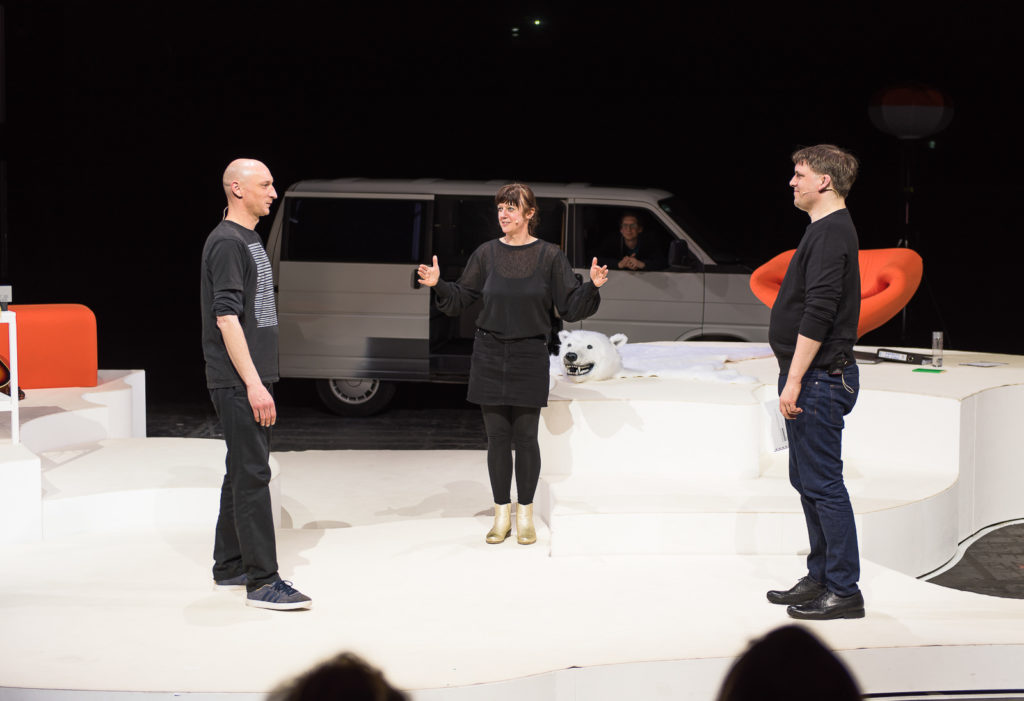 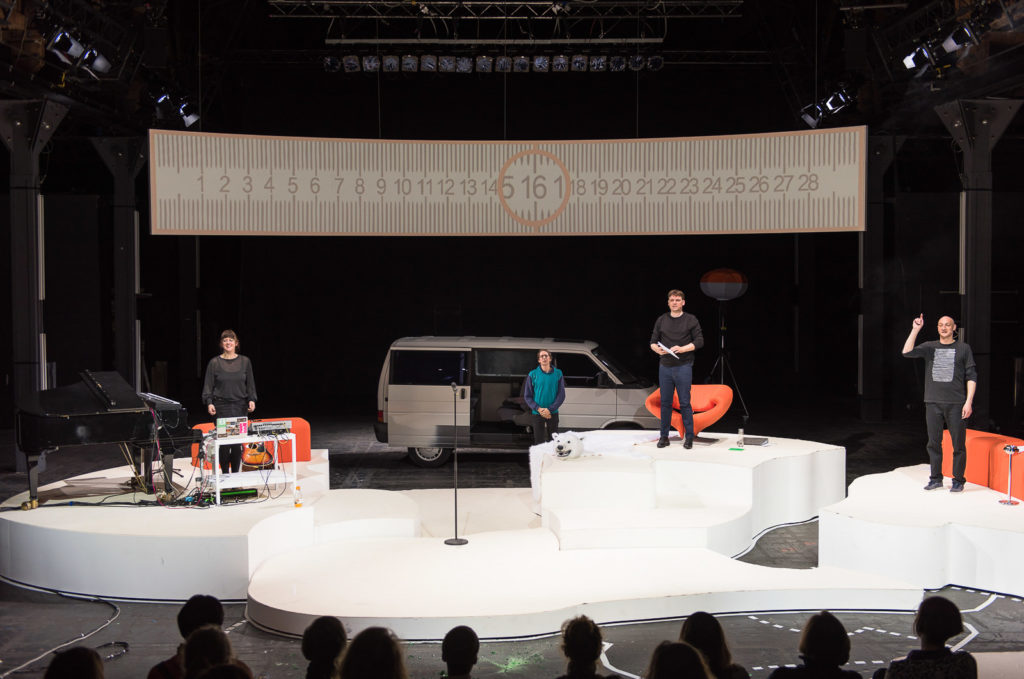 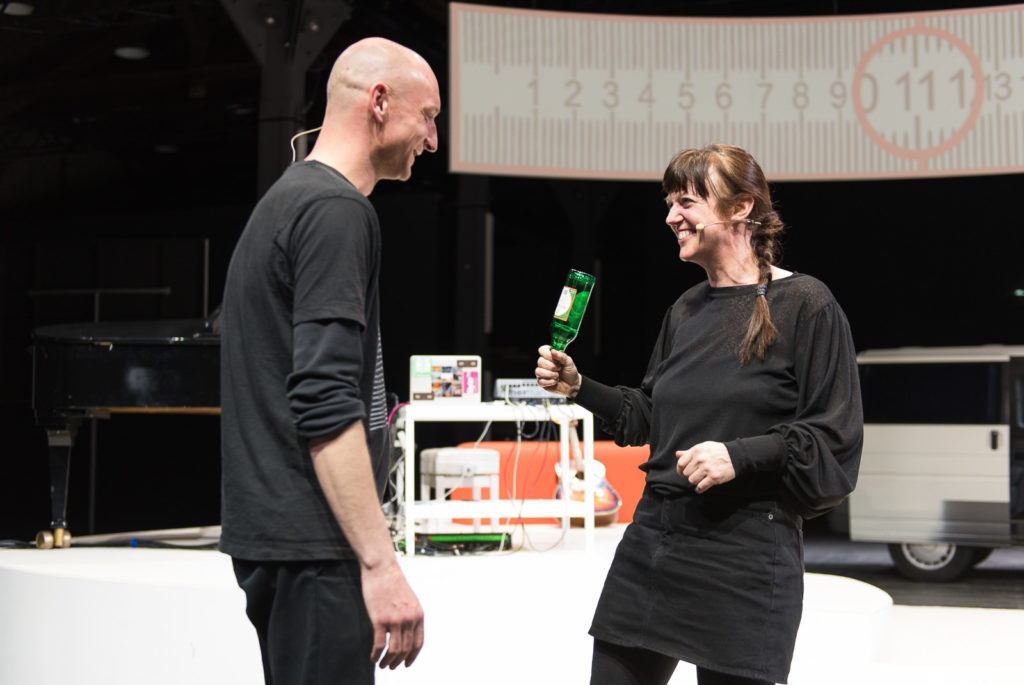