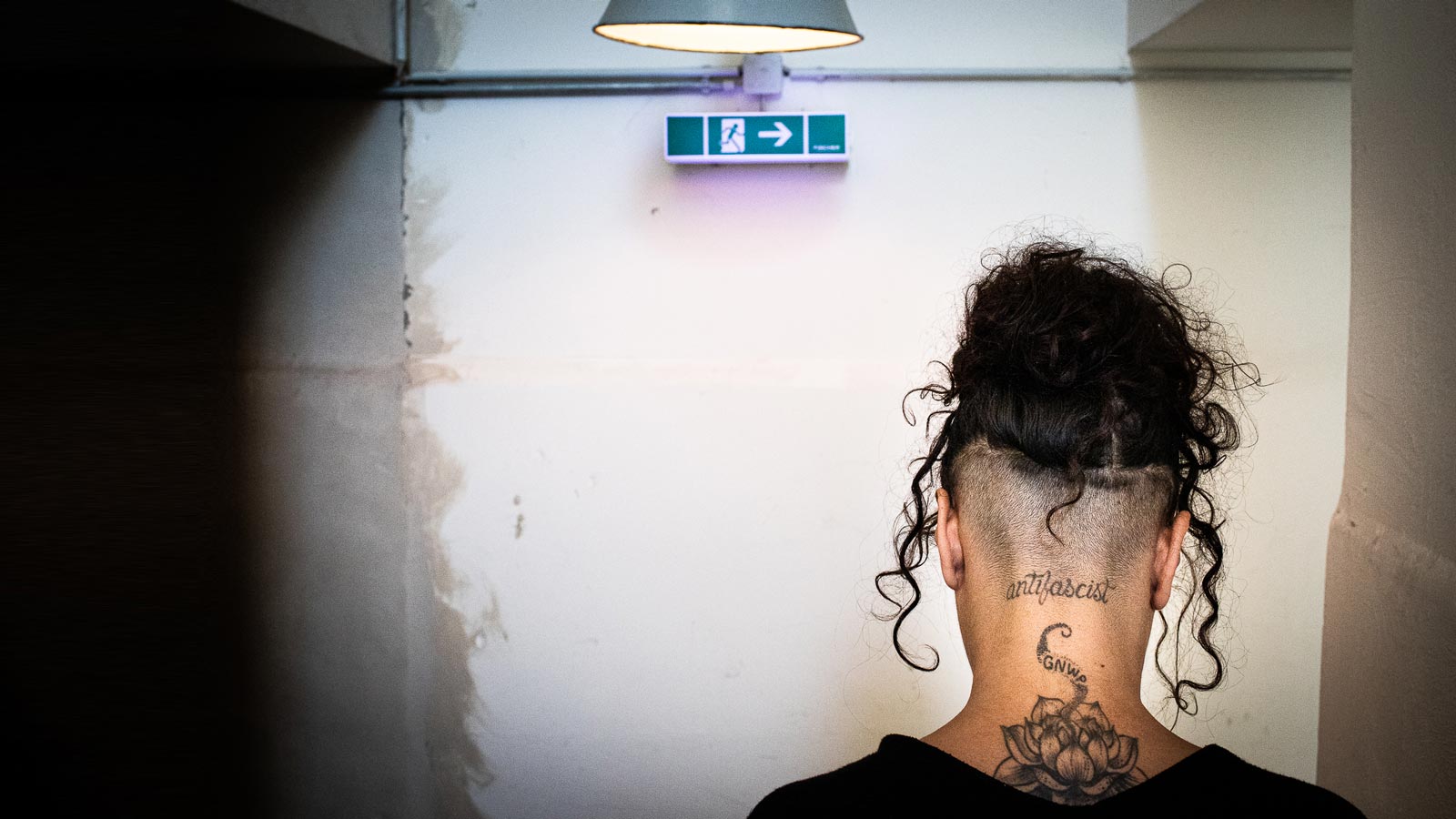 Sinti:zze and Rom:nja are part of our society. They live and work – some only recently, others for centuries – in the midst of our joint world. But what do we actually know about them? The clichés and prejudices are quickly drawn: fortune-telling women with long skirts, families who play music in the pedestrian zone, or people who steal from others on buses and trains. Yet the promise of independence and freedom also surrounds Sinti:zze and Rom:nja. But whether it is contemptuously or romantically exaggerated: All this has more to do with those who look at it than with those it refers to. Discrimination against the Sinti:zze and Rom:nja has a long, shameful tradition. The fact that the general society knows little about their culture and customs has sometimes serious consequences for the everyday life of these people in Germany.

Together with Sinti:izze and Rom:nja from North Rhine-Westphalia, director Stefan Herrmann, who is himself Sinto, questions the coexistence in a performative audio walk through Düsseldorf. Everyone has certain ideas about stereotypes and clichés. But how do these actually come about and what does it do to those who are described by them? How can visibility work in a world full of prejudices? How can coexistence be shaped on an equal footing and level playing field? In times of increasingly vehemently argued identity politics, it is becoming more and more difficult to come to an understanding. How can a pluralistic society function? How do you create real social change?

Stefan Herrmann, born in Hamburg in 1976, learned his craft as a director from Peter Zadek, Claus Peymann, Thomas Langhoff and Volker Lösch and was engaged at various theatres in Germany, including the Hamburger Kammerspiele, the Berliner Ensemble and the Staatstheater Stuttgart. In 2017, his production of Michael Kohlhaas won the Monica Bleibtreu Prize, which is renowned throughout Germany. For more than ten years, Hermann has been developing participatory and biographical theatre projects on socially relevant and explosive topics. He is also a drama lecturer and lives with his family in Bonn.