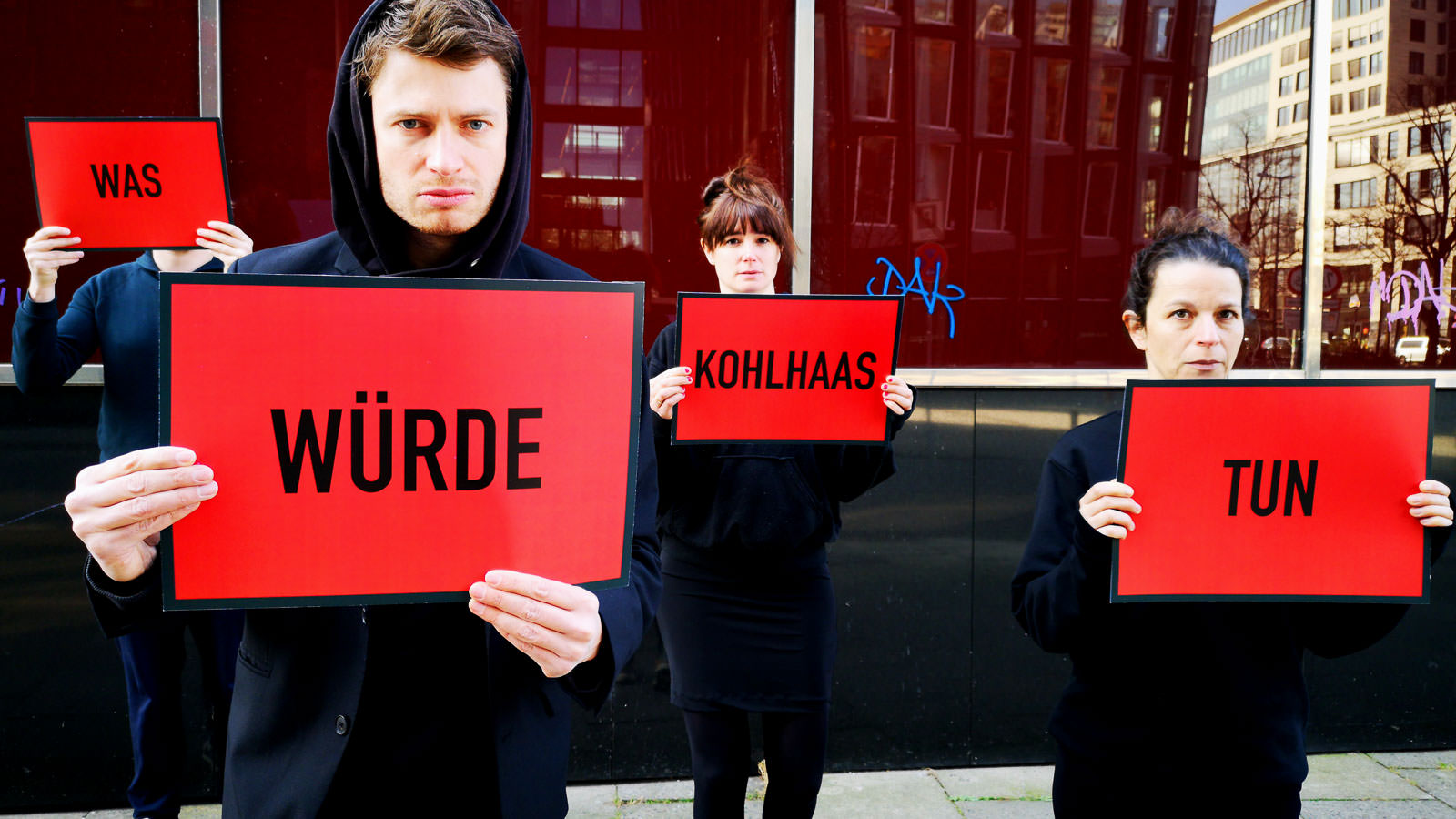 At which
point does
a system
become so
unjust that
we need
to fight
back?

In 2018, an investigation into Cum-Ex trading uncovered the largest tax scandal in Europe’s history: investors, banks and stockbrokers unjustly lost their nations’ treasuries at least 55 billion euros through a triangular trade of shares. Two years later some of the stakeholders are facing trial, however their dealings have long disappeared from public focus. And yet a number of questions still remain unanswered: What was known amongst politicians? Who decided to look away? Could it be that the wealthy were more important than the public?

Theatre director Helge Schmidt and his team’s award winning production of the Cum-Ex Papers was part of the asphalt Festival in 2019 – and now here comes the follow-up. In collaboration with the investigative journalist Oliver Schröm of the ARD show ‘Panorama’, Tax for free – Scholz und Tschentscher geben einen aus und Michael Kohlhaas wundert sich tells the history of a political scandal. In 2016 the city-state Hamburg demanded the refund of 47 million euros in tax derived from presumed Cum-Ex trading from the private bank M.M. Warburg & Co. Following that, however, the co-owner of the bank met with the city’s mayor Olaf Scholz. Within a few days the revenue authority led by Peter Tschentscher decided to waive the refund of the money after all… In the meantime the reappraisal of the Cum-Ex scandal worried the legislative assembly, which as a result implemented a board of inquiry with regards to the illegal trading in October 2020.

Framed by interviews with politicians, journalists and non-government organisations the production pictures the closeness of financial economics and politics through the use of documentary material in an impressive way. Through content and use of personnel the play draws on the Cum-Ex Papers, which received the Deutsche Theaterpreis FAUST – however, by referring back to Heinrich von Kleist’s tragic figure of Michale Kohlhass, it asks: At which point does a system become so unjust that the public needs to fight back? The premiere of Tax for free is planned to take place at the Hamburger Lichthof Theater at the end of May and will be streamed live – followed by the first guest performance at the asphalt Festival in July.

Helge Schmidt (born 1983 in Schwerin) was engaged at the Thalia Theater Hamburg for several seasons and has been working as an independent director since 2014/15. His production Weltverbesserungstheater at Theater Erlangen was nominated for most stand-out production of the season 2017/18 by the critic’s poll of the Deutsche Bühne. Helge Schmidt works in the independent theatre scene as well as at municipal theatres. His works have been invited to numerous festivals. 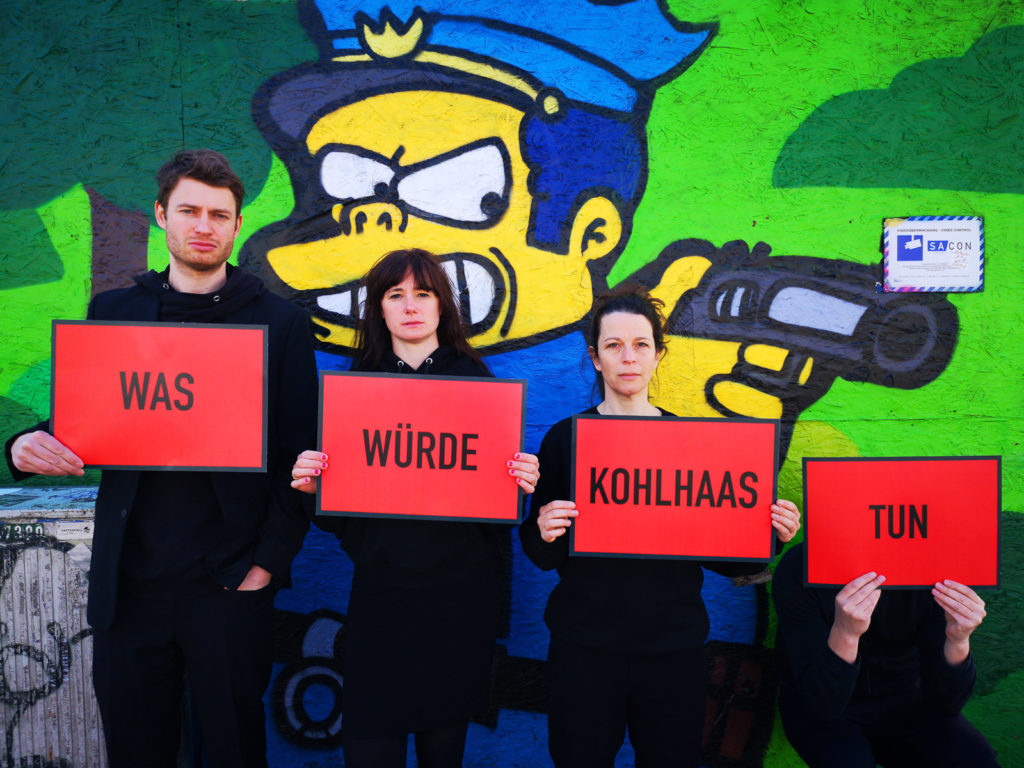