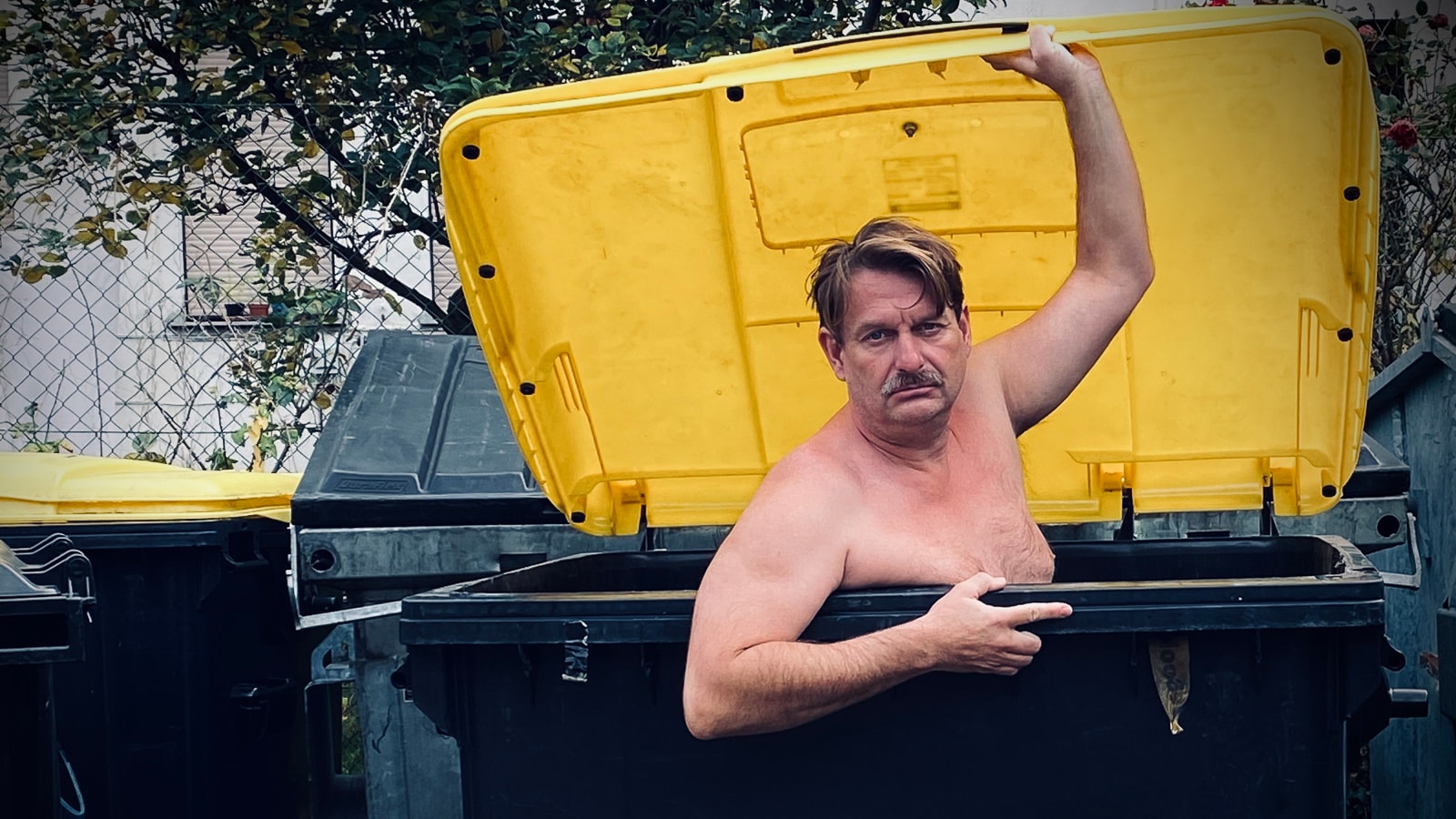 »
Wealth
is the
vomit of
happiness.
«
(Peter Trabner)

Anyone who has seen Peter Trabner at his asphalt performances in 2018 or 2020 will make sure not to miss this year’s show either- and everyone else should see it too: Trabner is a primal force on stage and an unfathomable talent for improvisation. His brilliant one-man shows are rousing, funny, clever and bursting with spontaneity. With his theatre spectacle ‘The Death of Empedocles’, Trabner already delivered a gripping play on the climate crisis and made the connection between consumption and environmental destruction crystal clear. His new work ‘The Life of Diogenes’ also takes a critical look at today’s consumer society.

Trabner acts as a modern reincarnation of Diogenes of Sinope. The ancient Greek philosopher was of the opinion that all things material, striving for power, money and bourgeois prestige prevent people from living according to their nature and attaining true happiness.

Peter Trabner joins Diogenes in the barrel and philosophises about what drives people in today’s turbo-capitalist times. Why do we dispose of superfluous things only to accumulate new ones. Why leasing contracts always keep us up to date with the latest technology, banks bundle our loans, but we still worship the tidying-up expert Marie Kondō because she questions whether our jumper still makes us happy. Is what Diogenes demanded in ancient Greece still possible today – to renounce consumption?

The multiple award-winning actor, theatre maker and performance artist Peter Trabner is a sought-after film and TV actor (including ‘Tatort’, ‘4 Blocks’, ‘Polizeiruf Rostock’). He works interdisciplinarily in the fields of dance, theatre and performance. His script for the TV film ‘Alki Alki’ (2015) was nominated for the Grimme Award, and his lead role in the production also earned him a nomination for Best Male Actor at the German Film Critics’ Award. Most recently, he starred in the Sky series ‘The Wasp’, which was nominated for the 2022 Grimme Award. One focus of Trabner’s artistic work is improvisation, which he also teaches as a lecturer at various drama schools.

A co-production with the asphalt Festival as part of the project STADT DER FREUDE, funded by the Ministry of Culture and Science of the State of NRW- Regional Cultural Policy NRW (RKP)