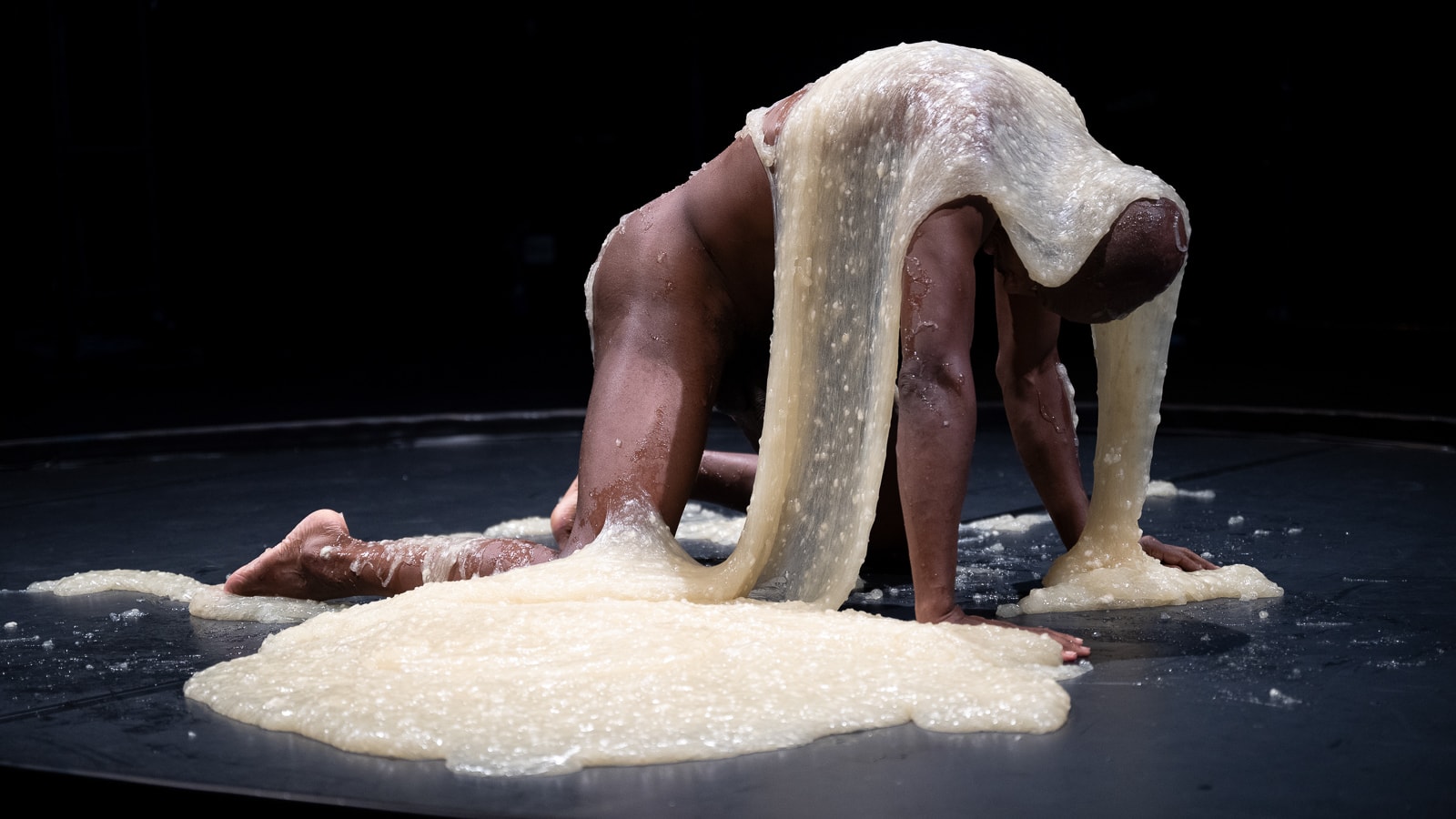 Venue without seating. If needed, seating will be provided.

When
slime
is
dancing

Slime is a biologically vital substance that triggers ambivalent reactions: disgust and shudders, but also curiosity and the desire to touch. It is not clearly solid or liquid. All life begins with moisture, we do not enter this world dry or “clean”.

Slime is a substance that is originally familiar to us, that holds the organism together and forges links. In science fiction, slime often appears in connection with aliens and represents the non-human, the unknown, which spreads fluidly. And it is also tainted with fear in our pandemic present.

In ‘Gootopia’ six performers interact with various slime substances. The slime is both material and protagonist, it is part of the dancing: on, in and between bodies. People and slime touch each other, network, mix, form alliances. New connections are constantly formed, body boundaries become fluid and associative spaces for other, slimy, utopian forms of life are opened up. Between horror and fascination, empathy and disgust, excitement and irritation, ‘Gootopia’ enables the audience to immerse themselves in the vitality of material processes.

‘Gootopia’ is a performance taking on an installation format. The audience is invited to freely choose their position and perspective in the space and to experience a multi-layered practice of dance comprising qualities of sculpture, landscape and installation.

The Austrian choreographer Doris Uhlich (*1977) has been developing her own projects since 2006. Many of her performances are examinations of ideals of beauty and norms of body image; she also deals with the ideology-free and provocative representation of nudity. Music, especially techno music, plays an important role in this. Doris Uhlich and the dancer Michael Turinsky won the renowned Nestroy Special Prize for ‘Inklusion auf Augenhöhe’ for the performance ‘Ravemachine’ in 2016. Uhlich’s production ‘Every Body Electric’ was invited to the Venice Dance Biennale in 2019, and she was named ‘Choreographer of the Year’ in tanz magazine in 2018 and 2019.

“Everywhere you look there is always something to see in this picture puzzle. The details are not important either, what counts is the whole: the encounter between man and material, between body art and art slime, marked by curiosity.” (Night Review) 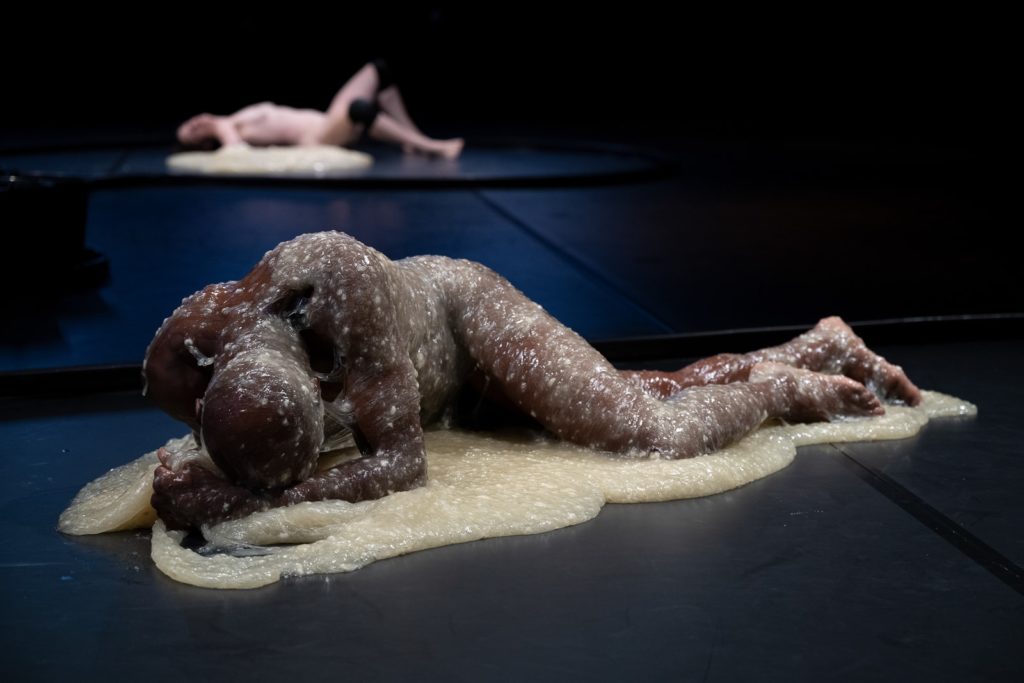 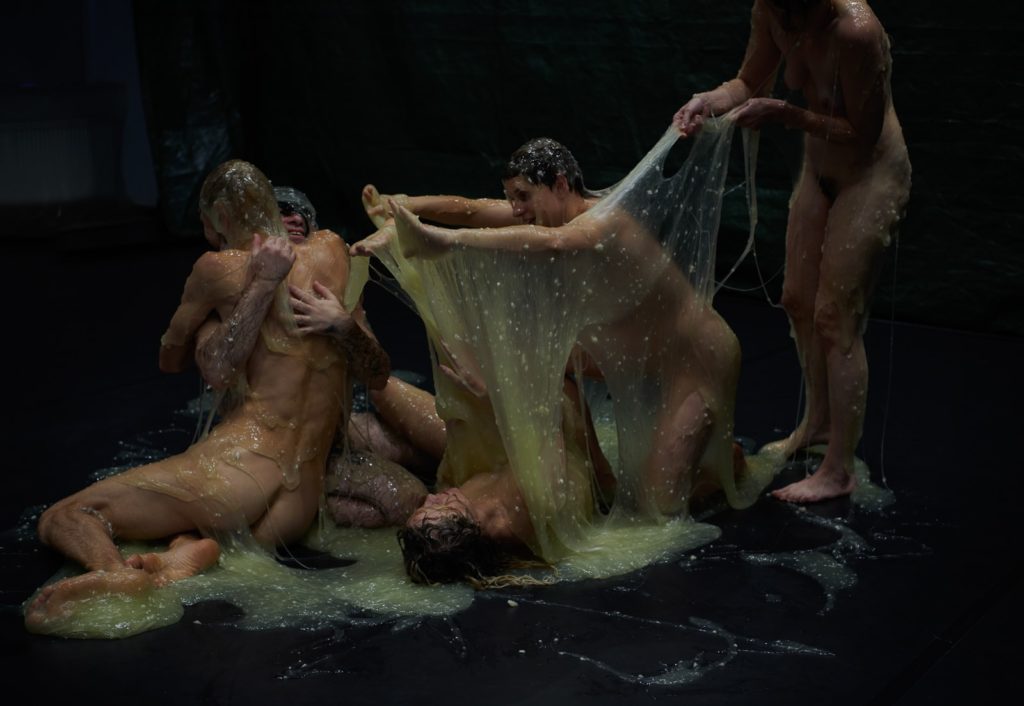 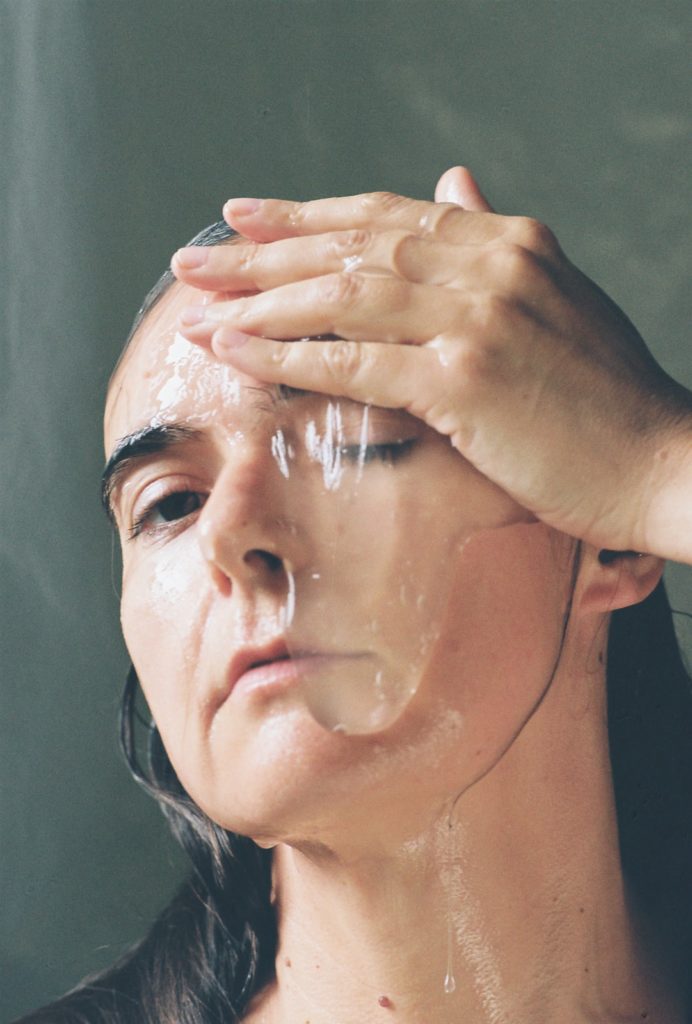 A production by Doris Uhlich in co-production with asphalt Festival, Dampfzentrale Bern, insert Tanz und Performance GmbH, Tanzquartier Wien, Theater Freiburg, supported by the Cultural Department of the City of Vienna, the Federal Ministry of Arts, Culture, Civil Service and Sports and the Fonds Darstellende Künste with funds from the Federal Government Commissioner for Culture and the Media